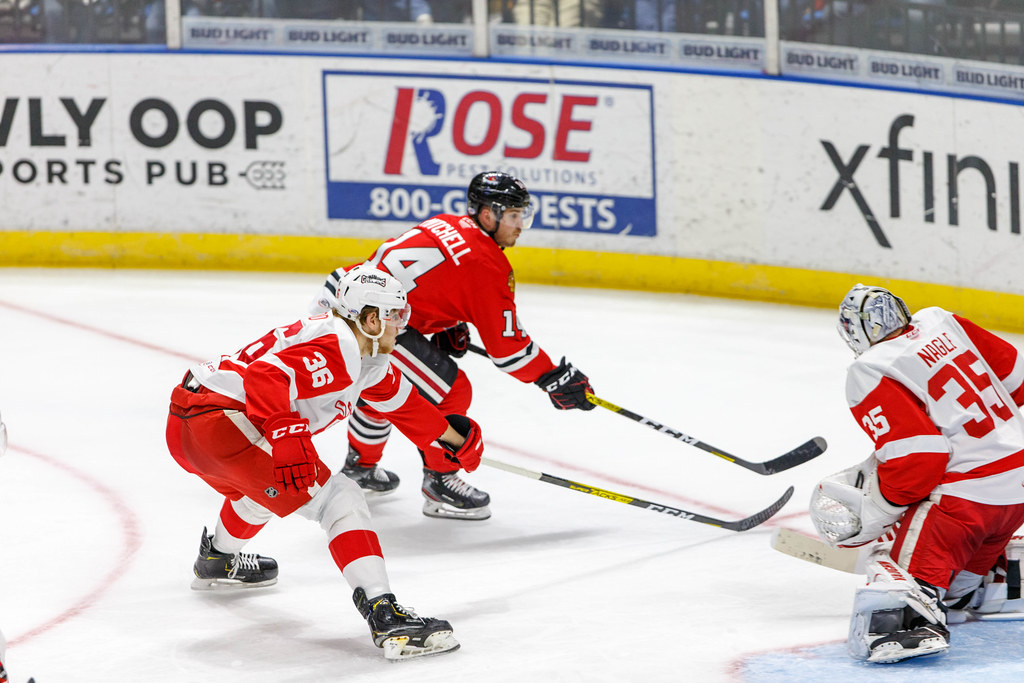 Rockford IceHogs: Veteran Pieces Are On The Market

Rockford IceHogs: Veteran Pieces Are On The Market

ROCKFORD, Ill. – Though the Rockford IceHogs are run as a talent developer by the Chicago Blackhawks, many AHL journeyman types have come through town in the last 13 seasons. Free agency normally allows the opportunity to obtain some experienced players to bolster and mentor the piglets.

Chicago, to the surprise of no one, has been pretty slow on the draw in terms of signing veteran pieces. First off, the Blackhawks traditionally employ fewer veterans in Rockford than other AHL squads. There is the uncertainty of when the AHL season will commence. And, truth be told, the IceHogs do have a couple of experienced players on board who could fill leadership roles.

The Hawks traded for forward Brandon Pirri, who will likely spend much of his time in Rockford. The IceHogs signed defenseman Cody Franson to an AHL contract last month. As far as veteran signings, Pirri and Franson are more than solid acquisitions.

Last spring, the IceHogs also re-signed Garrett Mitchell. This is a move that may have been lost in the COVID shuffle back in March.

Mitchell, 29, began last season in the ECHL after several years as the captain of the AHL’s Hershey Bears. Rockford signed the rugged forward in February to a PTO and he quickly earned the respect of a young locker room. Mitchell is in the latter stages of his pro career, but knows the AHL game and may well begin 2020-21 as part of the Hogs leadership group.

Turnover is to be expected; the IceHogs have several veterans who won’t be returning. Nick Moutrey was a steady AHL vet who was not re-signed by Rockford. Joseph Cramarossa, who was obtained in a trade back in February, signed with Minnesota on Saturday and will be facing the Hogs as a member of the Iowa Wild.

The Blackhawks aren’t likely to sign a slew of AHL depth in the coming weeks. That doesn’t mean that there aren’t players out there who could be big contributors. A player like Curtis McKenzie, who has seen tours of duty with the Texas Stars and Chicago Wolves, signed with the Blues organization on Saturday.

There are plenty of players who won’t show up in many NHL box scores but range from reliable to outstanding AHL performers. A successful organization needs this AHL depth. This is why you will see these signings mixed in throughout the big-money deals this weekend.

Chicago, who currently has seven contracts to give throughout the organization, may yet bring in some depth. It is more than possible that veteran help for Rockford comes from an expiring contract obtained in a trade. For now, fans of the IceHogs will have to sit and wait to see how the roster continues to evolve.

Chicago picked up more AHL depth in a trade with Colorado. The Avs acquired forward Brandon Saad and defenseman Dennis Gilbert. The Blackhawks received NHL defenseman Nikita Zadorov and another d-man in Anton Lindholm (who will likely wind up with Rockford). I’ll analyze this deal from the IceHogs perspective in a few days.