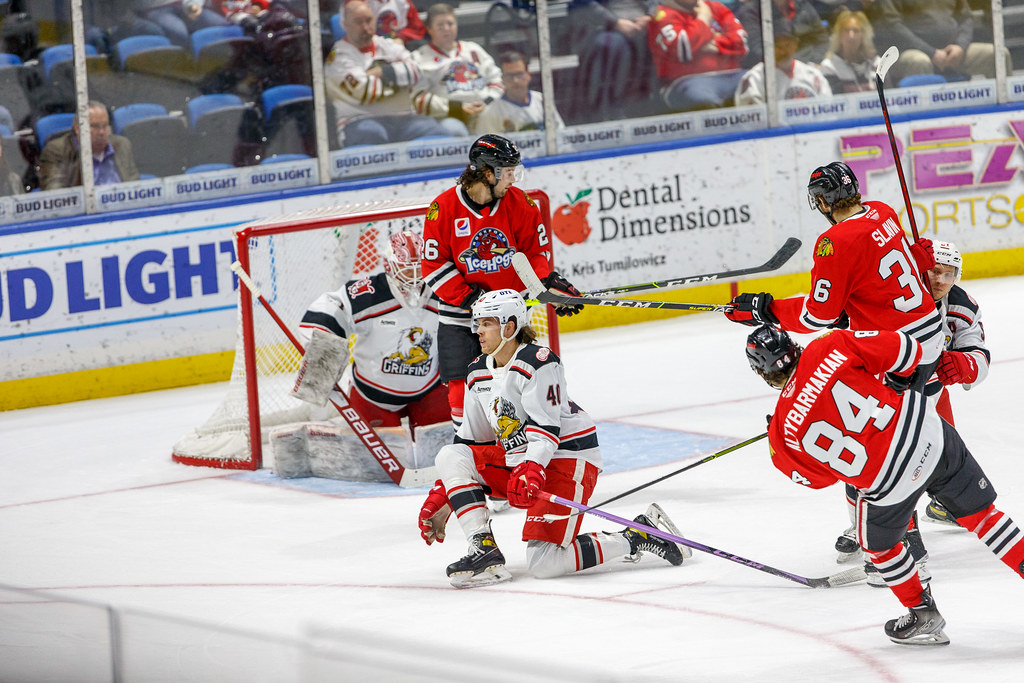 Rockford Shoots for Playoffs This Weekend

Rockford Shoots for Playoffs This Weekend

ROCKFORD, Ill. – The Rockford IceHogs enter the weekend on the verge of a spot in the Calder Cup Playoffs. With two big games at the BMO Harris Bank Center, a single win will punch Rockford’s ticket to the postseason.

The Hogs (35-27-4-1) have five games remaining in the regular season. With an outside shot at overtaking Milwaukee for third place in the Central Division, Rockford is looking to finish strong. Despite a 5-3 home loss to Grand Rapids on Wednesday night, the IceHogs have won seven of their last ten games. This includes Tuesday’s victory in Rosemont over the Chicago Wolves.

The Wolves locked up the division title a week ago, but Rockford’s 4-3 triumph gives the Hogs an 8-2-0-1 mark against their interstate rival. Mike Hardman‘s late goal secured the win, the fourth-straight for Rockford over Chicago.

The IceHogs can also lock up a playoff spot with a loss by Grand Rapids and Texas. Both are in action Friday night; the Griffins host Chicago and the Stars are in Iowa. Starting Saturday, Rockford will have a chance to control its destiny.

Manitoba visits the BMO Saturday night. Rockford is 4-3 in the season series against the Moose, but have not lost to Manitoba in three home games this season. The Hogs split two games in Winnipeg this past weekend.

Sunday afternoon, Rockford has a chance to solidify their current fourth-place position when it hosts Iowa. It figures to be a hotly contested game since the Wild hold a 7-1-0-2 advantage in the season series and are fighting for their playoff lives.