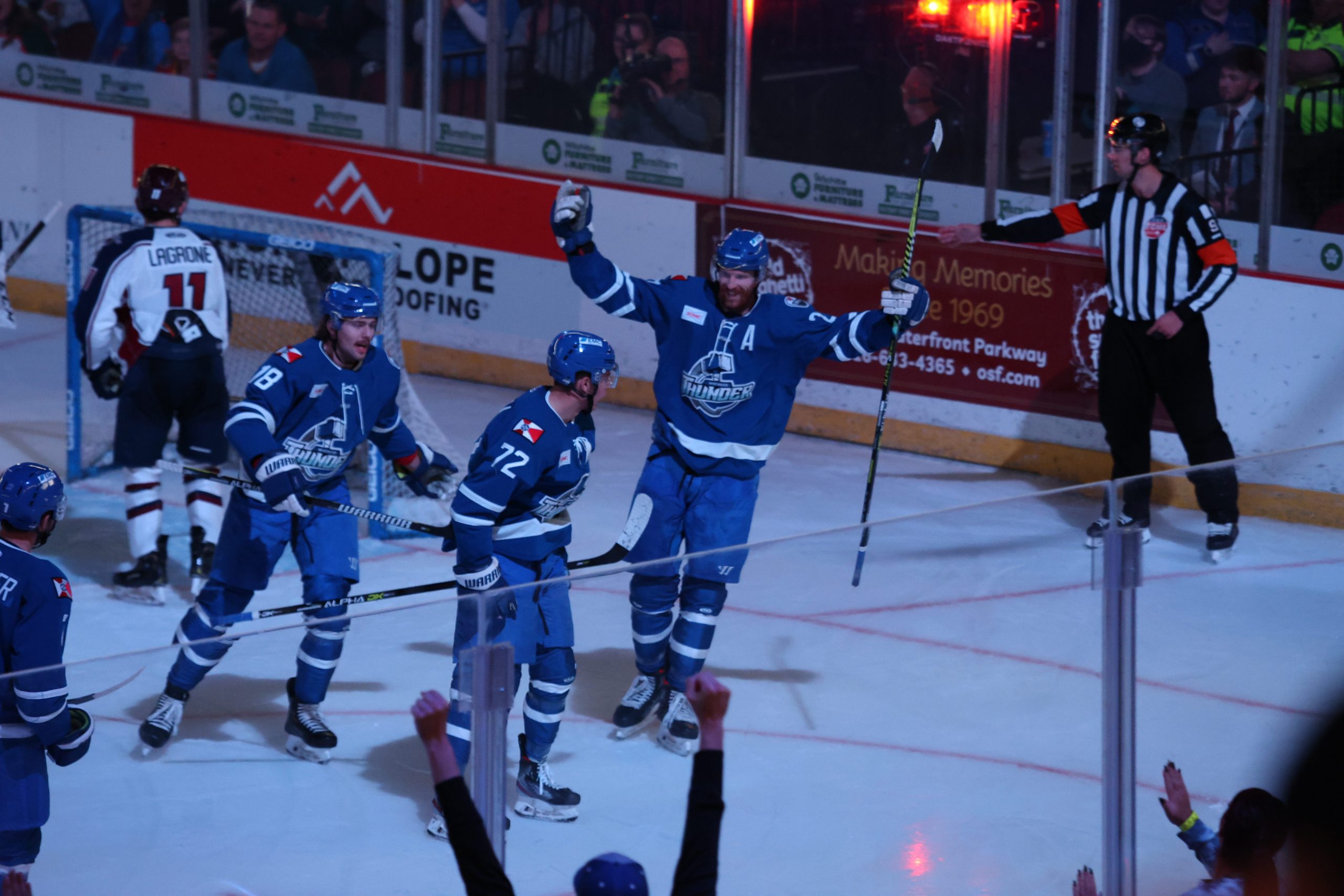 WICHITA, Kan. – Welcome back to Rolling Thunder, our look back at the week-that-was and what lies ahead for the Wichita Thunder. Last week was a clean slate for Wichita, bagging all the possible points in a week for the first time this season.

There is absolutely no doubt the MVP for the first six weeks of this ECHL season has to be Evan Buitenhuis. He is first in minutes played (661), tied for first in wins (6), and first in saves (328). Having started every game this season for the Thunder, I was wondering what the team record for consecutive starts to open a season was?

The answer: 15. That was the number of consecutive starts goaltender Bobby Desjardins made in a period from December 31, 1992 to January 29, 1993. During that span, “Bobby D” went 8-6-1 for the Thunder and helped the team break the .500 mark that season.

The modern-day ECHL record for consecutive starts goes to future ECHL Hall of Famer Joel Martin of the Kalamazoo Wings, who started 15 straight games to start the 2006-07 season.

There is no doubt that the start streak Buitenhuis is in rarified air, but I think it’s fair to assume that given the four-game week Wichita has ahead, he won’t be starting all of those. Call it a “warning track shot.”

Rushin’ Down the Plains:

For the first time this season, the Rapid City Rush come to town, opening a four-game week for the Thunder on Wednesday night. Rapid City took three of six possible points from the Allen Americans last week, and sit just two points behind the Thunder in the race for the fourth playoff spot in the Mountain.

Their leading scorer happens to be former Thunder forward Logan Nelson, who has 12 points on the season (3G, 9A). Nelson has posted three straight 40-point seasons, the most recent one came as captain of the SPHL’s Birmingham Bulls last season.

Goaltending has been a strength of the Rush’s since they paired up with the Arizona Coyotes, and this year is no different. Both goalies who have seen the majority of the action this season are on NHL & AHL deals.

The Tulsa Oilers come back to Wichita for a Black Friday affair with the Thunder. Wichita has won two straight to open the season series.

Have a great and blessed Thanksgiving!