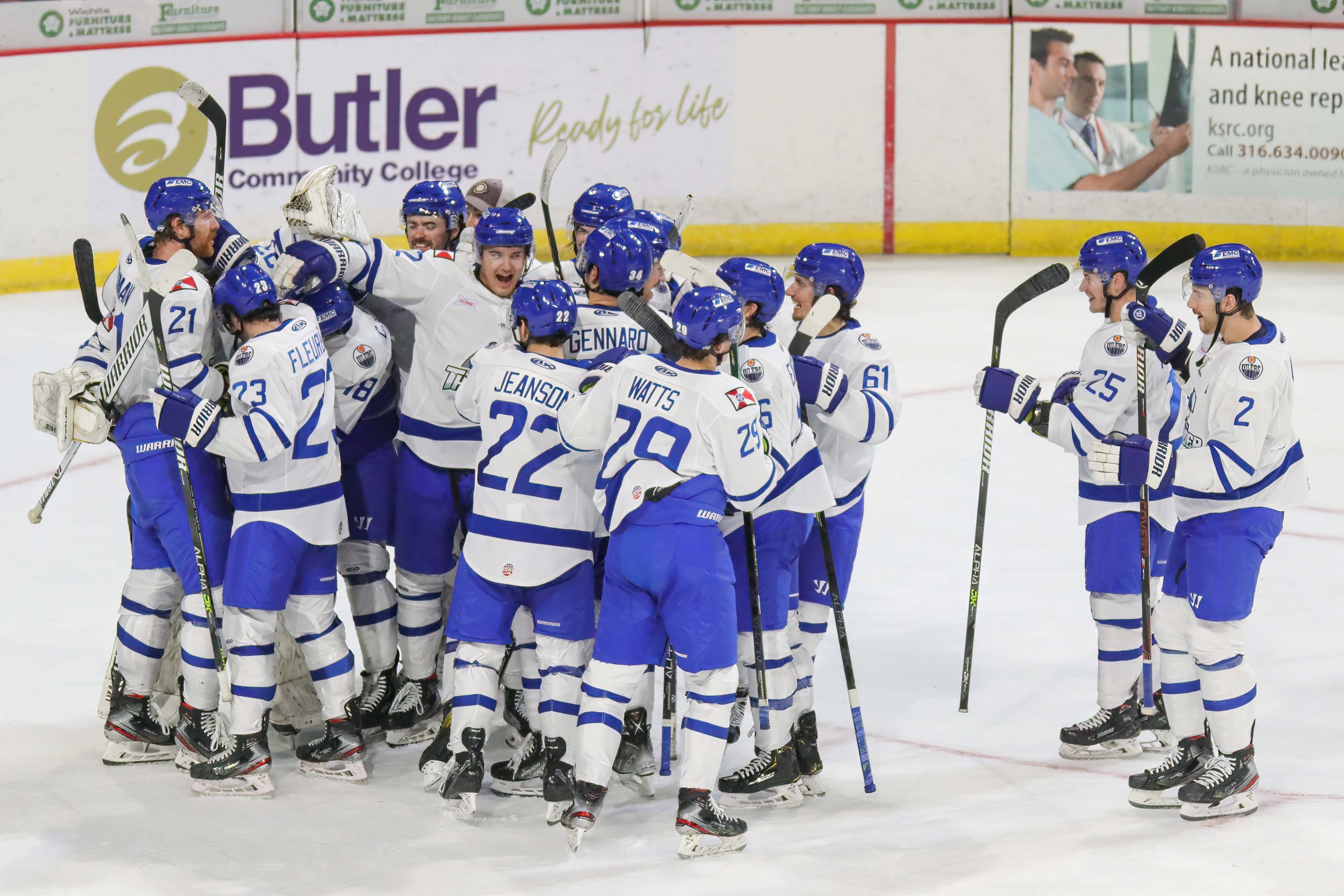 Last week, the Thunder completed their season-high five-game homestand and kept the momentum rolling into the month of December

WICHITA, Kan. – Welcome back to Rolling Thunder, our look back at the week-that-was and what lies ahead for the Wichita Thunder, powered by Pure Performance! Last week, the Thunder completed their season-high five-game homestand and kept the momentum rolling into the month of December.

There is absolutely no doubt the MVP for the first seven weeks of this ECHL season has to be Evan Buitenhuis. He is first in minutes played (846), second in wins (8), and first in saves (436). Having started every game this season for the Thunder, I was wondering what the team record for consecutive starts to open a season was?

The answer: 15. That was the number of consecutive starts goaltender Bobby Desjardins made in a period from December 31, 1992 to January 29, 1993. During that span, “Bobby D” went 8-6-1 for the Thunder and helped the team break the .500 mark that season.

The modern-day ECHL mark for consecutive starts goes to future ECHL Hall of Famer Joel Martin of the Kalamazoo Wings, who started 15 straight games to start the 2006-07 season. It’s not clear if there is a longer streak prior to that, since the league did not keep records on this particular stat up to that point, and thus, it is not a league record.

Buitenhuis tied the Thunder team record, appearing in 3:07 of Sunday’s contest. His next start, likely on Wednesday, would break the team record. One would think he will also get the start on Sunday in Tulsa and next Thursday night against Allen, which would give him at least 18 straight appearances.

Last week, I called the prospects of him breaking the team record a “warning track shot.” Well, the wind turned just enough to make it a home run.

The Month that Was:

The month of November produced one hell of a rally for the Thunder. With injuries mounting and a tough loss to Wheeling on the night before Halloween, it looked like the season would take an early nosedive into a position that would have been precarious to dig out of. But the character and mettle of the team showed through, and they started clicking offensively, which led to a record of 8-2-1-0 in the month of November, 6-0-1-0 on home-ice.

Breaking Down the December Sked:

Listen to every Wichita Thunder game on the Field Pass Hockey app!