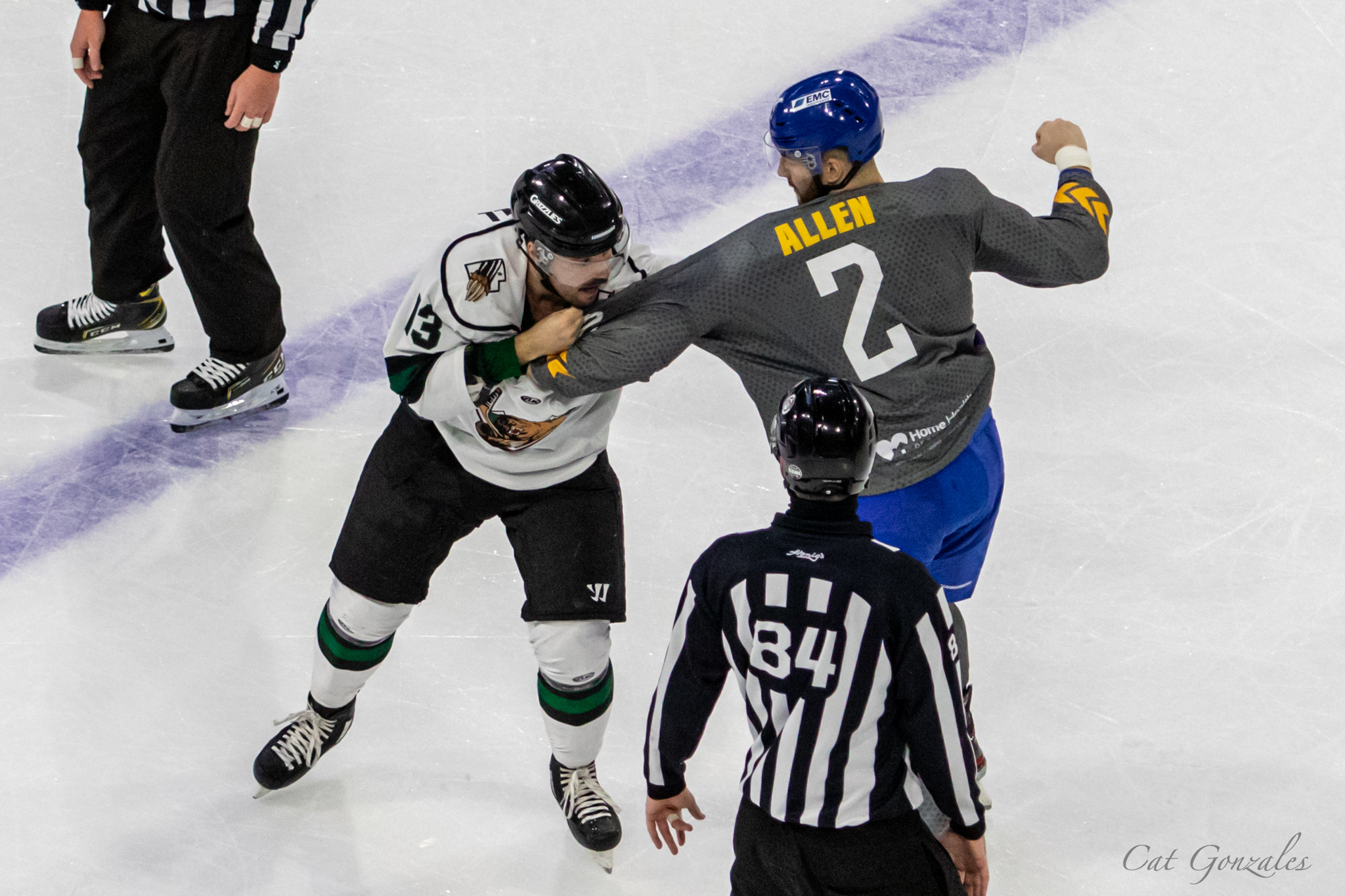 WICHITA, Kan. – The Wichita Thunder continued their ten-game homestand last week, clicking off another four games. The Thunder hosted the Utah Grizzlies for a pair, followed by the Kansas City Mavericks in a rescheduled game, and welcomed in the Tulsa Oilers to open up the final three games of the homestand.

The Thunder will wrap up their ten-game homestand, playing two more games against the Oilers tonight and Saturday night. They’ll finish yet another four-game week in Tulsa on Sunday afternoon. Each game in the season series has been settled by one goal.