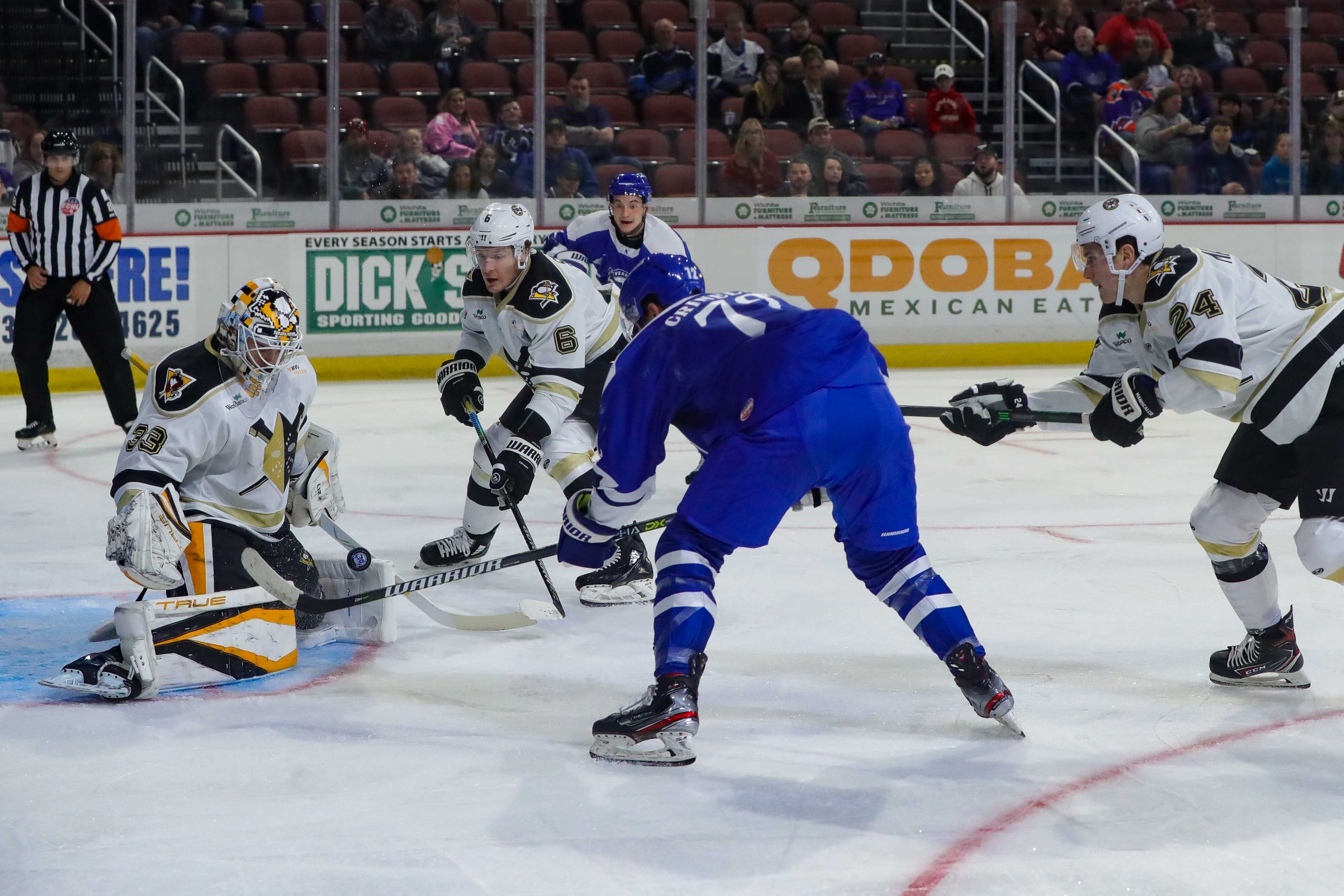 Last week, the Thunder opened the 2021-22 home slate and closed out the month of October with games against the Utah Grizzlies and Wheeling Nailers

WICHITA, Kan. – Welcome back to Rolling Thunder, our weekly look back at the week-that-was and what lies ahead for the Wichita Thunder. Last week, the Thunder opened the 2021-22 home slate and closed out the month of October with games against the Utah Grizzlies and Wheeling Nailers.

Before I get into this, I want to be abundantly clear, the ice situation Saturday night was not on the team. For the third time in as many years, faulty INTRUST Bank Arena ice has either postponed, canceled, or delayed a game. For one of the nicest arenas in minor league hockey, the ice in the arena has been among the worst in the ECHL year-over-year and is becoming a detriment. The ice had been installed earlier in the week and skated on for the first time last Friday morning. This is uncalled for. While ice delays in multi-use facilities like INTRUST Bank Arena are a real possibility, it behooves the arena, in a post-COVID world, to give its primary tenant the best possible ice to prevent future delays and lost revenue.

Full marks to both teams and the league for waiting the delay out, to give the fans a conclusion to the game. Finally, kudos to the fans for sticking it through.

For the first time this season, the Allen Americans come to town on Friday night. The season series is tied at 1-1-0-0, with Allen defeating Wichita in their last meeting, 6-3 on Sunday, October 23. Seasoned AHL netminder Antoine Bibeau will make his Allen debut Friday night. In 194 AHL games, Bibeau has a goals against average of 2.72 and a .908 save percentage. He also has four NHL games to his credit (2.54 GAA, .907 save percentage).

The Kansas City Mavericks make their way to town on Sunday afternoon for the first time this season. This is a new-look Mavericks squad, with long-time veterans Ryan Olsen, Ryan Harrison, and Jesse Mychan on the roster. Additionally, former Thunder player/coach Riley Weselowski will make his return to the Air Capital.