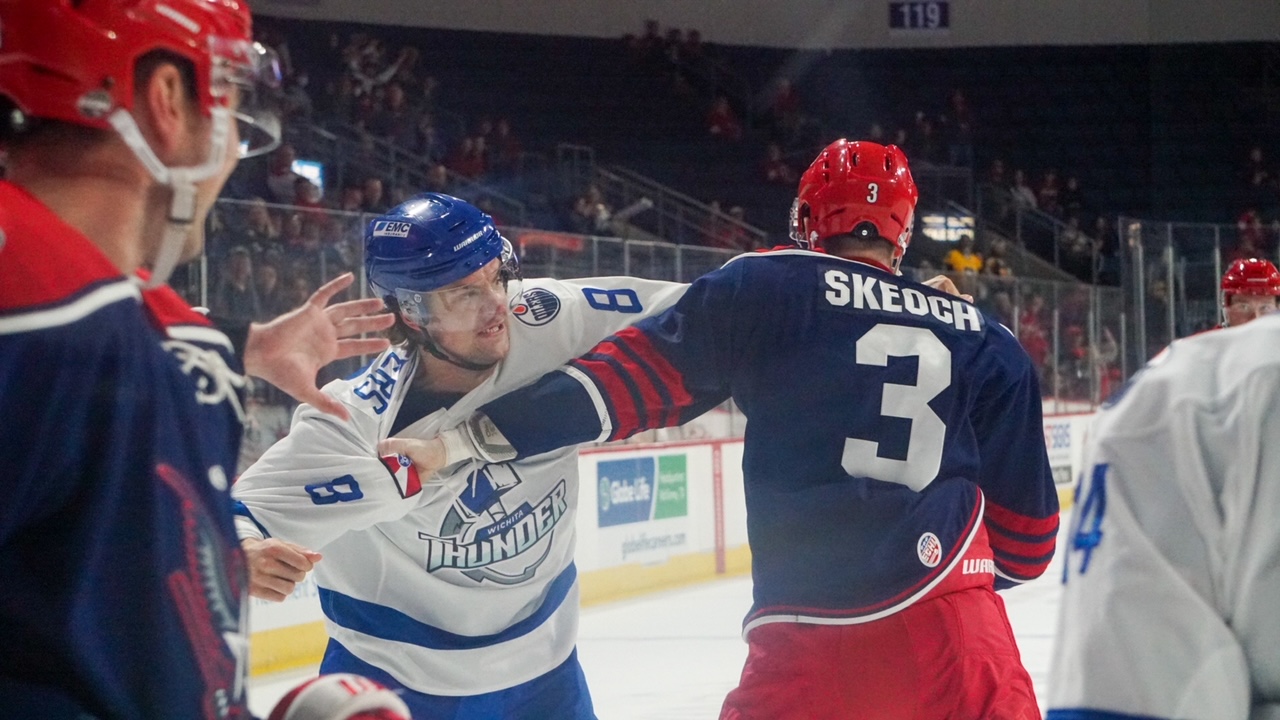 Last week, the Thunder opened the 2021-22 slate with two games in under 24 hours against the Allen Americans.

WICHITA, Kan. – Welcome back to Rolling Thunder, our weekly look back at the week-that-was for the Wichita Thunder. Last week, the Thunder opened the 2021-22 slate with two games in under 24 hours against the Allen Americans.

Into the Bears’ Cage:

The new-look Utah Grizzlies come into INTRUST Bank Arena to open the Thunder’s home slate on Friday night. The Grizzlies have gone through a pretty significant change in the last month-plus, losing long-time head coach Tim Branham to the AHL’s Colorado Eagles. Last season, the Thunder went 7-2-0-0 against the Grizzlies, with Anthony Beauregard leading the way with eight points (3G, 5A) in nine games against the Grizz. This season, Wichita will play five games against Utah, with just one of them coming within the confines of INTRUST Bank Arena.

For the first time in what feels like forever, there will be a new team coming into INTRUST Bank Arena Saturday night, when the Wheeling Nailers come to town. In their first-ever meeting last season, the Thunder won two of three games at WesBanco Arena. Again, Beauregard led the Thunder offensively, with seven points (2G, 5A). Buitenhuis did not make a start against the Nailers last season. This will be the only meeting between these two clubs this season.