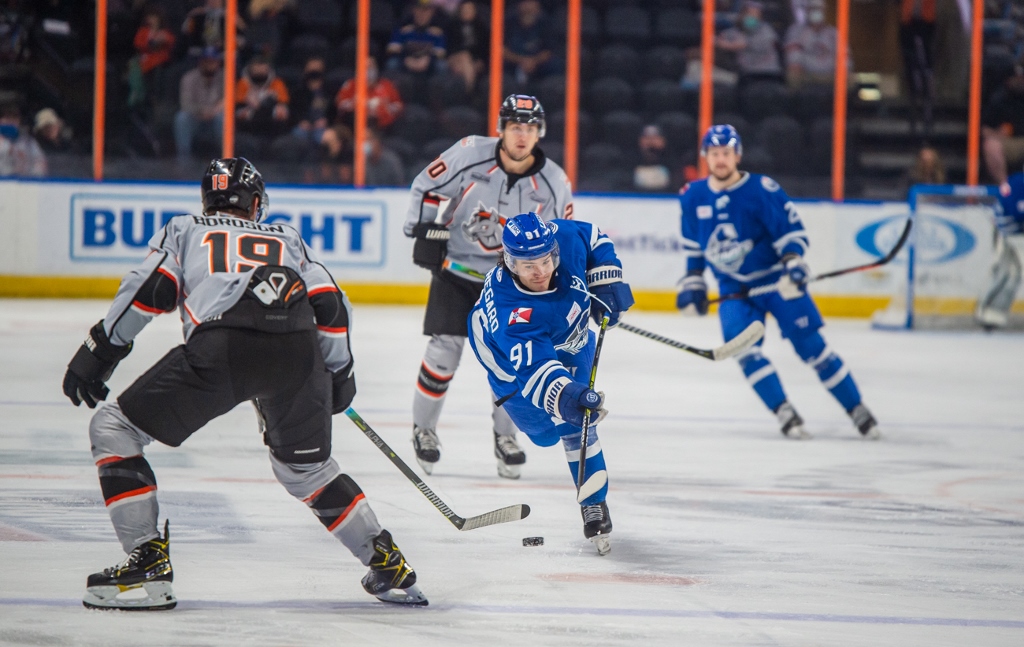 Rolling Thunder: Stormin’ Toward the Playoffs

Rolling Thunder: Stormin’ Toward the Playoffs

WICHITA, Kan. – The Wichita Thunder began the seven-week push to the Kelly Cup Playoffs with four games last week. It was a successful week for the team, as they gained seven of a possible eight points in the standings.

The Thunder enters the week in a tie with Fort Wayne at the top of the Western Conference, with a “magic” number to clinch a playoff berth at 18. This reminder, magic numbers will be calculated differently this year, due to standings being based on points percentage.

Here is where everyone else stacks up heading into play this week: 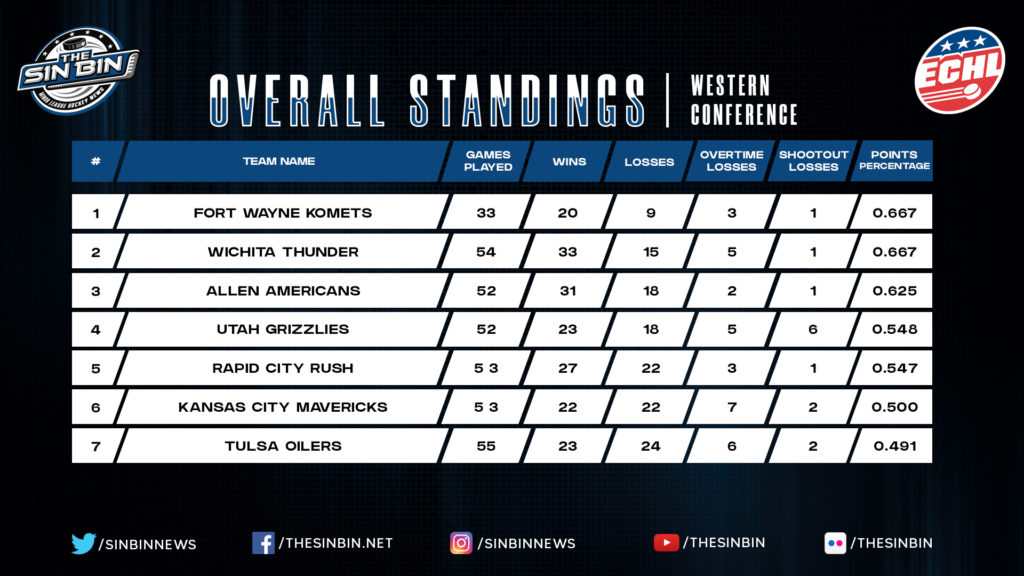 There are a lot of stats coming your way in this section, but the most important thing to note here is while it has seemed like a foregone conclusion for a bit, with their overtime loss Saturday night, the Thunder have clinched a winning record this season. That snaps a two-season streak of below .500 finishes.

Now for the statistical overload:

It’s hard to find many faults in the Thunder’s game right now. The once struggling power play has started to generate offense, going 7-25 in the last five games.

Currently, there are no players on an NHL/AHL contract on the Thunder roster. We’re dedicating this space to players who played here this year and are currently up in the American Hockey League. We’ll have their current AHL statline and, in parenthesis, their stats with the Thunder this season:

* => Toronto has not played since April 10 (COVID protocol)

Finishing Off the Grizzlies:

In a season series that has turned into a physical battle filled with saltiness, the Thunder and Grizzlies will play one more time tonight inside INTRUST Bank Arena. Wichita has a 6-2-0-0 mark against Utah this season, with two wins coming at Maverik Center. Each of the last four meetings have been decided by one goal, with Wichita prevailing in three of the four contests.

Tonight’s, Friday’s, and Saturday’s games are all scheduled for 7:05 pm puck drops. The Sin Bin Pregame Show gets tonight’s action started at 6:25 pm tonight, with the show starting at 6:35 pm Friday and Saturday nights.

Sunday’s game is scheduled for a 2:05 pm puck drop, with the pregame show starting at 1:35 pm.

Around the ECHL This Week: