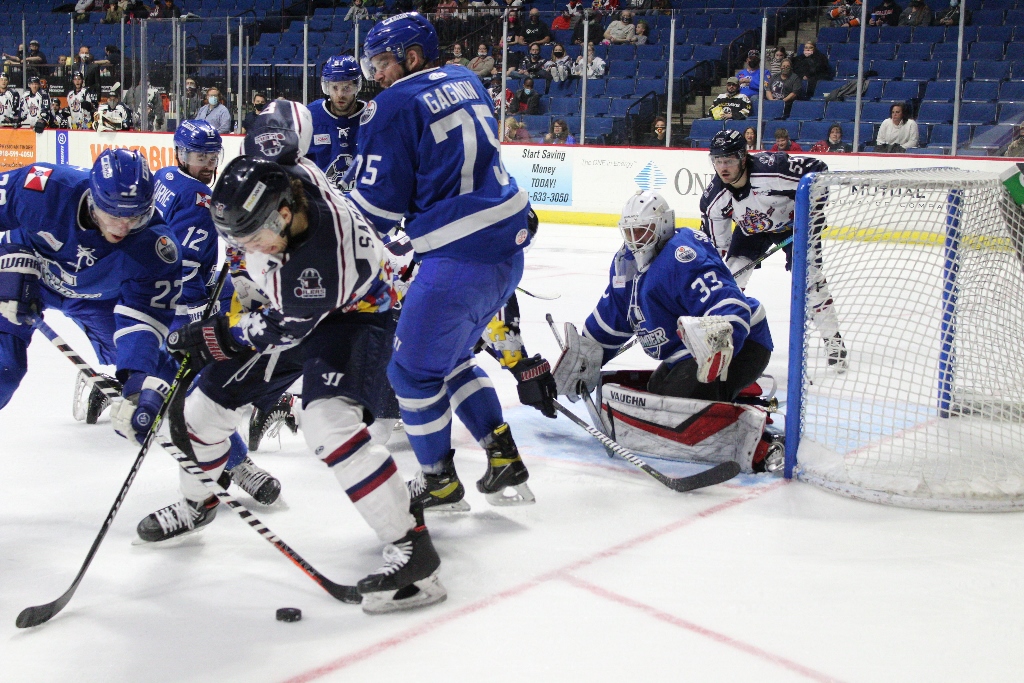 WICHITA, Kan. – The Wichita Thunder played the Tulsa Oilers for the first time in two months and came off the road to host the Kansas City Mavericks for a Sunday matinee.

In the lone game in the ECHL tonight, the Thunder travel to Independence to complete the home-and-home against the Mavericks. Entering tonight’s contest, the Thunder have won five of six against Kansas City. Interestingly, three of the game decided by one goal, while the other three have been decided by two or more goals.

Wichita comes home for a ten-game homestand spanning 16 days beginning Friday night when the Thunder host the Rapid City Rush for a four-game set. The Thunder has a 2-1-0-0 record against the Rush this season. In each game of the season series, the team who has won has done so by three goals.

Matthew Harding and Matthew Will cover the Wichita Thunder for The Sin Bin. Follow and interact with them on Twitter @SinBinThunder.