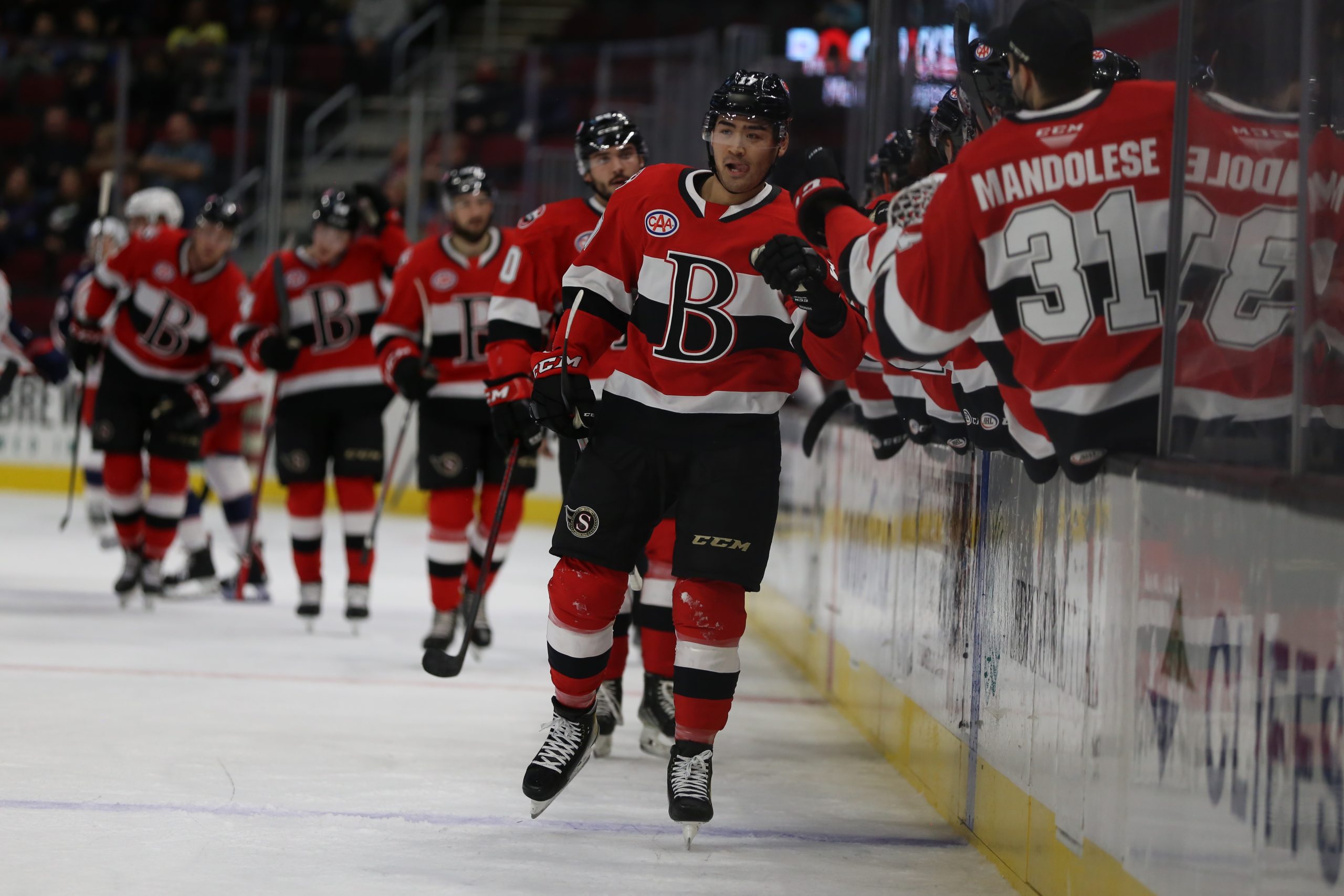 The Cleveland Monsters had a seven-game point streak on the line, but an early power-play would change the course of the entire game Friday night.

CLEVELAND – Coming into Friday night’s game, the Cleveland Monsters had a seven-game point streak on the line. An early power-play would change the course of the entire game.

Momentum is a funny thing, isn’t it?

The first four minutes of the game looked great; Cleveland was buzzing and spending a lot of time in their offensive zone. But at 3:02, Matthew Wedman went off for holding, and it looked like Cleveland would have a chance for an early lead. However, less than a minute into the power-play, the puck was knocked out of the Monsters’ O-zone; Jake Lucchini won a puck race and beat Tarasov five-hole to give the Senators the early lead.

The shorthanded goal got the Senators jumping, and they were just getting started. 14:29 into the period, they scored their second goal on a 3-1, which Erik Brannstrom finished off. Less than 90 seconds later, former Monster Kole Sherwood scored near side on Tarasov to make it 3-0.

Near side. AHLtv coming through with the clip #BELvsCLE pic.twitter.com/rk5bX4v6fo

Cleveland came out looking very strong, but a Senators’ shorthanded goal seemed to throw Cleveland entirely off their game.

Cleveland wasn’t exactly setting the world on fire with their power-play coming into Friday night’s game against the Senators. They were 13th in the Eastern Conference, converting at just a 12.5% rate. The power-play would struggle big time in Friday’s game, specifically in the second period. The Monsters had four opportunities on the power-play, including a 5-on-3 for 1:04 where they could not convert. Overall, the Monsters only really had one solid look during the eight minutes of power-play time they got in the second.

Cleveland’s power-play was terrible Friday night. It was a lot more than just not being able to get quality chances. They couldn’t hold the puck in their zone, or get any plays set up.

Altogether, the power play was 1-for-7, and the only goal scored was when the game was out of reach.

“Yea, a lot of it has to do with just execution. Just simple execution. We didn’t create enough chances. There were chances. We didn’t execute and score on. But just as a source of momentum, the power play doesn’t always have to score but I thought it was momentum for them tonight,” Letestu said. “And I think when your power play is a bit of a drain and frustrating it’s not doing its job. It wasn’t good enough tonight but we’ll flush this one and come back to work tomorrow.”

The third period of the game had a little bit of everything, and was very chippy at times. Cleveland did something odd when they pulled the goalie with 7 minutes left while being down by four goals. Cole Reinhardt, Scott Sabourin, and Parker Kelly all scored for the Senators in the third.

As far as Cleveland goes, they were able to get two goals via Carson Meyer and the lone power-play goal courtesy of Brendan Gaunce.

Cleveland will take on the Senators in a rematch at 7:00 tonight on Salute to Service Night. The Monsters will look for revenge and try to take the season series; it is the final time these two teams meet in the regular season.