MILWAUKEE, Wis. – With Brennan Menell, Greg Pateryn, and Nico Sturm joining Kaapo Kahkonen with the big club in St. Paul and six out with injuries, the Iowa Wild found themselves short-handed Friday night in Milwaukee.

MILWAUKEE, Wis. – With Brennan Menell, Greg Pateryn, and Nico Sturm joining Kaapo Kahkonen with the big club in St. Paul and six out with injuries, the Iowa Wild found themselves short-handed Friday night in Milwaukee. That combination proved to be too much for Iowa, as they fell to the top-ranked Milwaukee Admirals, 7-1. The Admirals blew this game open with a four-goal second period, including Eeli Tolvanen’s second goal of the contest.
Less than three minutes into the contest, the Admirals took the lead using their potent power play (ranked first the AHL entering the game). Colin Blackwell had control of the puck just inside the Wild end. He fired a pass across to Alexandre Carrier, who was just above the left faceoff circle. Carrier blasted the one time through traffic and past Mat Robson for his fourth goal of the year. 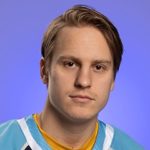 The Admirals extended their lead to two a little less than nine minutes into the game. Blackwell entered the Iowa end, stopping along the left boards. He fired a pass across the crease to Frederic Allard, who made a quick one touch pass to Tolvanen, who entered the zone as the trailer. Tolvanen put the one timer in the top corner of the net for his sixth goal of the year.
Iowa cut the lead in half with a power play goal of their own just past the midway mark of the period. Sam Anas threaded a great pass across the ice to Luke Johnson, who was at the left faceoff circle. Johnson fired the shot on net that Milwaukee goaltender Connor Ingram saved, but Gabriel Dumont was able to gain control of the rebound before knocking it in for his eighth goal of the year.
The Wild trailed by one entering the second, but would start the period on the power play. This was a golden opportunity to tie the score against the surging Admirals, but it would be Milwaukee that would use their special teams to extend the lead. Just 19 seconds into the frame, Blackwell fired a pass across to Cole Schneider on the opposite side of the net. He buried the one timer to make it 3-1.
At 8:32, Mathieu Olivier scored his third goal of the year. Just as an Iowa penalty ended, Allard fired a shot that Robson saved, but the rebound came right to Tanner Jeannot. Jeannot looked like he had an easy goal, but Robson was somehow able to get his body in front of the shot, making a spectacular save. However, the rebound came right to Olivier. With Robson down on the ice, the Admirals forward put the puck in to extend the lead to three. 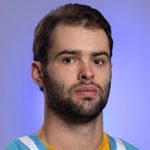 Just 27 seconds later, Milwaukee extended their lead to four. Jarred Tinordi swept in on Robson, firing a shot that the Wild netminder saved, but the rebound came right to Jeannot, who fired it in for his fourth goal of the year. That led to Robson being replace by Dereck Baribeau, the first time in Head Coach Tim Army’s time with the team that he has made a goalie change during a game.
The change did not seem to make much of a difference, however. Just before the 11-minute mark, Tolvanen added his second goal of the contest. Tinordi blasted a shot from the point that Tolvanen tipped by Baribeau to make it 6-1.
In the third, the Milwaukee Admirals added one more power play goal when Schneider netted his seventh goal of the year. Blackwell recorded an assist on the tally, his fourth of the game. Tolvanen added an assist as well, giving him three points on the night.
The six-goal defeat was the most lopsided loss since Iowa fell to Grand Rapids 6-0 on January 29, 2015. Iowa finished their five game road trip 1-4-0, yielding 25 goals. Milwaukee won their 14th game out of their last 15 contests.
The Wild (12-8-4) head home where they will take on the Tucson Roadrunners (17-5-0) on Saturday night. The Roadrunners currentlty lead the Pacific Division with 34 points. Opening faceoff is set for 7:00 CST.
Follow Robert on Twitter for all things Iowa Wild! Also, don’t forget to give a “like” to The Sin Bin on Facebook for all your minor league hocky news and insights around the AHL, ECHL, and SPHL!