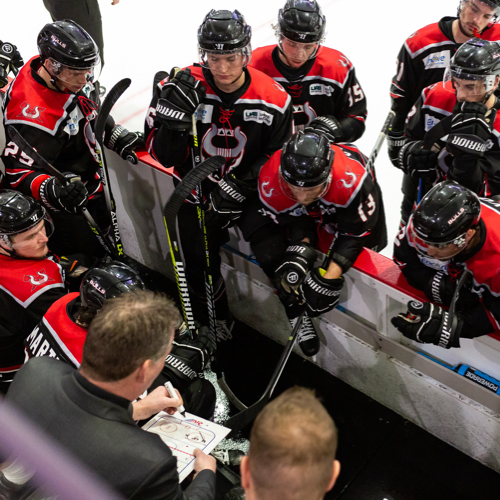 PELHAM, Ala. – As the 2022-23 SPHL season draws nearer, the Birmingham Bulls roster continues to come together. Over the past three weeks, the Bulls have added five new players to the training camp roster. It’s a mix of returning players, fresh new talent, and a surprising veteran player signing.

First up is forward Colton Fletcher. Fletcher is coming fresh off his rookie season with the Knoxville Ice Bears and the Birmingham Bulls. Fletcher was the player acquired when the Bulls sent Kasey Kulczycki to the Ice Bears. In his rookie campaign, Fletcher scored 40 points (13 goals, 27 assists). The majority of those points (28) came once he got to Birmingham. Fletcher re-signing with Birmingham this season is another critical piece to ensure this team has some offensive firepower. Any time he has the puck on his stick, he is a threat to score and has an excellent vision on the ice. 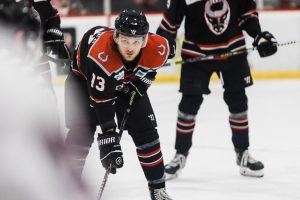 Another player that is returning is defenseman Jake Cass. Cass appeared in 31 games with the Bulls last season and was called up to the ECHL on three separate occasions. During his time with the Bulls, he showed he could be that solid setup defenseman with 14 assists. He is also a very smart player in his own zone and will be a key piece on Birmingham’s blue line this season.

Adding even more depth to the defensive core, Birmingham has also brought on the big lefty Colan Fitzgerald. He spent his rookie season in the FPHL with the Binghamton Black Bears, where he appeared in 52 regular season games and three playoff games. During the regular season, he accumulated 19 points (2 goals, 17 assists) and matched his season goal total in the playoffs.

“Colan is a speedy defenseman who likes to get up and join the rush, head coach Craig Simchuk said. “We have watched a lot of film on him, and we like what we see. He will help us on the backend and also contribute offensively.”

It’s safe to assume that with him and Cass on the blue line this season, it’s the expectation to regularly see some defensemen on the score sheet.

In what you could say was one of the more shocking signings this offseason, coach Simchuk was able to sign former Knoxville Ice Bear captain Stefan Brucato. This will be Brucato’s sixth professional season with all five before being in Knoxville. Brucato has consistently scored at least 30 points in all but one season (2020-21). He is coming off his best season statistically, with 38 points (14 goals, 24 assists) and a +/- rating of 10. Brucato is a natural-born leader. He wore the “C” in college as well as in Knoxville and is going to add some invaluable knowledge to the leadership core this season. 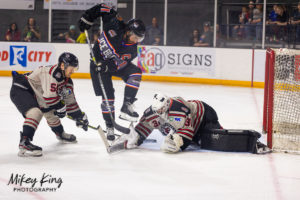 The most recent signing in Birmingham was the addition of rookie forward Matt Wiesner. Wiesner is coming off four years of NCAA III hockey with Babson College. In his senior season, he played in 27 games putting up 23 points (11 goals, 12 assists). He has been near or at a point per game on the ice throughout his collegiate career. He stands at five foot nine inches, but has great hands and can turn the afterburners on and leave defensemen in the dust. His offensive skills add to an already deep offensive core and will give the coaching staff even more options in the lineup every night.

The roster is coming together very nicely in Birmingham, and there are still some spots to fill before training camp begins.  Simchuk and Assistant Coach Kevin Kerr are sending a message that they intend to have a high-scoring offense without lacking the physical ability to handle business. The Bulls regular season kicks off on October 21st when they travel north to Vermilion County to face off with the Bobcats. They will start the season off with three consecutive games on the road before coming home on October 29th, where we will see Stepan Timofeyev and Stefan Brucato face their former team, the Knoxville Ice Bears.