Some Thoughts on the 2020 ECHL All-Star Classic 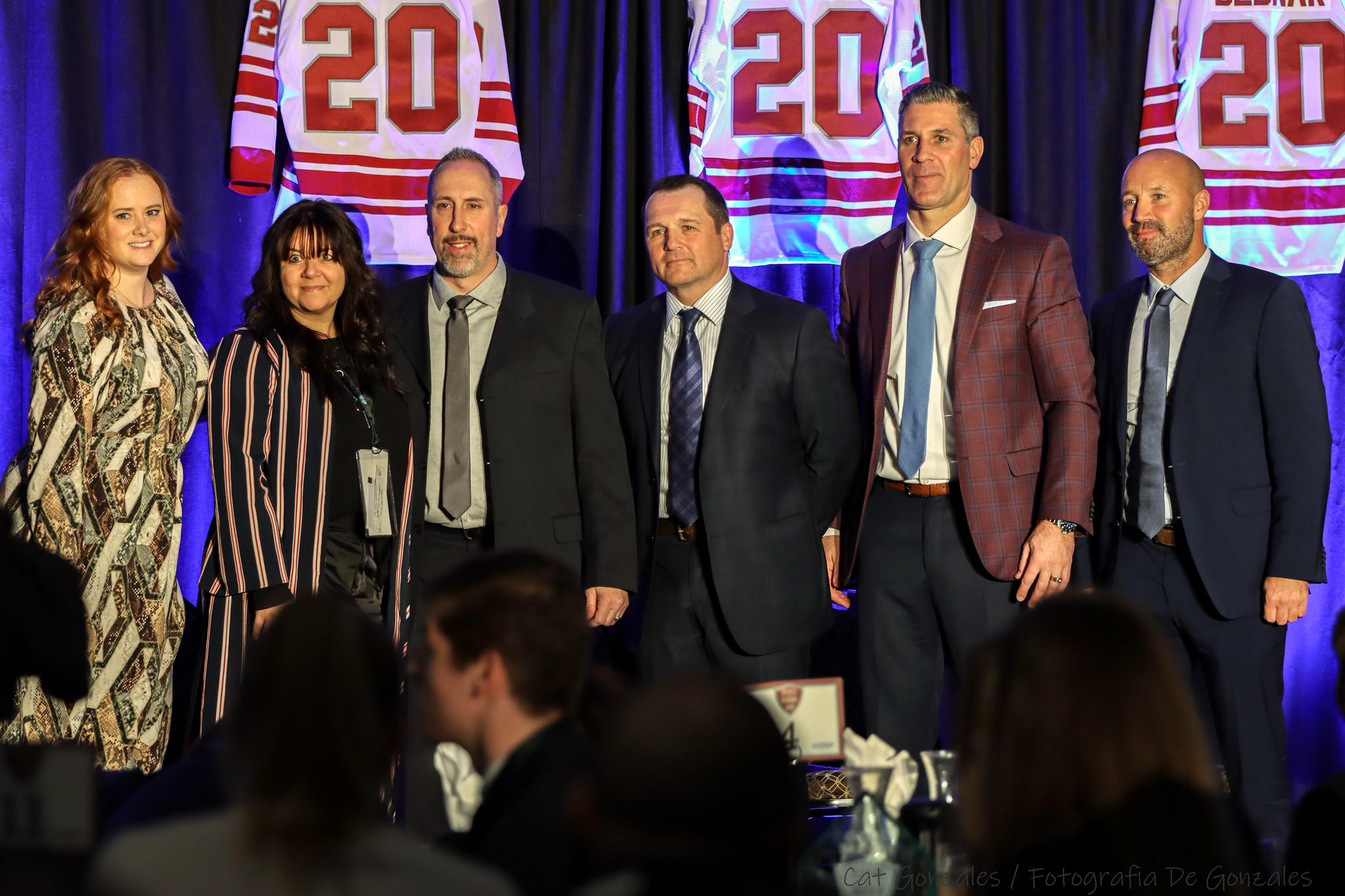 WICHITA, Kan. – I remember writing just two short years ago about my experiences covering the 2018 ECHL All-Star Classic, a first for me, in Indianapolis. In writing that piece, I don’t think I adequately brought home the amount of work, coordination, and pride I felt after working that event.
Two years later, I still don’t think I can put it into words, but I’m going to give it a go after some thanks.
First, you don’t do anything in this business without some great sponsors. Our thanks go out to DASH Auction, No Name Hockey, Jackson Auto Body & Custom Paint, as well as Sporfie, for them helping us bring you the coverage from #ECHLAllStar20. Each sponsor plays a vital role in the health of this site, and without their contributions, this would have been a far more difficult undertaking.
Next, we would be remiss if we didn’t thank the Wichita Thunder for allowing us the opportunity to work closely with them on this endeavor. Jason Mals and Joel Lomurno were extraordinarily receptive and accommodating to the ideas we had for the coverage. We are incredibly grateful to have an excellent relationship with the club and be the radio home for the Thunder for three years running.
Of course, it takes a larger organization behind the team to make it happen, and it was awe-inspiring to see the ECHL staff work day and night to make sure every player was checked-in and given first-class treatment while continuing to ensure the league ran as usual. Many may not know, the ECHL office staff is pretty small compared to the AHL and NHL, but the work they do is well done. 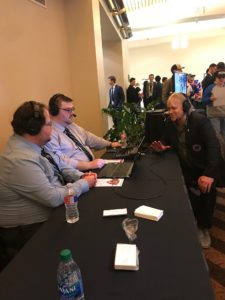 Matt and Zach talking with the Keeper of the Cup, Phil Pritchard, during their show from ECHL All-Star Fanfest in Wichita, Kansas

Finally, you could not have asked for a better group of people to work with on this project. Our team of Matthew Will, Zach Courter, Cat Gonzales, and Matt Thomas worked hard to plan our coverage, coordinate with Thunder and ECHL staff, and prepare to bring you the best content and shows we could from the event. There is so much that goes into planning coverage from significant events, and I feel like we did an outstanding job of bringing all the action to you. Hopefully, sooner rather than later, we’ll be back providing on-site coverage.
This was cool to go through this experience again. For me, the difference from this experience to the one in Indy was that I slowed down and made sure to take more of it in.
Four experiences stood out.
The first were the interviews we did. Sitting down with the Keeper of the Cup, Phil Pritchard is always an eye-opening experience. We could have talked to him for hours about all the adventures the Stanley Cup has been on, but the couple he shared with Zach and me during our Fanfest show were fascinating. Interviewing two ECHL Hall of Famers in Jared Bednar (current Colorado Avalanche coach) and Derek Clancey (current Director of Player Operations for the Pittsburgh Penguins) truly brought to light the role the ECHL has played in helping shape hockey’s history for the last thirty-plus years.
Perhaps the most impactful experience for me was being able to interview each of the women from the Professional Women’s Hockey Player Association who were playing in the game as part of the Dream Gap tour. With each conversation I had, it became more evident to me just how bad they wanted to be seen as equals in the game. Each of the ladies had great, thoughtful stories to tell and I really hope that their involvement in both the ECHL and NHL all-star games will lead to them getting the equality they so richly deserve. 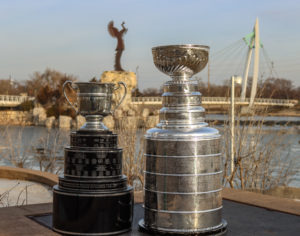 The Kelly Cup and Stanley Cup pose for a photoshoot at the confluence of the Little and Big Arkansas Rivers in Wichita, Kansas. Photo: Cat Gonzales/The Sin Bin

Next, was Matthew Will and Cat Gonzales were able to trail the Stanley Cup for a whole day as it made several stops across south-central Kansas. The day started with the Kelly Cup and Stanley Cup along the banks of the Arkansas River and ended with a fantastic turnout for the Fanfest event later that evening. More than a thousand people waited, some outside in the cold for over an hour, to get their photos taken with the most prestigious trophy in all of sports. The response for that event spoke to how many hockey fans are in the Wichita area and the region as a whole. 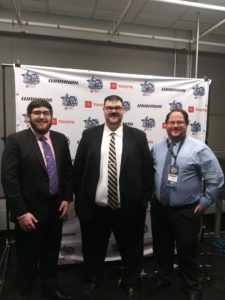 Finally, this year was also a first for The Sin Bin, as we were privileged to have the radio call of the ECHL All-Star Classic for the first time. As you can imagine, there were butterflies the size of dinosaurs in our stomachs as we got ready for the broadcast. The nervousness was born out of the anticipation for the event (calling nine games plus three skills competitions is a bit of a haul), and it was broadcast to a broad audience. But once the mics were hot, everything went off seamlessly, and it was just like a standard pregame show and game broadcast. It is a high honor to call the league’s signature in-season event, and it is one we hope to do again very soon.
I hope that gives you some insight into the experience, from my point of view. Admittedly, this is a little late, to which I blame the dreaded flu bug that ravaged our house and me taking a little bit of time to catch up on sleep.
We’ll see you next year from the First Coast of Florida!