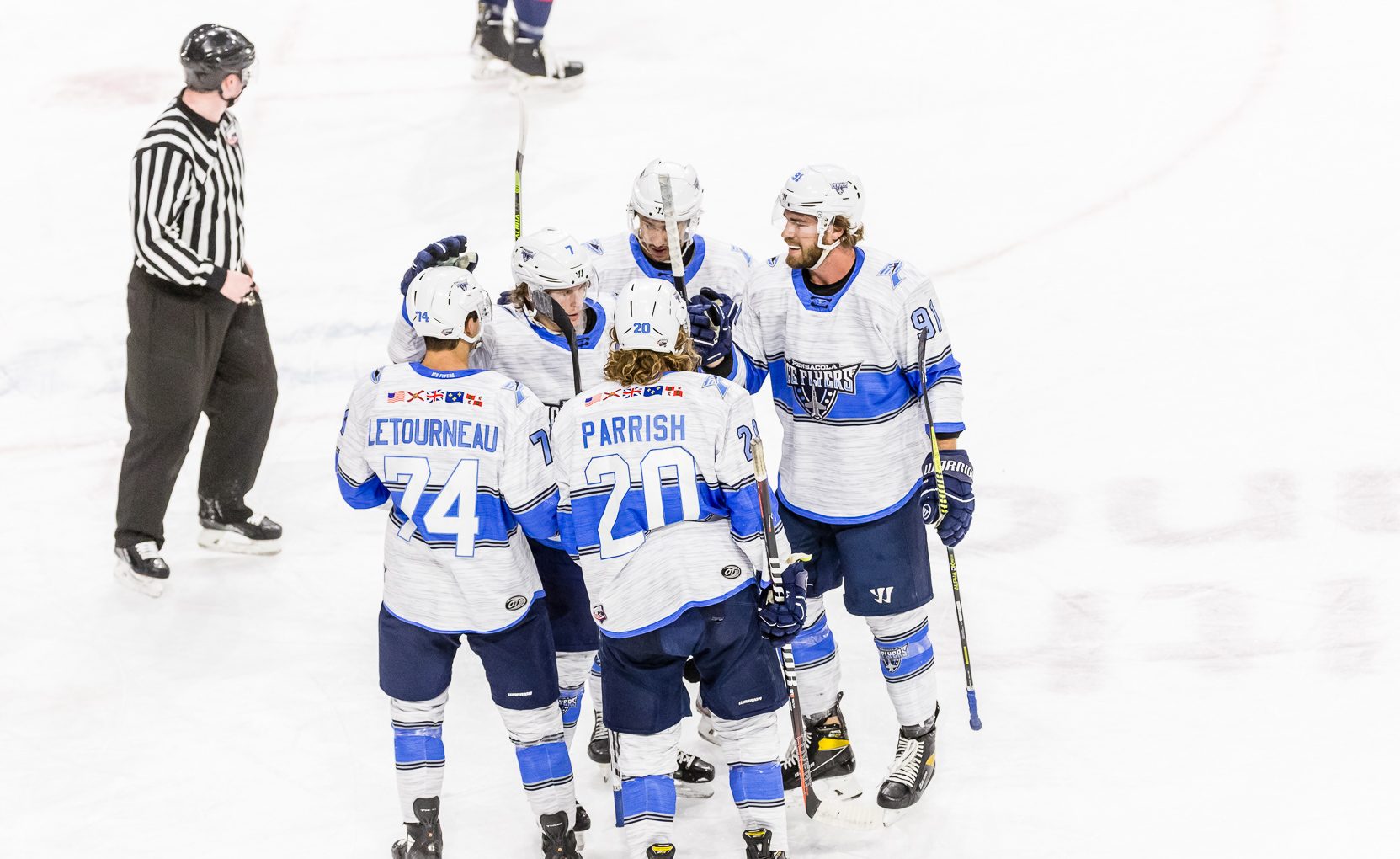 MACON, Ga. – There’s an old cliche about special teams being the difference between winning and losing games of importance.

On Friday night between Pensacola and Peoria, that adage became reality and the result was the Ice Flyers staving off elimination in the second game of the best-of-three series to force Saturday night’s decisive third game at the Carver Arena in a 6-4 win.

Pensacola took big advantage of its power-play chances on Friday, scoring four times on eight-man advantages. Other than an empty-net goal, all but one of the Ice Flyers goals came via the power play. Peoria had no such luck, scoring once on six power-play tries.

Without question, the biggest of Pensacola’s power-play chances came in the game’s final five minutes with the contest appearing headed to overtime in a 4-4 tie. That changed at 15:02 when Alec Baer served a too many men on the ice minor penalty, and the Ice Flyers Rex Moe took advantage to put Pensacola up 5-4 16:05 into the final period.

Brennan Blaszczak floated an empty-net goal in for the final margin, giving him a hat trick. 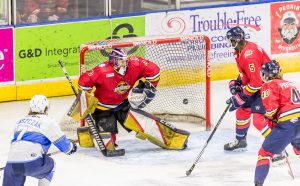 Friday’s back and forth contest saw not one, but two players with hat tricks. Blaszczak’s first two goals came in the first period at 5:19 and 17:37, helping Pensacola bounce back from a hot start from the Rivermen, who needed just 4:29 to lead on a pair of goals by leading scorer Alec Baer.

Pensacola took its turn building a two-goal lead of its own. On the heels of a slashing penalty against Kasey Kulzcycki, the Ice Flyers emerged in front again on power-play Frederic Letourneau’s goal in the final minute with just 26 seconds to go before the second intermission.

A boarding penalty against Mike Laidley put the Ice Flyers on another power play 3:05 into the third. The result? Another win for the Pensacola power-play unit 1:10 later from Ivan Bondarenko, prompting Peoria to pull goalie Eric Levine in favor of former Ice Flyer Jack Berry. It marked the second time in the series that one team changed goalies in mid-game after the Ice Flyers did so in game one. No such occurrence happened for Pensacola on Friday, with Cody Karpinsky stopping 23-of-27 shots. 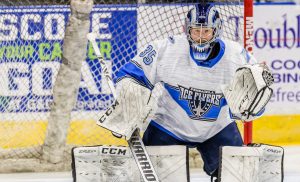 Down by two goals, the Rivermen took their turn on the comeback trail in the third period. Less than one minute after being down 4-2, that deficit was cut in half 5:06 into the third when Baer buried his third goal of the night. Just past the ten-minute mark of the third, the Rivermen found power-play success of their own. With the Ice Flyers Douglas Elgstam serving two minutes for high sticking, JM Piotrowski’s goal on the advantage evened the score, an equalizing that’d be undone by the Ice Flyers in the final minutes.