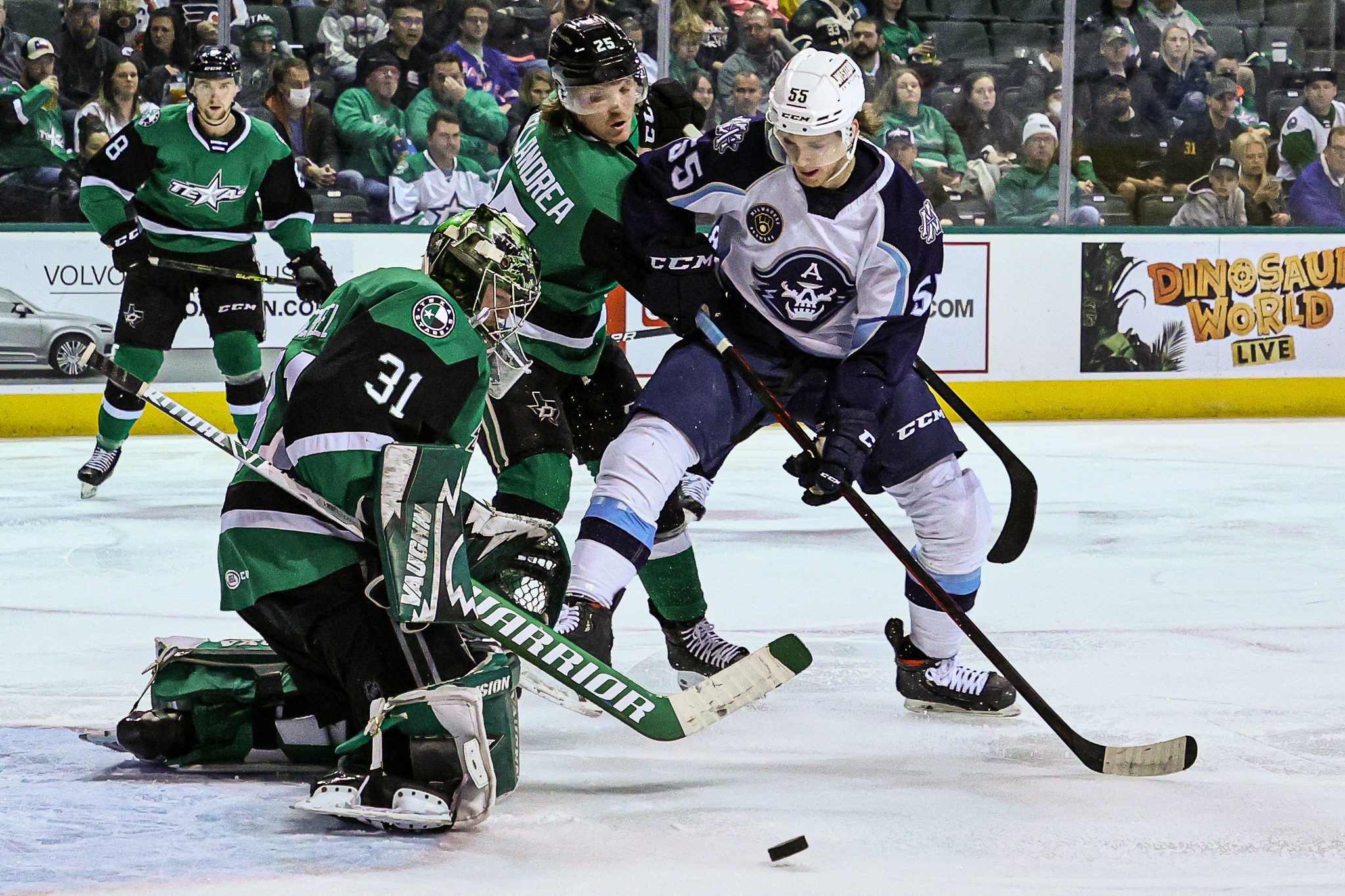 In what was a showcase of physicality, skill, and special teams, the Admirals took two points in the opening bout with the Stars

CEDAR PARK, Texas – After a day off, the Texas Stars returned to action, facing their division rival, the Milwaukee Admirals. In what was a showcase of physicality, skill, and special teams, the Admirals took two points in the opening bout with the Stars.

Like their last two games, the Stars struck early in the first period to take the lead. This time, it was on a redirection from Curtis McKenzie on the power play. The McKenzie goal ended an 0-for-12 streak on the power play this week. It didn’t take long for Milwaukee to respond, when just three and a half minutes later, Cody Glass flashed his puck handling skills and worked around Stars goalie Adam Scheel to knot it up at one.

The Admirals weren’t done however and jumped out to their own lead. It was Cole Smith with a one-timer to make it a 2-1 game. Heading into the break, the Stars were on their heels and needed to make a change.

Coming into the second, the Stars pressed for the equalizer. They’d get it just three minutes in when Riley Tufte swatted the puck over the glove of Connor Ingram to tie it up. All four goals to this point had been scored on the power-play and the physicality continued to ramp up. In response, both teams traded penalties and power play opportunities, but to no avail. We went into the final twenty minutes with the game tied and ripe for the taking.

The Stars were shot out of a cannon to start the third period. With a relentless forecheck and constant pressure on the puck, the tides were turning in favor of the home team. That was until Rhett Gardner was called for hooking, which gave the Admirals another power-play chance. Deflated, the Stars allowed a goal just 12 seconds into the man advantage. This time, it was Glass again scoring his second of the game. The Stars tried to answer, but were limited to even rush chances and were never able to set up in their offensive zone. Despite their best efforts, they were unable to tie it up and Cole Schneider sealed the game with an empty-net goal.

This game feels like a textbook 2021-22 Texas Stars game. They battle hard through the majority of the game and one mistake seems to derail them. Friday’s result is one that should sting, but there are some positives to take out of this loss.

First, the Stars were able to score on the power play again and were not phased by a prominent presence in net. Connecting on two power plays and threatening to take the game by force in the third period is a scenario I believe most coaches would embrace.

Second, the forecheck and puck possession game seemed to favor the Stars throughout most of the game. Evident by their third period push, the Stars utilized their size and tenacity to make Milwaukee uncomfortable and hasty.

The tenacity of the Stars is something to behold, but the discipline and composure of the team in critical situations seems to be lacking. There have been numerous instances of the team failing to play a full sixty minutes and instead lose, due to their own mistakes or lack of effort at some times. Friday’s instance: Discipline. The hooking call on Gardner may have been on the softer side, but nevertheless, it was called and the Stars paid big.

Going forward, the Stars need to stay composed down the stretch. In comparison to other teams in their division, they may not have the speed or skill to match up, but they do have the size and willpower to win games. Using these to their advantage has bode well for them to this point in the season, but there needs to be a complete effort to see the results they want.

The Stars will return to action tonight to close out their two-game series with the Admirals before continuing their eight-game home-stand with four more games next week.