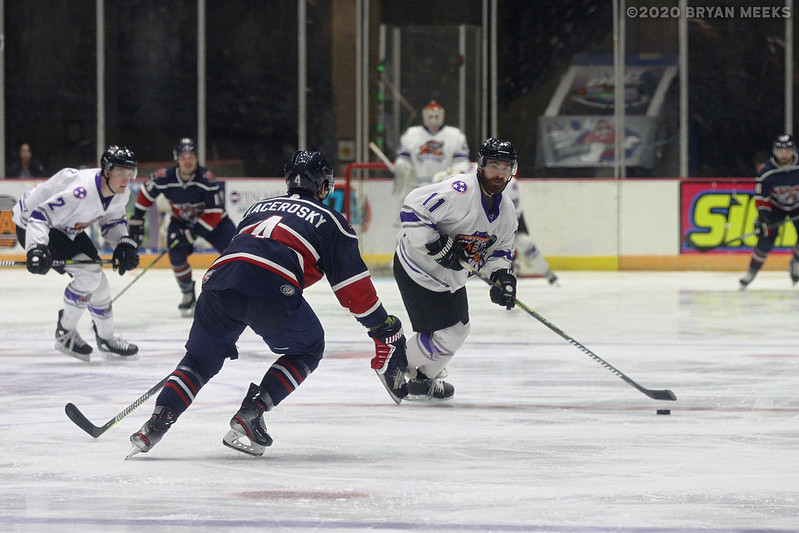 MACON, Ga- The Southern Professional Hockey League’s 2020-2021 season will be comprised of five teams and a 42-game regular-season schedule, as announced by the league on Tuesday.

The season will begin on December 26 with the league’s five teams being the Macon Mayhem, Pensacola Ice Flyers, Birmingham Bulls, Huntsville Havoc, and Knoxville Ice Bears.

As a result of local restrictions in light of COVID-19 that significantly impact the ability for teams in some states to host spectators, the Evansville Thunderbolts, Quad City Storm, Peoria Rivermen, Fayetteville Marksmen, and Roanoke Railyard Dawgs will not take the ice on 2020-21. Rather, they’ll prepare for a return to play in the 2021-22 season.

“We truly wish all the teams were able to participate this season, but we are excited to move forward and get back to playing hockey,” the Bulls said in a statement to TheSinBin.net.

SPHL Commissioner Doug Price lamented the fact that Tuesday’s news was a result that the SPHL had no control over.

“This is a tough day for the SPHL, particularly because the circumstances that forced these decisions are out of our control,” Price said in a statement. ” When we were forced to suspend play back in March, we immediately turned our focus to the upcoming 2020-2021 season. We waited as long as possible for things to improve so that all of our teams could play this season, but I don’t think any of us imagined we would still be facing these restrictions seven months later.”

So what becomes of players from rosters of teams not playing this season?

Players named to a protected list or signed to a training camp roster will now become free agents. For the five teams not playing this season, they’ll be able to retain rights to those players for 2021-22.

“The past seven months have been the most trying of my 28 years in the sports and entertainment business, as we tried to navigate the uncertainty for our team, our fan base and our corporate partners to see a path forward,” said Bart Rogers, Chief Operating Officer/Owner of the Peoria Rivermen said in a statement released by the team. “This decision was not taken lightly and we had no other choice. We continued to hold out hope that the restrictions would be lifted, but the clock ran out on our franchise…because many of our other league partners/teams were able to play and the league needed to move forward and prepare for a December start, which is fast-approaching.”

Additional SPHL schedule details, including a playoff format, will be announced in the near future.