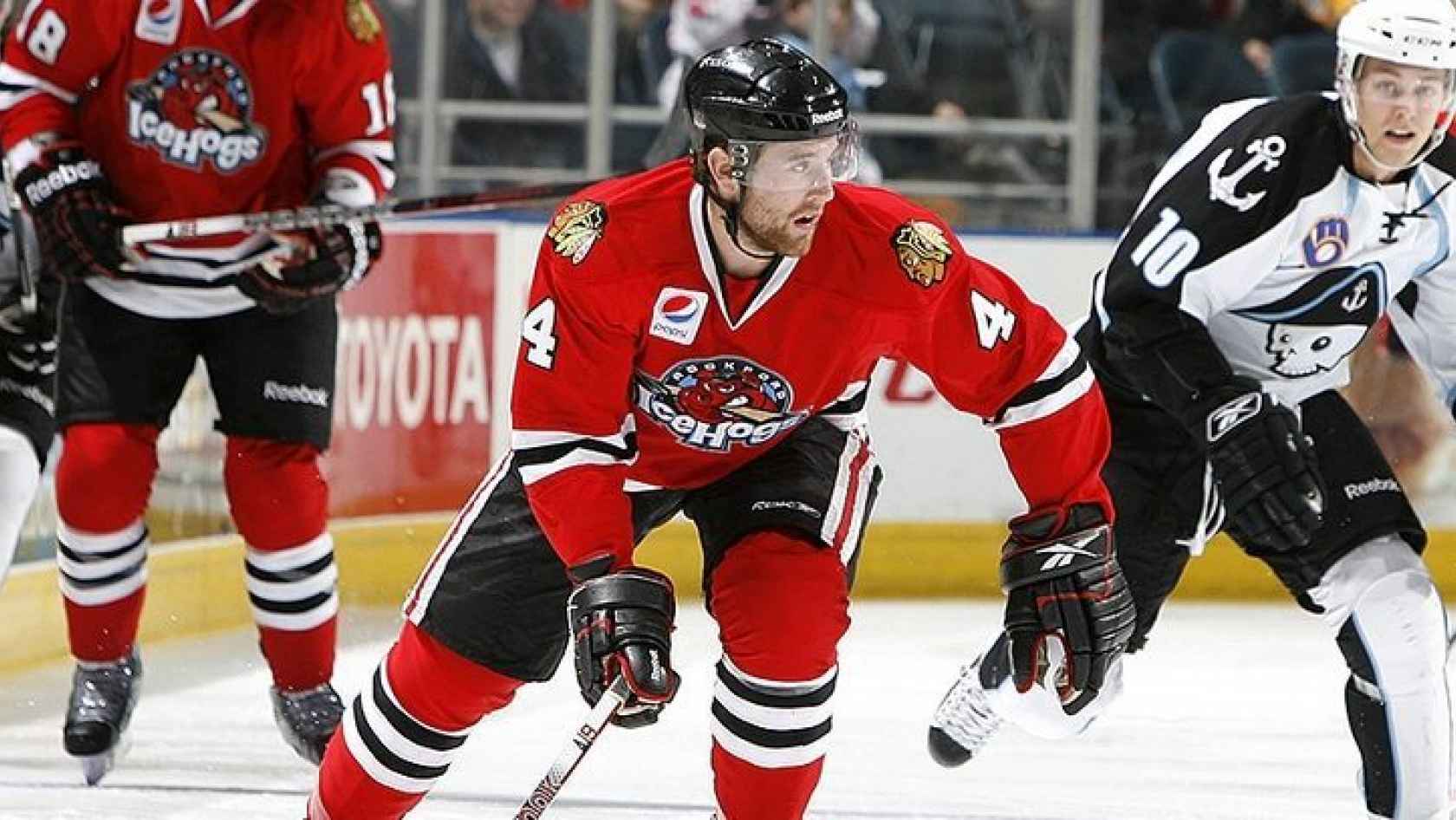 IceHogs head coach Derek King was looking at a blueline without a mentor…until the team brought back a familiar face.

ROCKFORD, Ill. – The Rockford IceHogs lost a big veteran presence at defense this past summer. Last season’s defensive father figure, Cody Franson, has moved on to the Hershey Bears. IceHogs head coach Derek King was looking at a blueline without a mentor…until the team brought back a familiar face.

On August 4, the Blackhawks secured the services of Ryan Stanton via an AHL contract. Stanton spent his first three professional seasons in Rockford, starting in the 2010-11 campaign. King was more than pleased with the pickup.

“Exactly what we needed,” King told Rockford broadcaster Joseph Zakrzewski after learning of the acquisition. “I’ve heard nothing but good things about this guy. I had a nice conversation with him and I think he’s going to be a perfect fit for this organization.”

Stanton, who was a prospect himself in his first stint with the Hogs,  is now at the other end of the spectrum. A 32-year old blueliner entering his twelfth season in pro hockey, Stanton has spent time with six NHL organizations.

His best Hogs campaign came in 2012-13. Stanton skated in 73 games for Rockford, with three goals and 22 assists. The following fall, Chicago tried to sneak him through waivers and he was nabbed by the Canucks. Stanton spent two years with Vancouver, where he played 118 of his 120 career NHL games. He has 514 AHL tilts under his belt, spending last season on an AHL contract with Bakersfield.

Stanton is capable of chipping in on the offensive end, but will likely concentrate on a physical, defense-first game. It should be to Rockford’s benefit. With fellow AHL teammate Dmitri Osipov being converted to forward this season, the IceHogs can use what Stanton brings to the table.

Stanton will be mentoring a young crop of prospects that may be cycling back and forth between Chicago and Rockford. Wyatt Kalynuk will start the season with the Hawks, as he is currently injured and can’t be sent to the AHL until healthy.

Ian Mitchell, Nicolas Beaudin, and Jakub Galvas are players who will be trying to become permanent NHL defensemen this season. It’s likely that each will have plenty of ice time in Rockford.

At least one of this trio is probably beginning the season in Chicago. Mitchell and Beaudin both had time with the Blackhawks in 2020-21. Galvas has a couple of years of experience in the top professional Czech league and has impressed the brass with his play.

Two young prospects who are looking to move up the ladder are Alec Regula and Issak Phillips. Regula was the prospect many fans were interested in seeing develop at the beginning of the 2021-22 season. He appeared in just 16 games with the IceHogs due to some injuries. However, he did earn a call-up late in Chicago’s season.

Phillips, on the other hand, was off the radar heading into last season because he wasn’t expected to be around long. Starting the season on an amateur tryout, Phillips was in a position to take advantage of being allowed to skate in the AHL when his junior season was canceled.

Phillips posted a pair of goals to go with seven helpers in 27 games with the IceHogs last season, earning his entry contract with Chicago. Both Phillips and Regula are big defensemen who could help the Blackhawks in a couple of years. Filling out and continuing to learn the pro game will be priorities for both players.

Injuries limited former second-round pick Chad Krys to six games in Rockford in 2020-21. Entering the final year of his entry deal, Krys may have a tough time finding a regular spot in the IceHogs lineup. With Kalynuk out for the first few weeks of action, Krys needs to make an impact early.

In addition to Stanton, Rockford has a couple of players signed to AHL contracts. On Thursday, the IceHogs announced that they had signed Jacob LeGuerrier to an AHL contract. LeGuerrier was scoreless in four games for the Laval Rocket last season.

Michael Krutil was signed last season, appearing in 21 games with the IceHogs. He’s still just 19, but is another bigger body at 6’3″ and 203 pounds. He’ll be playing to earn an NHL entry deal from Chicago.

Cliff Watson was signed to several PTO contracts by Rockford last season, appearing in eight contests. He was signed to an AHL deal this summer, though he’s expected to spend most of his time with the ECHL’s Indy Fuel.

The IceHogs will be one of the younger teams in the AHL this season, and it will show on the defensive end of the ice. Rockford is looking for Stanton to show the way to some talented youngsters as the schedule gets underway.