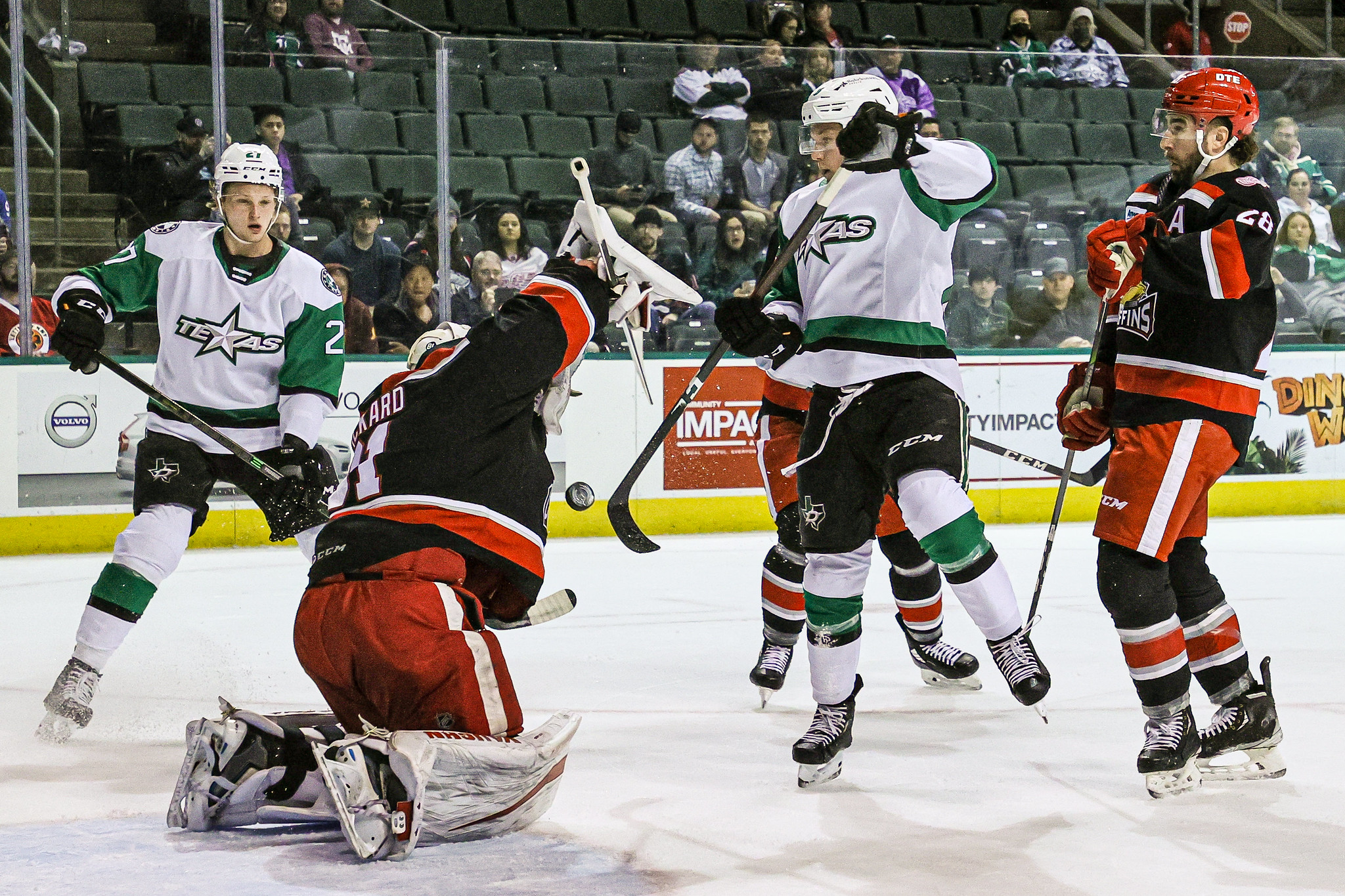 CEDAR PARK, Texas — The Stars returned from a two-day layoff to resume their eight-game home stretch. After falling behind by a pair of goals early, the Stars battled to cut into the lead but were unable to catch up, and dropped their third straight game on home ice, losing 2-1.

Not much developed early on for either team as it took until 14:36 of the first before the Griffins’ Taro Hirose snuck one through the five-hole of Stars’ netminder Adam Scheel. On what was a nice breakout, the odd-man rush played out to perfection for the Griffins with Kyle Criscuolo wiring the pass to a streaking Hirose. Down one late in the period, the Stars didn’t help the chances of their comeback when they had to go to the penalty kill. On the power play, the Griffins’ Jonatan Berggren launched a missile from the wing. A wrist shot on the break followed by a hammered one-timer, and the Griffins were out to what would prove to be the sufficient amount of goals.

To open the second period, the Stars were on the power play. Primed to cut into the lead, the Stars would struggle to find a rhythm on special teams.

Deep into the second period, the Stars finally struck. It was Ty Dellandrea working around Griffins goaltender Calvin Pickard.

The Stars attempts to come back were stymied by Pickard and the defense of the Griffins. Despite having a power play late in the game that included a stretch of six-on-four, the Stars could not tie it up before the final horn and dropped their third straight game in Austin.