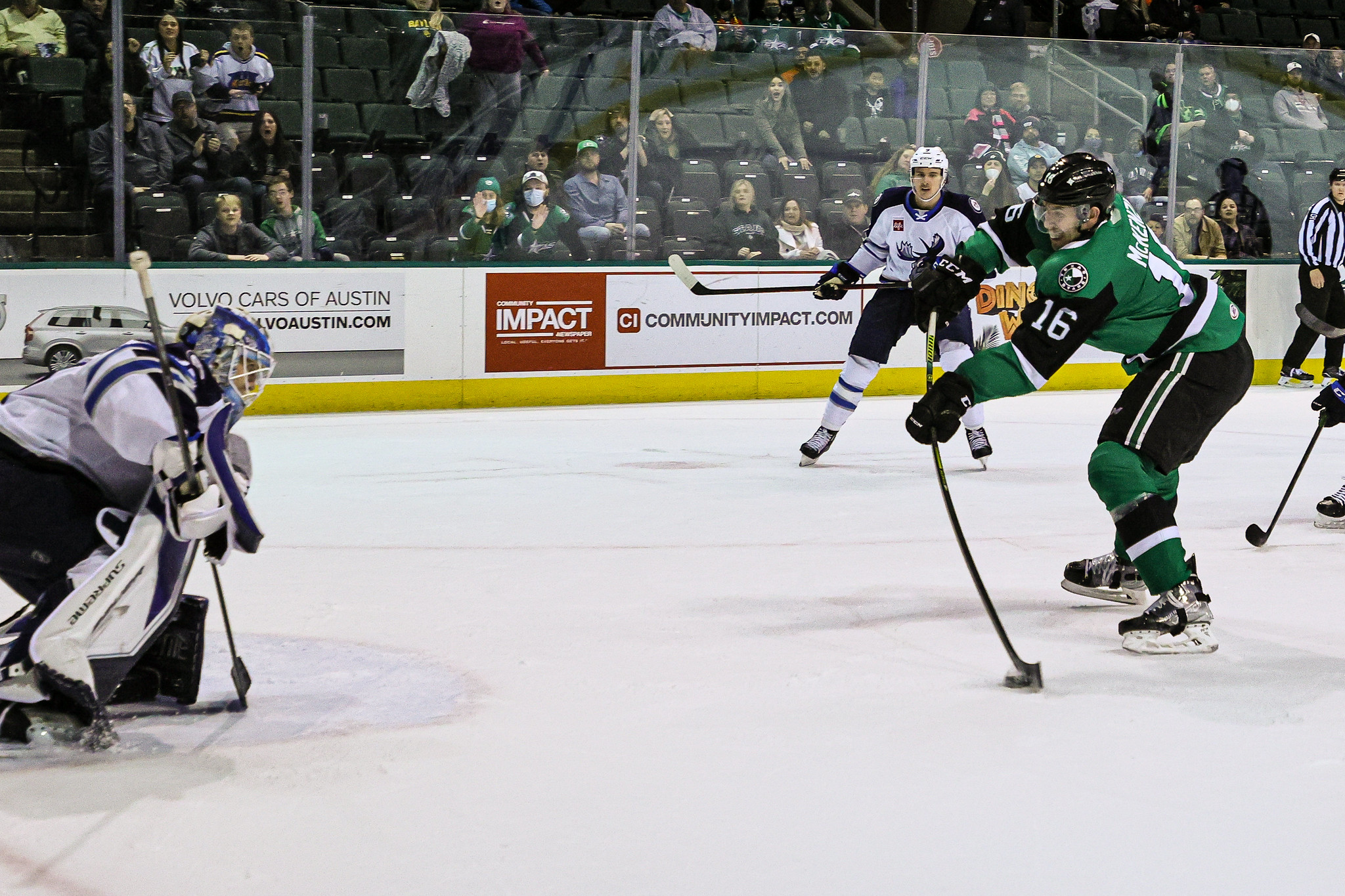 Stars Score at Buzzer, Fall to Moose in OT

Stars Score at Buzzer, Fall to Moose in OT

CEDAR PARK, Texas – The Stars returned for the opening game of what will be an eight-game homestand Tuesday night. Their foe? The team they had the pleasure of visiting this past weekend in the Great White North, the Manitoba Moose.

In what was a hard-nosed, yet sloppy affair, the Stars managed to eke out a point in the standings due to some late game heroics from their captain, Curtis McKenzie. The Stars fell to the Moose, 3-2.

As with teams who meet frequently within a short period of time, the physicality and emotion of the game can seem to take precedent and the game can get out of hand. That was exactly what happened Tuesday night, but not before the Stars were able to jump out to an early lead thanks to Joel L’Esperance who extended his point streak to nine games.

Unfortunately, the Stars would fail to extend their lead throughout the game and relinquished the lead in the final minute of the period. 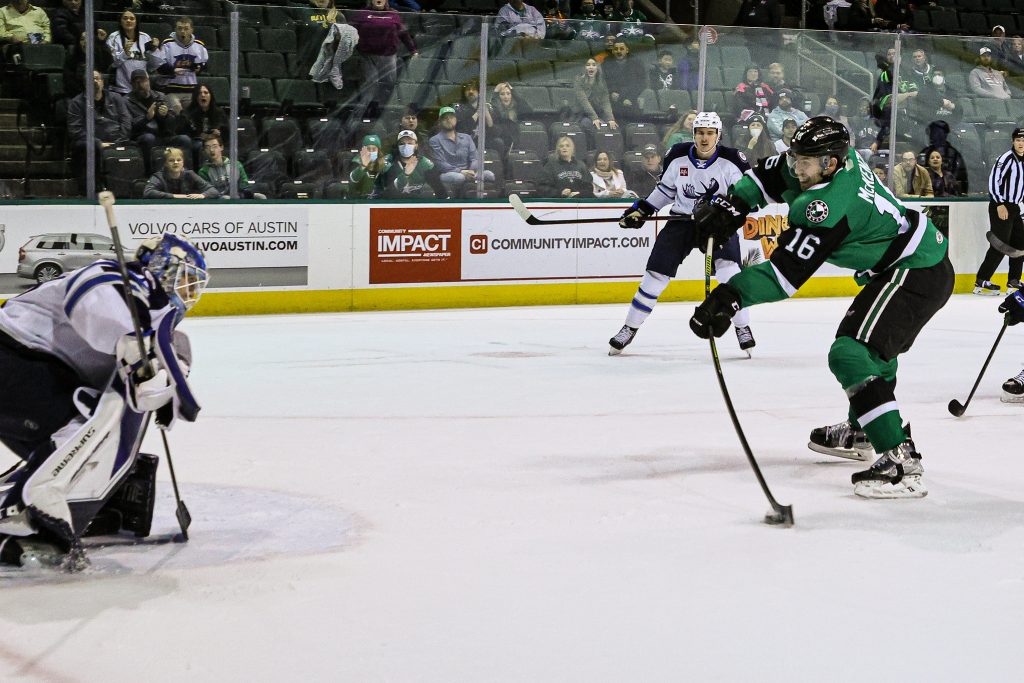 Coming out of the first intermission I’m not sure anyone could have prepared for what they would see. The second period featured an escalation of epic proportions. With a total of nine penalties between the teams, a fight, and a scrum after every whistle, this was the pinnacle of hockey. The Stars failed to capitalize on every power play in the period, but the story did not follow suit for Manitoba.

In what was a bizarre call, Anthony Louis, who was serving a minor for unsportsmanlike conduct, came out of the box as the puck was being cleared down the ice. He collected the puck and set out on an odd-man rush, or at least he was until the play was whistled dead. To the confusion of the crowd and the Stars’ bench, Louis was called for an illegal substitution and was sent back to the penalty box for another two minutes.

On the ensuing power play, Manitoba scored to take the lead. Unquestionably angry about the call, the Stars amped up the physicality as they continued to hunt for a goal. Their efforts stretching deep into the third period were snuffed out one by one. In the waning seconds of regulation, the captain broke free on a solo break and beat the buzzer and the goalie to tie it up.

The crowd, fired up by the last second goal and hungry for a win, screamed for the Stars to seal the deal. It was all for not however, as Jimmy Oligny cut to the front of the net and lifted the puck over the right pad of Matt Jurusik.

The Stars played their game for much of Tuesday’s contest but continued to have issues scoring.

Similar to Sunday’s shootout loss to Manitoba, the Stars held the lead, but failed to extend and instead, found themselves sitting back, relying on their goaltending. Jurusik was fantastic tonight, stopping 24/27 shots. He has had a good run since signing with Texas in late December. Unfortunately, the Stars were unable to give their goaltender the insurance needed to secure the win.

Since the beginning of the season, it has felt that goaltending has buoyed the Stars to success. Originally it was Jake Oettinger, then Adam Scheel and Anton Khudobin, and now Jurusik. There’s no shortage of solid goaltenders in the Stars organization, but over-reliance is starting to become more apparent.

Going 0-for-8 on the power play is troubling, as it shows there are problems with scoring, and it will continue to cause issues going forward. In addition, should Louis have not been called for the illegal substitution call, and he likely should not have, the story might be a bit different. However, the issue remains, the Stars are becoming over-reliant on goaltending.

They’ll take another kick at the can on Wednesday when they will close out their three-game series against Manitoba.