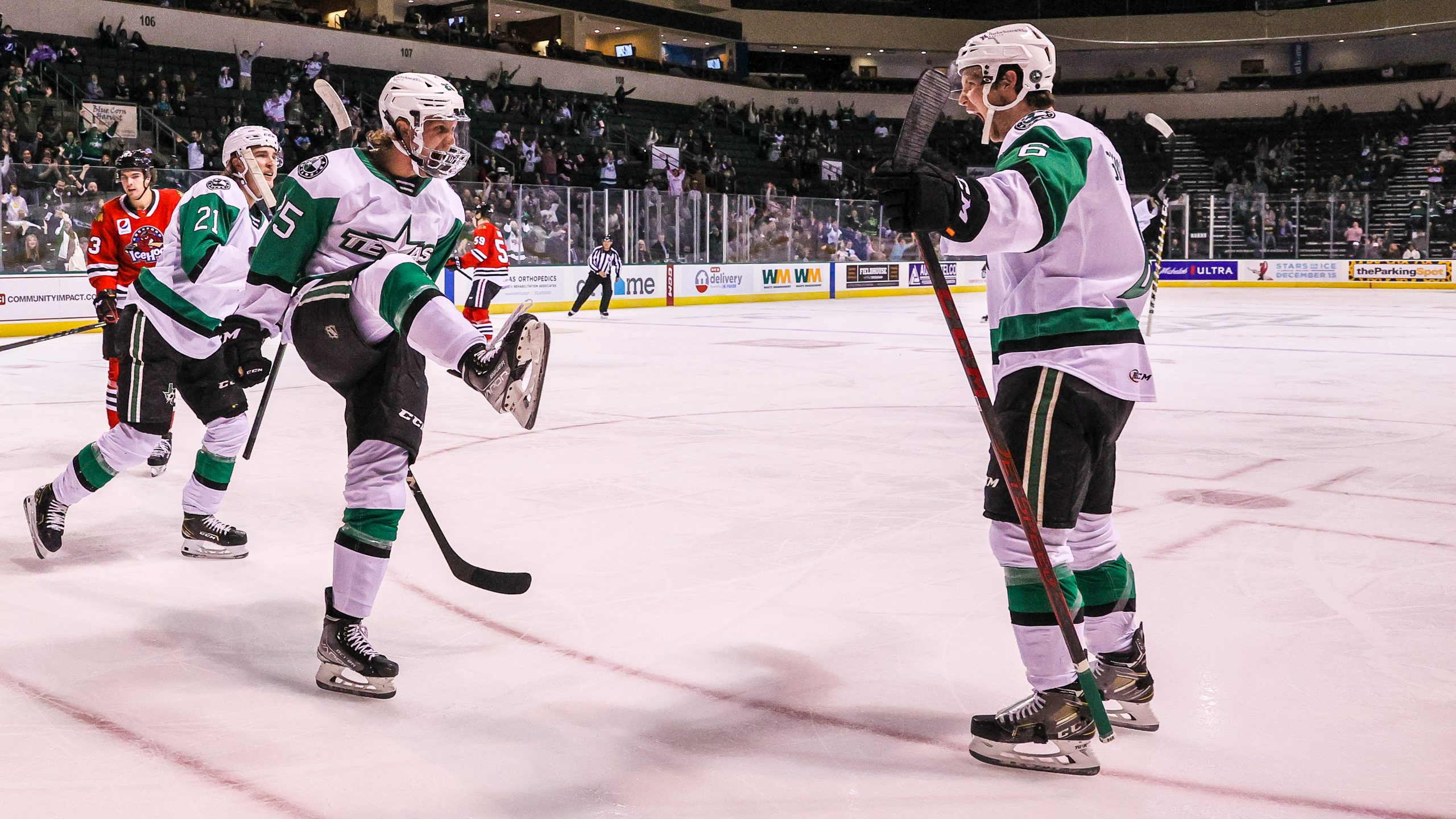 CEDAR PARK, Texas – The Stars returned home on Thursday evening to face the Rockford IceHogs. After splitting their first two series of the season, the Stars are looking for a sweep.

The Stars came out hot, holding the puck in the Rockford zone for the entirety of shifts and establishing an impressive forecheck. The early pressure resulted in a Ty Dellandrea goal at eight minutes into the first. Dellandrea was the beneficiary of an Oskar Back tip to the slot after a Ben Gleason wrist shot hit IceHogs goaltender Malcolm Subban up high.

After the Dellandrea goal, the Stars maintained their attacking presence. At 10:12 of the first, it was Riley Tufte who fired a wrister over Subban’s blocker to extend the Stars lead to two. Before anyone could sit down, Back batted another puck home, but this one was called back on account of a high-stick.

Throughout the rest of the period, scoring chances came in bunches, but the Stars failed to net the backbreaker.

The second period started with a Rockford goal just 26 seconds in. A scramble in front of the net resulted in Carson Gicewicz’s first professional goal and cut the Stars lead in half. The one goal difference would be short-lived, however, as Andreas Borgman scored a beauty backhander on an excellent feed from Jordan Kawaguchi. The Stars began to bear down defensively the rest of the period and only allowed two shots in the final 14:40.

The third period featured more of the same and the Stars continued to salt away the game. That was until Dellandrea took a shot from behind into the boards and was slow to get up. After the ensuing fight, the Stars went to their first power play of the night.

Despite registering four shots during the man advantage, the power play was unsuccessful in sealing the game. The final three minutes saw another Stars power play and about ten opportunities at an empty net, none of which went in, albeit a 200-foot shot hit the post.

This game was a tale of two halves. The first 30 minutes featured several high-danger chances and four goals. The other half, a defensive clinic, a masterclass in how to shut down a game.

This is, in my opinion, the best game the Stars have played this season. I think this team has an identity and I would say it is their ability to be imposing defensively from their own blueline forward. There’s no weak link to this defensive core and there seems to be a buy-in to the overall defensive game.

This team has no trouble scoring either, and with more time together, this unit will be one to reckon with come playoff time. While it is only five games into the season, I feel comfortable in saying this team looks like they believe in what head coach Neil Graham is preaching. If they can replicate this kind of performance going forward, they will certainly catch the attention of the league.

The Texas Stars return to action on Saturday, Oct. 30th, at home against Rockford.