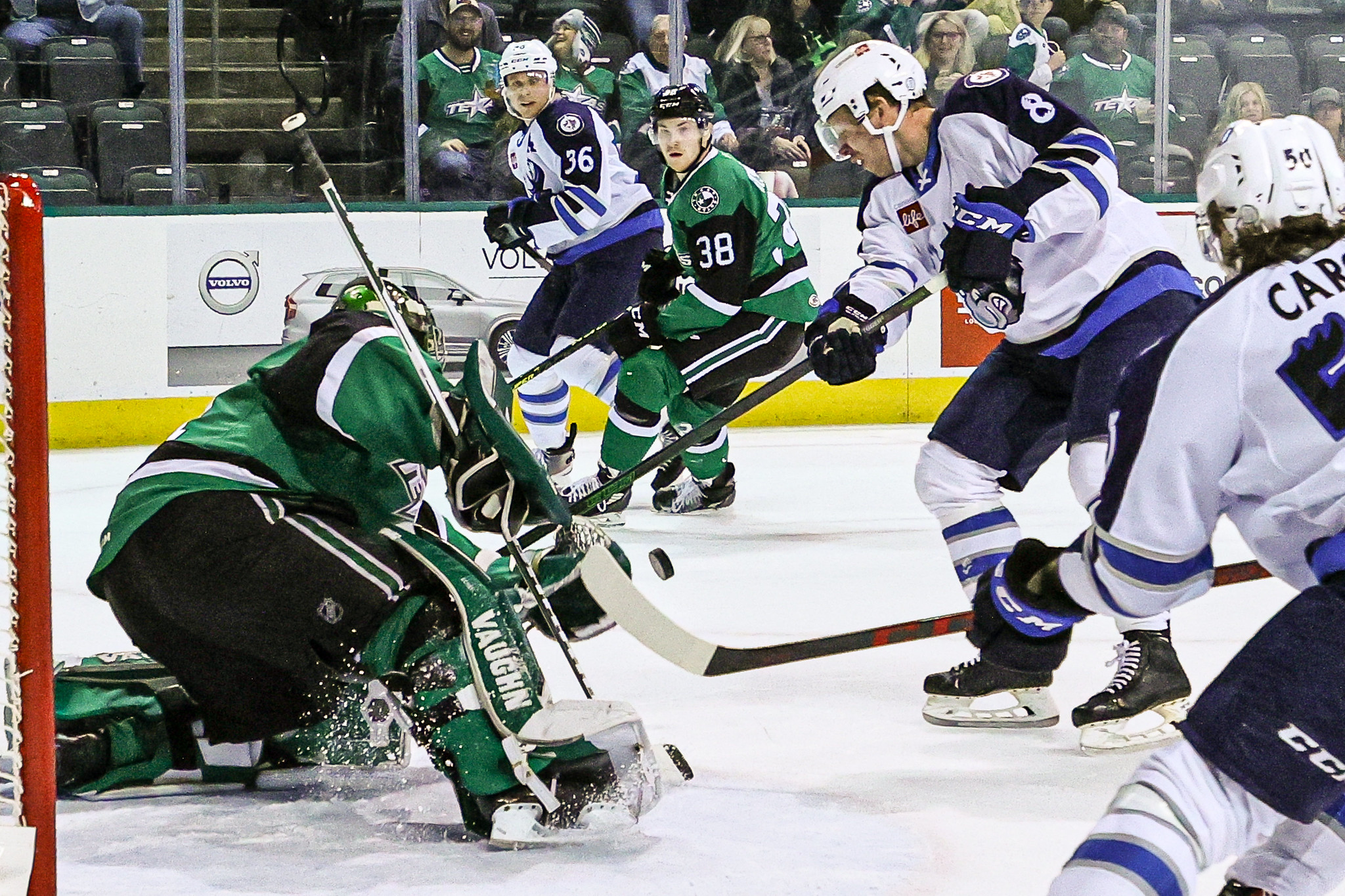 CEDAR PARK, Texas — The Stars concluded their three-game set with the Manitoba Moose Wednesday night with a resounding win. After two close losses on Sunday and Tuesday, the Stars wanted to finish off the series on a high note.

Thanks to some early fireworks and a bastion in net, the Stars were able to walk off home ice with a 3-1 regulation win.

Like Tuesday night’s game, the Stars jumped out to an early lead, thanks to Joel L’Esperance, who is now riding a ten-game point streak. However, unlike Tuesday night, the Stars were able to add insurance on the back of an Anthony Louis goal. Both goals came to fruition via some pretty passing off the stick of Riley Damiani.

Damiani, who has been up with the Dallas Stars for much of the last couple of months, made an immediate impact in his second game back in Austin. Now holding the most dangerous lead in hockey, the Stars reverted to playing back with an emphasis on physicality and strong goaltending. 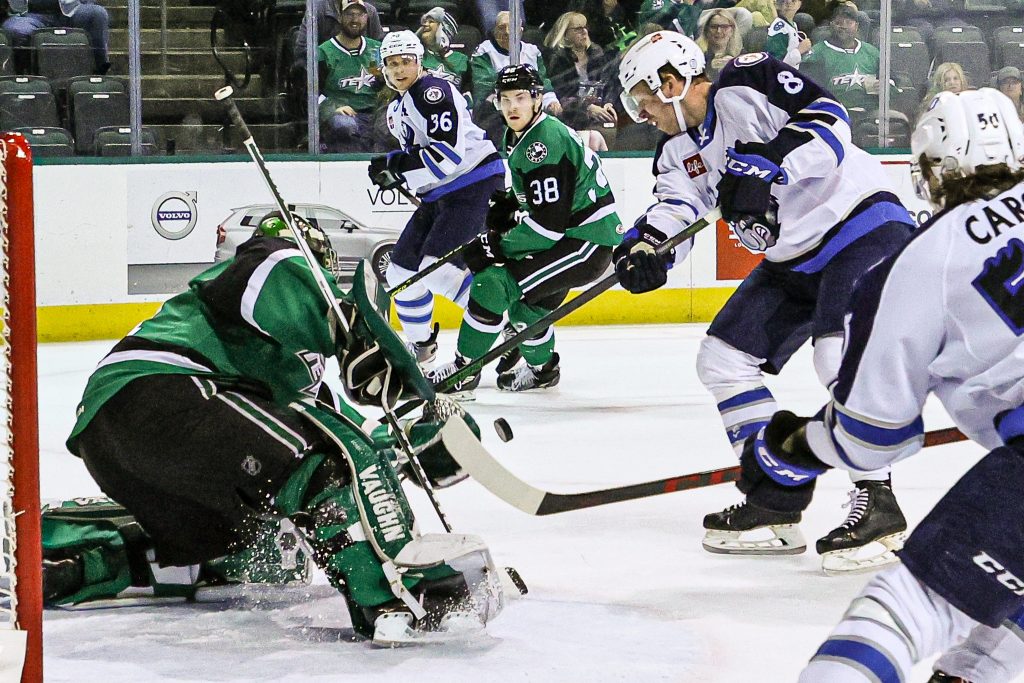 In Tuesday’s game, this strategy cost the Stars, but the story was a bit different on Wednesday. Adam Scheel got the start and shutdown every Manitoba shot through the first two periods. It wasn’t until late in the third when Manitoba’s Matt Alfaro one-timed the puck past Scheel on the power play to cut the lead to one.

The Stars, undiscouraged by the Alfaro goal, held off the Manitoba attack for the remainder of the game. Finally, Captain Curtis McKenzie put it away with an empty netter to secure the victory.

What more is there to say about the Stars? They seem comfortable playing a hard, defensive game when they get the lead. Luckily for them, they’ve been able to jump out to an early lead each of the last two games. While they were unable to hold off Manitoba on Tuesday, they have found that winning games 1-0 are not something to bank on. Rather, the Stars were able to impose themselves and continue pressure throughout most of the contest.

It will be interesting to see how the Stars will fare against a team with highly touted goaltending.

They will get that opportunity on Friday and Saturday night when they will host the Milwaukee Admirals in a two-game set. It will be an opportunity for the Stars to continue climbing the standings while directly gaining points on the teams ahead of them in the standings.

We’ll see if they have what it takes starting Friday night at 7 p.m. at the H-E-B Center.