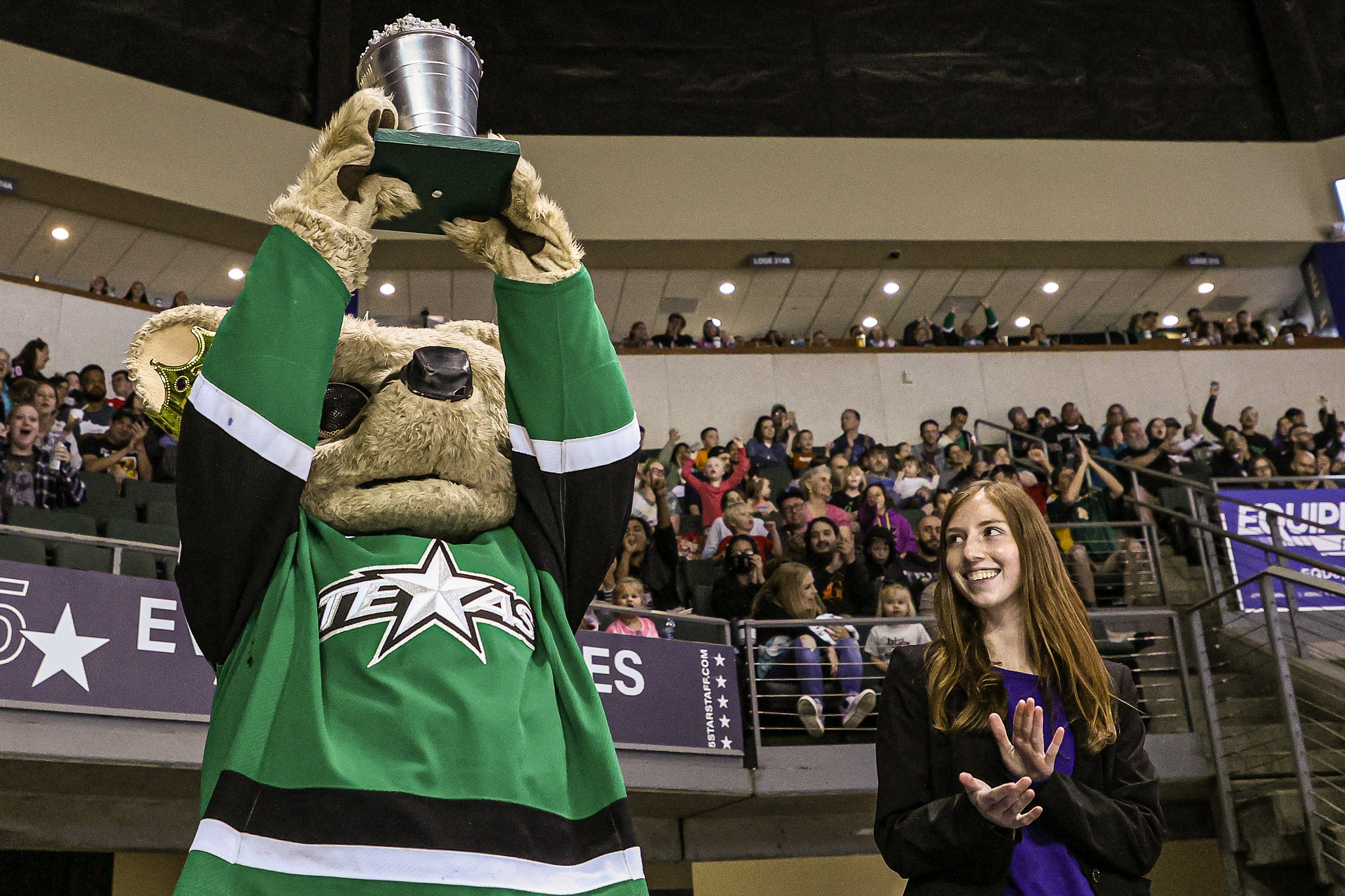 The red-hot Stars, winners in five of their last six, were looking to bolster their points total in the hopes of moving closer to securing a playoff bid.

CEDAR PARK, Texas – The Stars returned home after a two-week long road trip to square off with the Iowa Wild this weekend. The red-hot Stars, winners in five of their last six, were looking to bolster their points total in the hopes of moving closer to securing a playoff bid. Contrary to the Stars hopes, they would drop both games on the back-to-back and only secured one point via a shootout loss in the opener. Both losses were very demoralizing and highlight some issues from earlier in the season that are beginning to pop up again.

Iowa came into Cedar Park behind the Stars by three points with a game in hand. Both teams are vying for the 5th seed in the Central division as the season winds down, so this series was critical for both sides. The Stars rose to the occasion early in the first and struck in the first ten minutes. After that goal, it felt as if everything went downhill. Despite holding a lead on three separate instances, the Stars would relinquish any advantage as the Wild would takeover. Puck possession and zone time tilted heavily in Iowa’s favor and put the Stars on their heels. That continued into the overtime period where the Stars would not touch the puck for over three minutes. That drought came to an end via an Iowa penalty. Not even a minute later, the Stars would be on a 5-on-3 power play. Despite a flurry of shots and immense pressure, the Stars could not beat Zane McIntyre.

In the shootout, it was much the same as the Stars would lose in 2-1 in six rounds ended courtesy of Nick Swaney. A difficult loss to swallow for the Stars. Luckily, they would have the opportunity to right the wrong immediately.

Sunday evening’s game started out like the last two periods of Saturday’s game. The Stars were flat and the Wild were dominant. That showed up on the scoresheet quickly. Mason Shaw broke the ice just past the halfway mark of the first and gave the Wild the lead. After the goal, the Wild continued to bring the pressure to the Stars, who would spend most of the period trapped in their own zone.

Coming out of the first intermission, the Stars flipped the script and started firing everything at the net. Despite this offensive surge, Iowa’s Mitchell Chaffee would snipe a rocket over the blocker of Adam Scheel to make it 2-0 Wild. In response, the Stars would bear down even more. The Stars would end the period with a 17-8 shot advantage in the second period. Albeit, they would not get anything by McIntyre.

The third was much of the same. With multiple power play and two-man advantages throughout the final 20, the opportunity to strike back was ever present. Even though they had these opportunities and registered 15 shots, the Stars could not get on the scoreboard. McIntyre stopped all 38 shots he faced en route to a huge shutout win for the Wild. With that, the Wild took control of the final playoff spot from the Stars. Both are tied at 66 points with the Wild having played one less game.

Dropping both games on home ice to a team they are directly competing with for the final playoff spot is far from ideal for the Stars. There wasn’t much positive to takeaway from this series except the effort was there in the latter half of the back-to-back. Unfortunately, failing to play the full 60 minutes would bite the Stars.

With the season winding down, the Stars will need to win the majority of their remaining games, which include three upcoming home games against the division leading Chicago Wolves. The last time the Wolves were in town? They swept the Stars in a three-game set that featured an 8-2 loss that would be the final game of Ben Bishop‘s career, and another multi-goal loss. If they can collect some points out of that set, they will have the opportunity to reclaim their spot from Iowa when they travel to Des Moines in just under two weeks.

The schedule is not in the Stars’ favor, but the opportunity to make the playoffs remains. It’s going to come down to taking advantage of their opportunities in the offensive zone and taking control of the games that remain. If they can play like they did in the final two periods of Sunday’s loss, they should be confident that they will end up in the playoffs.