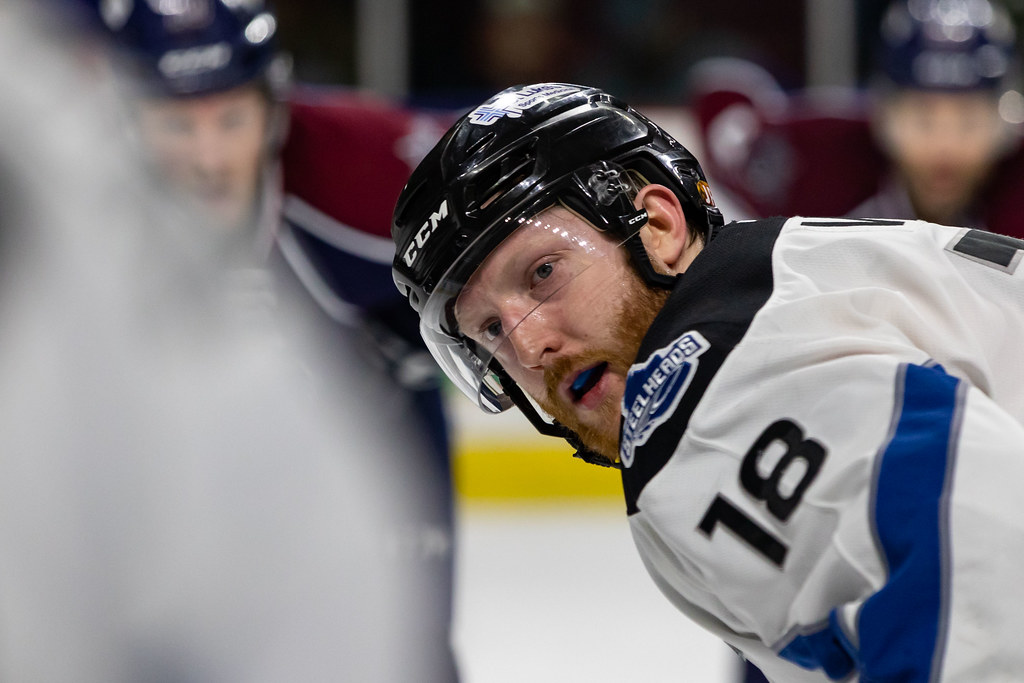 BOISE, Idaho – Summertime has officially begun in the Treasure Valley, and as the thermometer begins to rise, so does the steady trickle of news coming out during the ECHL offseason.

BOISE, Idaho – Summertime has officially begun in the Treasure Valley, and as the thermometer begins to rise (sort of), so does the steady trickle of news coming out during the ECHL offseason. The league released the 2019-20 regular season schedule just a week and a half ago, the same day that future consideration trades had to be settled up on (June 13). Free agency began three days later, with everything from single skater to five-player signing announcements popping up on social media. However, for the Idaho Steelheads, June has been a mixed bag regarding overall team and player news.

As the 2019-20 schedule dropped earlier this month, it was more of the same for the Steelheads regarding their all-too-familiar Mountain Division foes. Just like last year, Idaho will be facing Utah (16 games) and Rapid City (13 games) the most this upcoming season (the Steelheads faced off against the Grizzlies 15 times and the Rush 17 times in the 2018-19 regular season). Other divisional competition includes Allen (11 games), Tulsa (eight games), Kansas City (five times), and Wichita (five times).
Idaho will face off against two Central and two South Division teams this coming year, as well. The Steelies will split a home-and-home series with the Fort Wayne Komets (in Boise on Dec. 11, 13 & 14 and in Ft. Wayne on Jan. 10 & 12) while heading to Toledo for the second season in a row to face the Walleye on Feb. 15 & 16. Idaho will fly out to the east coast on Dec. 18, 20 & 21 for a three-game set against the Norfolk Admirals, and will revisit the South later in the season — this time at home — against the South Carolina Stingrays (March 4, 6 & 7).

THE CAP IS BACK

With his fourth professional season on the horizon, Idaho captain A.J. White will suit up for year number three in a Steelheads sweater. On June 19, the Michigan native became the first player signing announced this offseason by Idaho. White had a banner year for the Steelies in his first season wearing the “C”, posting career highs in games played (72), goals (16), assists (35), and plus-minus rating (plus-17). His eight penalty minutes on the year was also a career best.

After his first full ECHL season in 2018-19, former Idaho netminder Tomas Sholl signed a well-deserved AHL deal with the Texas Stars on June 18. Sholl had attended Texas’ training camp last summer before playing 39 games with the Steelheads, going 26-12-1 with a league-best .928 save percentage. He was the only ECHL goaltender last year in the top ten for goals against average that didn’t have an NHL/AHL deal or had played in the AHL (third place, with a 2.25 GAA).

BACK FOR THE FUTURES

Before the announcement of Sholl singing his AHL deal, the Steelheads completed a pair of remaining deals before the 2018-19 season officially came to an end. On May 28, Idaho settled up with Manchester by acquiring the rights of centerman Tony Cameranesi to complete the trade that sent forward Dexter Dancs to the Monarchs on October 25. On June 13, the Steelheads received center Marc-Olivier Roy from the Komets to satisfy the final portion of the trade that sent Justin Kea to Fort Wayne and defenseman Jeff King to Idaho on October 17. Cameranesi is currently slated to play with Storhamer in Norway next season, while Roy only played 26 ECHL games for Ft. Wayne while skating in 22 AHL contests last year.

Two offensive powerhouses that won’t be returning to Idaho next season are forwards Steve McParland and Reid Petryk. Petryk was the first Steelheads player from 2018-19 to reveal his plans for next year when he signed with Frisk Asker (Norway) on June 9. McParland showed his hand for 2019-20 shortly after, committing to Asiago (Italy) for the coming season on June 15. McParland and Petryk were first and third for Idaho in total points last season (57 and 44, respectively), with the former leading the Steelheads in goals in consecutive years (26 tallies in 2018-19 and 31 in 2017-18).