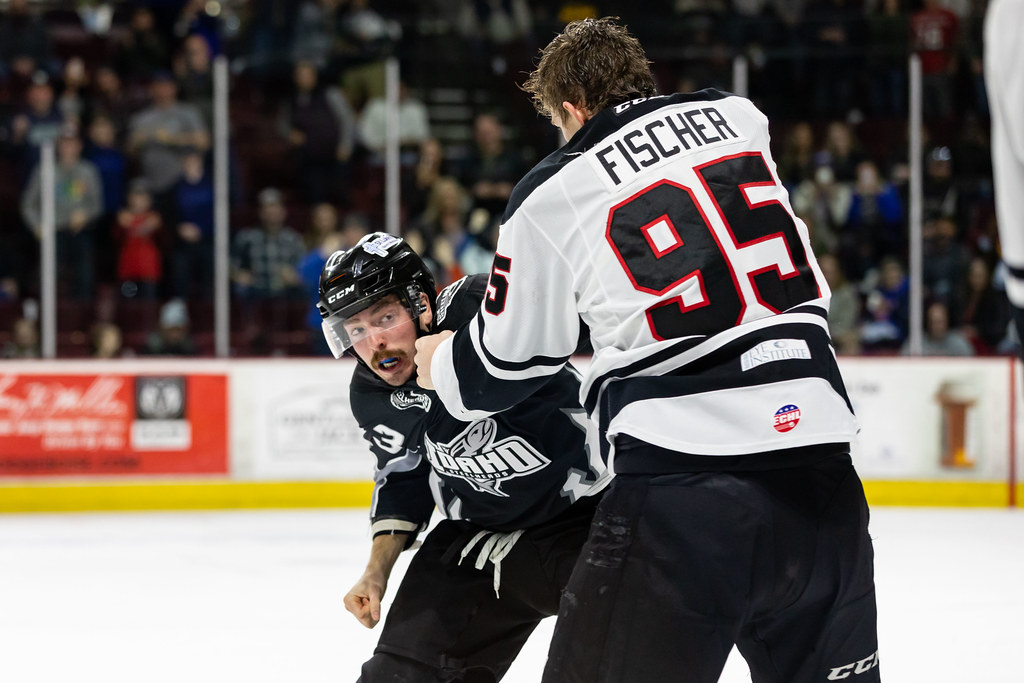 Steelheads Monday Rundown: D-Men, No AHL for Boise, and More

BOISE, Idaho – C.C. Hawkley back at it again with your Steelheads Monday Rundown, a weekly offseason installment to talk all things Idaho Steelheads during the dog days of summer!

Steelheads Monday Rundown: D-Men, No AHL for Boise, and More

BOISE, Idaho – C.C. Hawkley back at it with your Steelheads Monday Rundown, a weekly offseason installment to talk all things Idaho Steelheads during the dog days of summer!

RETURN OF THE KING

The Steelheads announced their second player signing of the offseason on June 26, bringing back the solid defensive presence of one Jeff King. King was acquired from the Fort Wayne Komets early on in the season to shore up a young corps of blue liners, playing twice for Fort Wayne before racking up 66 games for Idaho in 2018-19. He was second among team defensemen in assists (25), and was tied for third in the plus-minus department (plus-16) among all Idaho skaters last season. King was also second amongst Steelheads d-men in defensive point shares with 5.062.

The PHPA put another Idaho skater in the news on June 26, dubbing 6’7” defenseman Keegan Kanzig the ECHL’s best defensive defenseman (Western Conference) for the 2018-19 season. The award, voted upon by ECHL players themselves, was given to Kanzig after a career renaissance with the Steelheads. He posted ECHL career highs in goals (four), assists (14), penalty minutes (167) and led all Idaho skaters in the plus-minus category (plus-30). Kanzig also led all Steelheads blue liners in defensive point shares with 6.404. Serving as one of three alternate captains for Idaho last year, Kanzig’s hockey plans for 2019-20 have yet to be publicly announced.

June 26 turned out to be a busy news cycle for Boise hockey-wise, but the third announcement of the day was not cause for celebration. With the Agua Caliente Band of Cahuilla Indians in agreement with the Oak View Group, NHL Seattle announced that an AHL franchise application had been submitted to the league for a team in Palm Springs, CA. With a 10,000-seat indoor arena planned on 16 acres of tribal land, this officially eliminates Boise as a potential landing spot for Seattle’s AHL affiliate team. A Seattle AHL team to Boise had been buzzed about since the Emerald City was awarded an NHL franchise back in December 2018, with Boise still mentioned in the running as late as May. Such news simply bolsters the need for more western-based franchises in the ECHL, with Utah and Rapid City rounding out the only other two teams in the Mountain Time Zone.

From June 25-28, the Dallas Stars held their annual development camp in Frisco, Texas. Among the group of Dallas draft picks and prospects were four familiar faces from last year’s Steelheads squad: forward Tony Calderone, defenseman Ondrej Vala, and goaltenders Colton Point and Tomas Sholl. Calderone is on the last year of his entry-level contract, Vala and Point both have entry-level deals through 2020-21, and Sholl inked a one-year AHL deal with Texas on June 18.

In an odd observation, Dallas’ 2017 first round pick Jake Oettinger was spotted on the Idaho Steelheads 2019-20 roster via Elite Prospects following the conclusion of camp. He is also listed on the Texas Stars roster, as well, perhaps simply signifying his ability to bounce back and forth between the two teams due to his entry-level contract. With former Idaho netminder Philippe Desrosiers not given a qualifying offer for next season, the Texas/Idaho system has four potential goaltenders for next year: Landon Bow (extended a qualifying offer on June 25), Oettinger, Point, and Sholl. The status of 2018-19 Steelheads goalie Ryan Faragher remains up in the air for this coming season.