Stockton Heat have assigned goaltender Daniil Chechelev to the Kansas City Mavericks. Chechelev was chosen by the Calgary Flames in the fourth round as the 96th overall draft pick in the 2020 NHL Entry Draft. A native of Khabarovsk, Russia, the 6-foot-2, 20-year-old will be joining the Mavericks as the fourth goaltender on the roster. Having played his entire junior career, and first pro-year in Russia, he will be making his North American debut with the Mavericks. 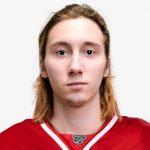 Prior to coming to North America, the young goalie put up impressive numbers in junior and pro play. His junior career was spent in Russia’s predominant major junior hockey league, the “Junior Hockey League,” often abbreviated as the MHL. Playing for Russkie Vityazi Checkhov, Chechelev played a 103 game, four-season junior career, and posted a .921 save percentage and a 2.26 goals against average.

In 2020-21 he played his first pro-season in Russia’s second-tier pro-league, the VHL. In 21 games for HK Ryazan, he registered a .912 save percentage and a 2.58 GAA. One thing of note, in Russia and across Europe, junior teams are often affiliated with certain pro teams as part of an effort to control the development of young players. Chechelev has spent most of his career in the Vityaz Podolsk system.


Prior to being assigned to Kansas City, Chechelev was signed to an AHL contract by the Stockton Heat. Joining a log jam in Stockton that included goaltenders Dustin Wolf, Adam Werner, Andrew Shortridge, and Matt Greenfield, it was clear from the get-go that Chechelev would be fighting for a spot. Chechelev had to deal with visa issues right off the bat, though they have finally been resolved.

Having appeared in no games, and the Heat’s tandem solidifying as Werner and Wolf, it was clearly time for him to join the Mavericks. Chechelev was not expected to come to North America for at least a few more years, but he clearly has his eyes set on an NHL career. It is likely that no KHL or VHL team wanted to gamble on a long-term deal with him when he could bolt for North America at any time. So his agent secured him an AHL contract with the Heat.

It is unclear at this point what the plan will be for Chechelev in Kansas City. A decision will clearly need to be made in regards to which goaltenders will be kept on the roster. With Greenfield currently on the Commissioner’s Exempt List, there is a little bit of time before a decision will be needed. Shortridge and Angus Redmond have been performing well so far this season, and Greenfield had a decent outing in the one game he’s played in.

Given some recent comments by head coach Tad O’Had, and this new goaltending development, it would not be surprising if the Mavericks are active on the trade market in the coming weeks.

Dan Stilley covers the Kansas City Mavericks for Field Pass Hockey. Follow and interact with him on Twitter @FPHMavericks.