MOLINE, Ill. – The Quad City Storm and Peoria Rivermen braved the elements on Friday for another close fought battle in their season-long Cold War on 74. 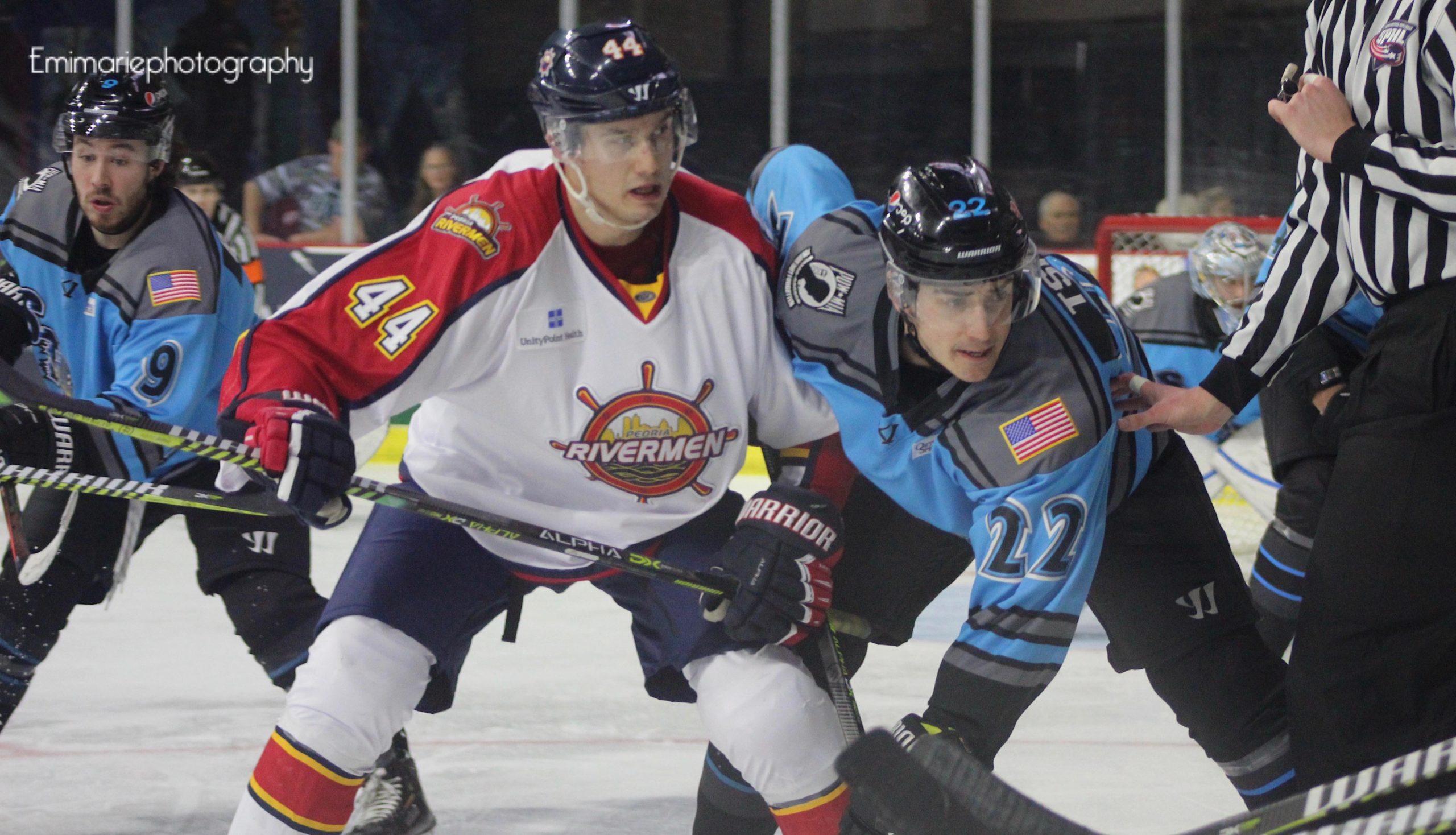 MOLINE, Ill. – The Quad City Storm and Peoria Rivermen braved the elements on Friday for another close fought battle in their season-long Cold War on 74. Attendance was slimmed due to the freezing rain that much of the plains was experiencing, and that same storm system would come back to haunt the weekend on Saturday.

Quad City fell behind twice throughout the game by one goal each time. Both times, the home team was able to come back to tie the game up, showing heart and perseverance. If not for the last minute goal from Alec Hagaman with 44 seconds left in the game, the teams would have gone to overtime to give the Storm a point in three straight games against Peoria. After the struggles last season to garner two points per game against the central-Illinois based team, it was quite the turnaround for the Storm to have been seeking a third straight victory against Peoria.

The Storm are still lacking on the penalty kill to some degree. They still sit at tenth in the league for allowing goals while down a man, with a 76.84% success rate of killing the penalty. They have allowed 22 goals short-handed on 95 chances, while Peoria leads the league in both penalty kill and power play success. The lone power play goal that Peoria scored on Friday was a quick one, coming just 16 seconds after Cody Walsh entered the box early in the first period.
Energy and pressure were also factors in Friday’s loss, as Head Coach Dave Pszenyczny pointed out, as well as injuries from the grind of the season.

“You know, we got some guys battling some sicknesses and injuries right now, and they’re battling through it. I don’t think we sustained the normal pressure like we have been the past handful of games, but you know, anything can happen. A puck at the front of the net gets redirected…funny things happen. it’s hockey.”

Both Dakota Klecha and Sean Kacerosky are currently on injured reserve, and with the loaning of Dalton Mills to the ECHL’s Utah Grizzlies, the Storm roster sits at 16 bodies. Junior Harris, though on the bench, still has an upper body injury and played sparingly through the contest on Friday. Kacerosky can return to action as early as February 1 against Peoria, while Klecha will be available this coming Friday against the Evansville Thunderbolts on the road.

The Storm didn’t take unnecessary penalties through the night, only making four trips to the sin bin. While the teams are rivals, stacking up points is better for the team than seeking fights if they want to make the playoffs. It was a chippy game, with Quad City answering in kind the physicality of Peoria, but the officials prevented any gloves from being dropped.
Questions as to whether Saturday’s game would be played abounded on Friday, and Peoria made the decision to return to Peoria and risk the drive up for the second game in the series rather than staying overnight in the Quad Cities. Perhaps it was for the best, as the rematch between the Storm and Rivermen originally scheduled for Saturday, January 11 has been rescheduled for a later date. That date is yet to be determined, but tickets purchased for the originally planned date can be exchanged at the box office for another game, including the rescheduled date.
Be sure to follow @SinBinStorm on Twitter for the latest news and updates about the Quad City Storm. Don’t forget to also follow The Sin Bin on Twitter and Facebook for all additional SPHL, ECHL, and AHL minor league hockey news coverage!