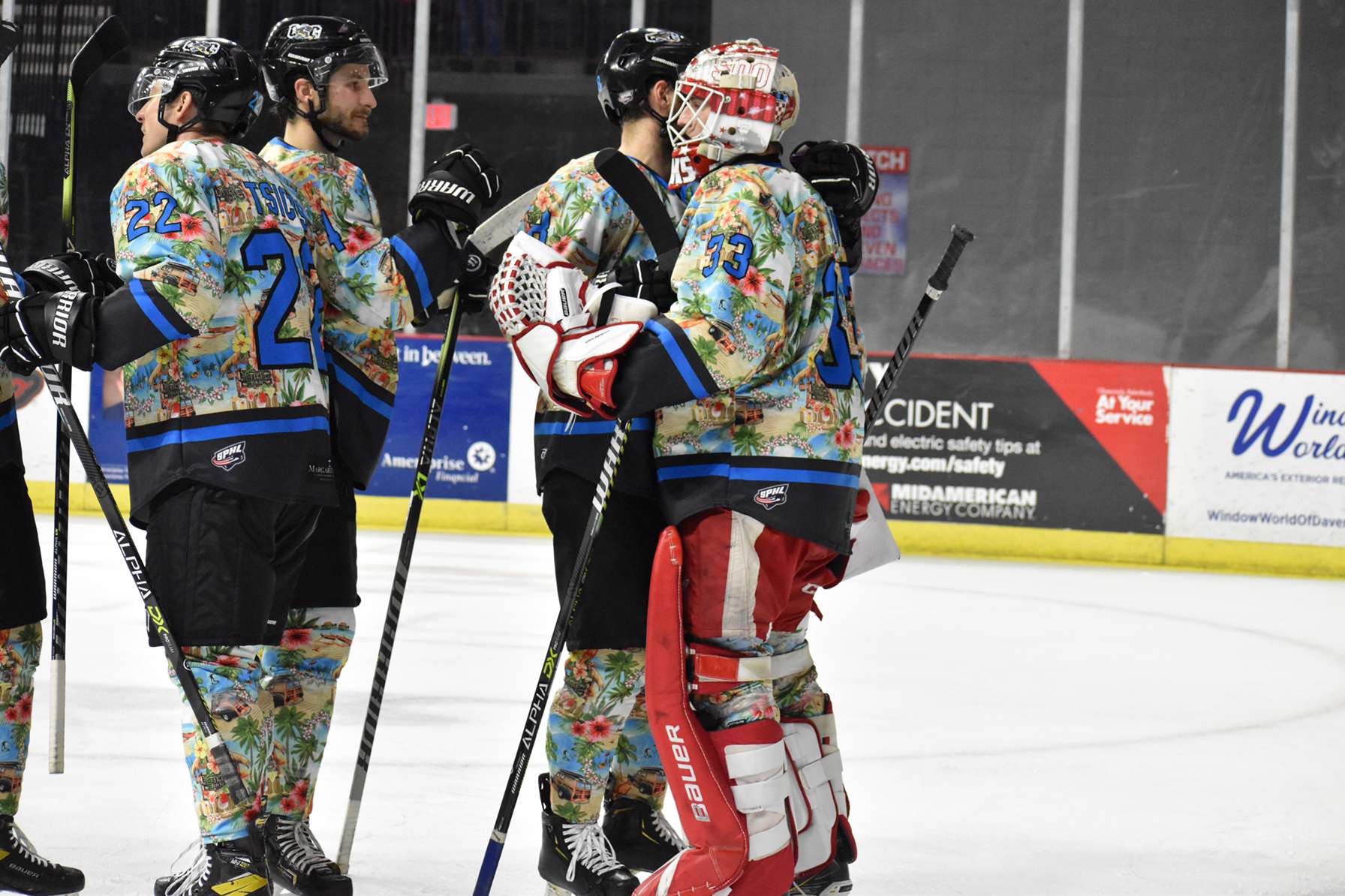 MOLINE, IL – The Quad City Storm clinched a playoff berth for the first time in franchise history Tuesday, becoming the fifth SPHL team to do so this season in a 7-1 win over Vermilion County.

They had quite the scoring blitz on Tuesday against the Bobcats, scoring a touchdown and the point after before Vermilion County scored their first goal as Quad City led 7-1. New names made their marks on the scoresheet, with a returning player preventing many from doing the same. Several things went right for the Storm, showing what kind of team they can be when they want to be.

“I thought we executed the game plan. There were a lot of things that were talked about before the game that we didn’t execute last game, right?  But it shows what we can do when we decide to come out and play our game,” said head coach Dave Pszenyczny after Tuesday’s contest.

The Storm had a very strong offense for Margaritaville Night, scoring seven goals – five against Chase Perry and two against Marcus Gloss. Fresh Storm signee and rookie Logan Nelson from the University of Wisconsin – Stout scored his first two professional goals to help the Storm clinch the playoff spot, also adding an assist on Marcus Ortiz’s goal midway through the middle frame. Nelson’s college teammate Alec Skar picked up an assist on Nelson’s first pro goal. Nelson was the only player to score more than one goal on Tuesday.

On the opposite side of the ice, the lone goal scored by a Vermilion County player was scored by Davis Kirkendall, another rookie fresh out of college. In his first professional game, the product of Lawrence University scored his first professional goal midway through the third period to end Bailey Brkin’s shut-out bid. Brkin was returned from his ECHL call-up to the Orlando Solar Bears on Tuesday, having been released by Orlando on Thursday. He made 20 saves on 21 shots, while Glass and Perry faced a combined 51 shots on goal.

The Storm stayed out of the penalty box for most of the game, taking only four penalties in the course of the night. Three of those penalties came in the last three minutes of each period, the outlier coming within the first five minutes of the second period. That gave the Bobcats only two chances on the powerplay throughout the game, as Dillon Fournier and Cody Walsh’s penalties were coincidental with Vermilion County penalties. The Storm went two for two on the penalty kill and two for three on the man advantage, the lone powerplay without a goal being scored taking place late during the second period.

The Storm have struggled with the powerplay throughout the season, having a success rate of 20.2%. This is good enough for fourth in the league, however, the Pensacola Ice Flyers are ahead of them at 23.6% even though they have yet to punch their ticket to the postseason. The Storm are rated average in the penalty kill rate, killing the penalty 82. 7% of the time; this is enough for sixth place in the league.

The Storm will take on the Evansville Thunderbolts this weekend in a home-and-home series. The Thunderbolts are currently eighth place in the league, with 43 points. The Storm have a 17-point lead on Evansville, though with playoffs around the corner anything could happen.

“They’re a hot team right now, they’re doing very well, so we’ve got to make sure that we come out and we’re prepared,” said Pszenyczny on Tuesday. “I know we’ve been playing a lot of hockey, but I look at that as an advantage and not as a disadvantage. So we should be primed and ready for Saturday and Sunday because Saturday night’s going to be a big one.”

The Storm will be celebrating the 25th anniversary of hockey in the Quad Cities, with a special charity game taking place on Friday night before the Storm celebrate on Saturday with more specialty jerseys.

Be sure to follow @FPHStorm on Twitter for the latest news and live in-game tweets about the Storm.