Strand of Two Goals Too Much for Wild

Strand of Two Goals Too Much for Wild

DES MOINES, Iowa – The Iowa Wild dropped their second straight home contest on Saturday night, as the Ontario Reign netted two third period goals in the 3-2 victory. Austin Strand led the way for the Reign, scoring both goals in the third to help move Ontario into second place in the Pacific Division. Reign netminder Cal Peterson stopped 39 shots, while Wild goaltender Kaapo Kahkonen made 28 saves.
Ontario took the lead 2:32 into the contest thanks to an unfortunate deflection for the Wild. Paul LaDue blasted a shot from the point that deflected off the skate of an Iowa defender and past Kahkonen. For LaDue, it was his first goal of the season.
Five minutes later, the Wild would tie it on a beautifully executed goal. With Iowa on the power play, Sam Anas passed the puck down low to Gabriel Dumont, who was stationed just to the left of Peterson. Dumont made a perfect one touch pass to Gerald Mayhew in the slot, who blasted the one-timer by the Reign netminder for his seventh goal of the season. That moved him into a ninth place tie in the AHL for goals. 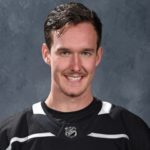 In the second period, the Wild controlled play, outshooting Ontario 15-7. That advantage would help give the team the lead. With less than a minute left in the frame and Iowa in the waning seconds of a power play, Brandon Duhaime made a cross ice pass to Nico Strum, who was set up at the right faceoff circle. Strum blasted the one-timer that found its way through the five-hole for his third goal of the year.
Iowa was dominating play, coming out of the second intermission with a 29-18 advantage in shots. The difference had been Peterson, who had made a handful of amazing saves to keep his team within a goal.
Strand would reward his goalie’s heroics with a pair of goals in the frame. The first came at 6:32 when Matt Luff passed the puck back to the point to Strand. He moved in a few feet before blasting a rising shot that went just over the shoulder of Kahkonen for his second goal of the year.
Following the goal, Iowa put on the pressure, recording seven straight shots, but Peterson was not going to give the home team back the lead. After Matt Bartkowski’s shot was saved at 13:26, the ice began to tilt in Ontario’s favor. They would take control of the play, recording the next six shots, eventually resulting in the Reign taking back the lead. 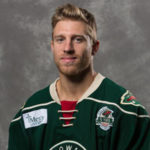 At 17:28, Mario Kempe had control of the puck in the Iowa end. He moved in toward the Wild net, drawing a pair of defenders toward him before kicking it back to Strand at the point. With a little room to maneuver, the defenseman fired a wrist shot that found the upper corner of the net for his second goal of the game.
From there, the Ontario defense clamped down on Iowa. They allowed just two shots in the final two and half minutes, preserving the 3-2 victory. The win was the second straight for the Reign. The loss was the third straight for Iowa, which now finds themselves tied for the Central Division lead with the Milwaukee Admirals.
These two teams will take to the ice again on Sunday. Opening faceoff is set for 3:00 PM CST.
Follow Robert on Twitter for in-depth coverage of all things Iowa Wild! Don’t forget to follow The Sin Bin on Facebook  and Twitter for a greater scope of the AHL, ECHL, and SPHL!