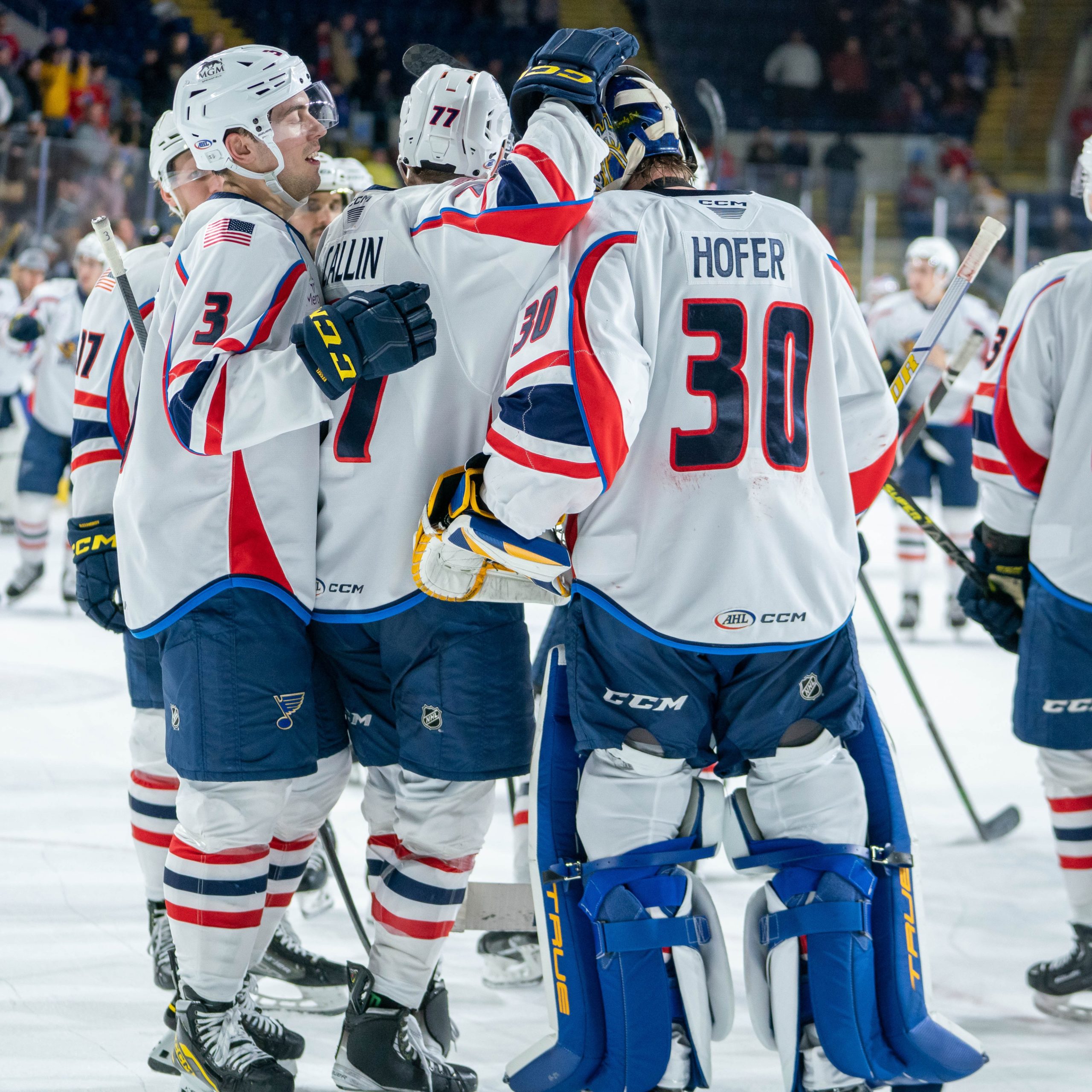 SPRINGFIELD, Mass. – It was the latest installment of the season series between the Hartford Wolf Pack and the Springfield Thunderbirds at MassMutual Center on Wednesday night as the two Atlantic Division rivals have been looking to assert themselves in the standings. The Wolf Pack appeared to be executing their game plan from a day prior to perfection once again, but the Thunderbirds took flight and turned the tables on the visitors with six straight goals to turn a 3-1 deficit into a 7-4 win to the delight of the 6,475 in attendance. Joel Hofer earned the win in goal for Springfield with 21 saves while Dylan Garand took the loss in his second straight appearance with 28 saves.

Hartford looked to have a stranglehold on the game around the halfway mark of things, with a pair of goals from Austin Rueschhoff and Will Cuylle. A Matthew Highmore goal a minute and a half later was answered with a goal from Turner Elson to take the wind out of the sails of the home crowd. However, a power play for the Thunderbirds got them some life when Martin Frk scored his seventh goal of the season after a blocked shot landed right on his stick and he made no mistake by burying the rebound.

It started a chain reaction in the back half of the middle stanza where the Thunderbirds rattled off three straight goals to head into the second intermission with a two-goal lead. Mitchell Hoelscher buried a rebound in front of Garand followed by Frk’s second of the game less than two minutes later to give the T-Birds their first lead of the night.

Jake Neighbours got in on the action by tallying his fifth of the season with only four seconds to spare as he’d pick up the puck on the rush and beat the goaltender in the nick of time. Springfield outshot the visiting Hartford squad by a 17-6 margin in the second period.

But the Thunderbirds weren’t done yet. They added to their lead in the final frame with Will Bitten’s ninth goal on the campaign as he completed a three-point night with a goal and two assists. It’s the second time in three games that Bitten has put up three points in a single game, and Neighbours would add his second goal of the game to put an exclamation point on the night for the Thunderbirds.

By the time Ryan Carpenter scored his eighth of the season for another multi-point game after tallying a hat trick the day prior, it was simply too little, too late for the Wolf Pack to climb back into this one.

The win is a crucial one for the Thunderbirds in the standings. The losing team would be destined to be left in the basement of the Atlantic Division regardless of the final score, and Springfield was able to hold off a recently hot Hartford group to stay within two points of the Charlotte Checkers and the Lehigh Valley Phantoms as both of those teams sit at 31 points to Springfield’s 29.

The two teams will rematch on New Year’s Eve for another clash in Hartford, but not before the Thunderbirds take on the Bridgeport Islanders on Friday.