The Night I Almost Stole the Kelly Cup

In 2003, The Sin Bin’s Sarah Hobday had a chance to steal the Kelly Cup, but decided against it. Sarah shares her story of nearly making off with the ECHL championship trophy a little over 16 years ago. 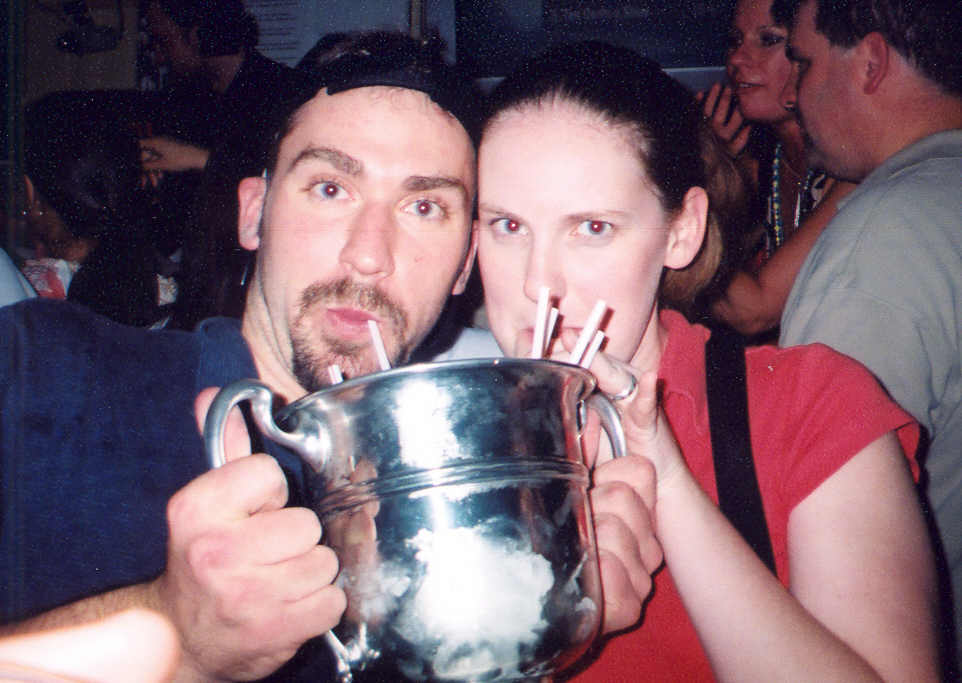 With all the news about the AHL’s Colorado Eagles refusing to return the Kelly Cup to the ECHL league office, The Sin Bin’s Sarah Hobday decided to share a story about how she almost made off with the ECHL’s championship trophy over 16 years ago, ultimately choosing against it.

During the 2002-03 ECHL season, I lived in Fairfax, VA. I had a full-time job during the week, and on weekends, I would travel to ECHL games to take pictures. Atlantic City was only a three and a half hour drive away and was the third closest team to me. I went to Atlantic City often throughout the season and would see the Boardwalk Bullies on the road, as well. A coach with the team and several players all liked getting game pictures from me. It was a team I enjoyed watching play, and a good team to be around. When the playoffs started, Atlantic City was the team I stuck with most for games.

I remember the conference final battle with the Cincinnati Cyclones (and making the late-night drives between the two cities) well. I was in Atlantic City the night they won that series. As the playoffs progressed with the Boardwalk Bullies, I became part of the pre-game superstitions of one member of the team. I had to give him pictures before a game so they could win. He even said I would get a Kelly Cup ring if they won, since I was part of his superstitions. I am still waiting on that ring… 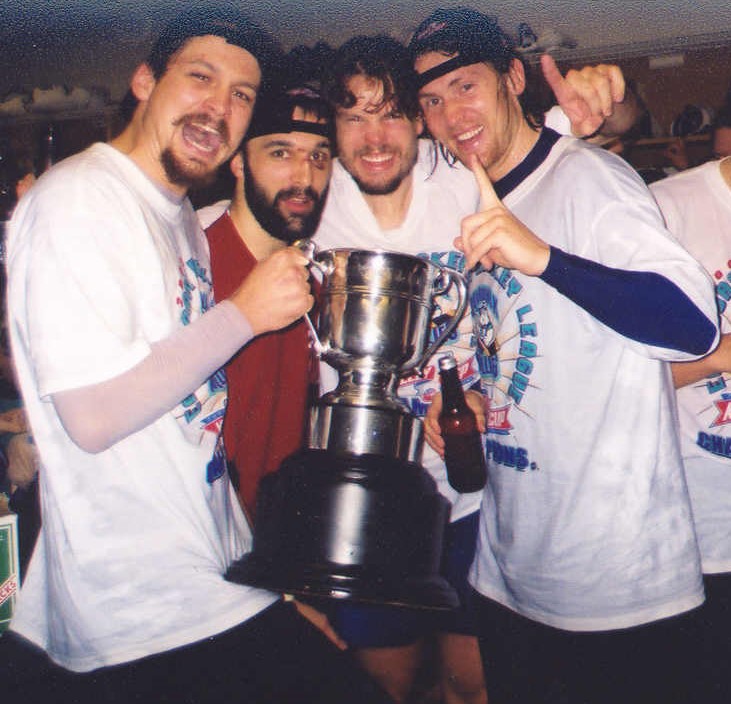 During the Kelly Cup Finals, I only missed the games in Columbia. I took time off from work on Wednesday, May 14 so I could be in Atlantic City for game five (as it was their first chance to clinch the cup). Trips to Atlantic City were always enjoyable, especially since they were one of the first teams to give me media credentials for taking pictures. The Atlantic City Boardwalk Bullies beat the Columbia Inferno 3-1 that night for the four games to one series win. I had seen the Kelly Cup awarded in 1999, 2001, and 2002 as a ticketed fan. This night in Atlantic City was my first time to see the cup awarded as a media member, so I had full access to the ice and locker room.

I was on the ice to take pictures of the initial celebrations with the Cup. Then, everyone moved to the locker room. I was asked by several players to join them in the locker room for taking pictures. I was pulled around the room so players could pose for the kind of pictures they wanted (this was before everyone had cell phones with cameras). I luckily managed to keep myself and cameras dry in the locker room and not be hit with any beer or champagne. 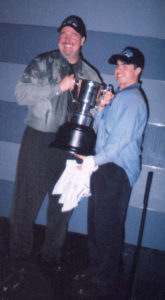 Celebrations next moved up to the concourse where some fans were waiting to see the Kelly Cup. I continued to follow the Cup around to get lots of pictures to chronicle the evening. Next, the party moved to a bar in town. I was asked to follow the team there. With persistence from the equipment manager, I had my first ever drink from the Kelly Cup. That sip from the Cup was my only drinking of the night. Celebrations continued at the bar with players, families, and some fans until closing time. Then, the team went to one player’s house to continue the party. In Atlantic City, the players all lived in rented houses instead of apartments.

One player walked behind me out of the bar while carrying the Kelly Cup. He then put the Cup in the backseat of my car and asked me to take it to that house. Of course, I agreed to transport the Cup. I then expected him to jump in my car, but instead he walked away.

So here I was with the Kelly Cup. Alone. In my car.

I stood there for several minutes watching players leave the bar and get in various cars to leave. No players walked to my car to ride with the Cup. In that moment, I considered just driving home. I was thinking about how long it would take the players to remember who had the Cup and then how to get in touch with me. My mind was spinning with the thought of stealing the Kelly Cup, since I had this perfect opportunity.

I probably sat in my car for about 15 minutes thinking all this through. Then I thought about what Pat Kelly would think if I stole the Cup. That was ultimately why I did not steal it; I did not want to upset Mr. Kelly and have him disappointed in me. Over previous seasons around the ECHL, I always enjoyed running into Mr. Kelly and hearing him tell stories. I never wanted to do something that would upset him.

So, I started my car and drove to the party house. When I pulled up on the curb to park, the same player that put the Kelly Cup in my car was waiting in the yard to take the Cup into the house. I stayed at the after party for about an hour or so before I had to drive home. Instead of stealing the Kelly Cup, I drove home with no additional hardware.

I am definitely glad that I decided not to steal the Kelly Cup that night. Many years later, I built up the strength to tell my story to Mr. Kelly. He thanked me for not stealing the cup.