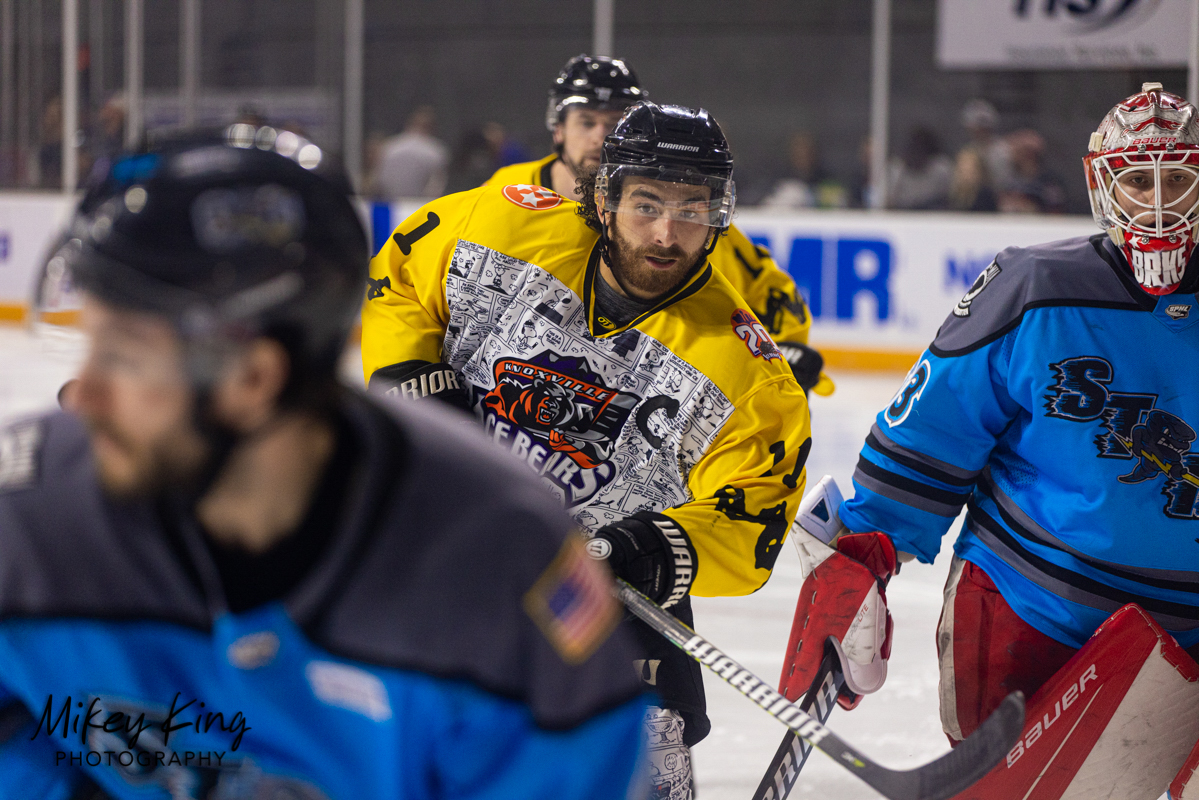 KNOXVILLE, Tenn – The Quad City Storm blew into Knoxville for a two-game series. Logan Nelson tallied for the Storm at 7:22 in the first period. The Ice Bears could not answer back until 2:19 in the second period when Razmuz Waxin-Engback hit the puck out of the air and past Bailey Brkin. The game remained tied 1-1 until the last six minutes of regulation. After a deflection off the wall, Brady Fleurent found the puck and scored from a sharp angle. Andrew Bellant sealed the game for the Ice Bears by scoring two empty-net goals in the final two minutes.