PORTLAND, Maine – The Maine Mariners announced on Monday that they had re-signed forward Ryan Ferrill for his third season with the team. The 27-year-old has played in 103 games for the Mariners over the past two seasons, recording seven goals, 21 assists, and 91 penalty minutes. Often utilized in defensive situations, Ferrill brings size, grit, and experience to an otherwise inexperienced team, as I noted in my article last week. Ferrill, the 12th player signed by the Mariners this offseason, is currently the second-oldest player on the team behind Dillan Fox(age 29).

On Monday, the Mariners also revealed their alternate third jersey for the upcoming season. The crest of the jersey features one of Maine’s alternate shoulder patches – a silhouette of the state, with a Mariners “M” in the middle, a tribute to the old Maine Mariners of the AHL. I, for one, am incredibly excited to see these in person, in action. 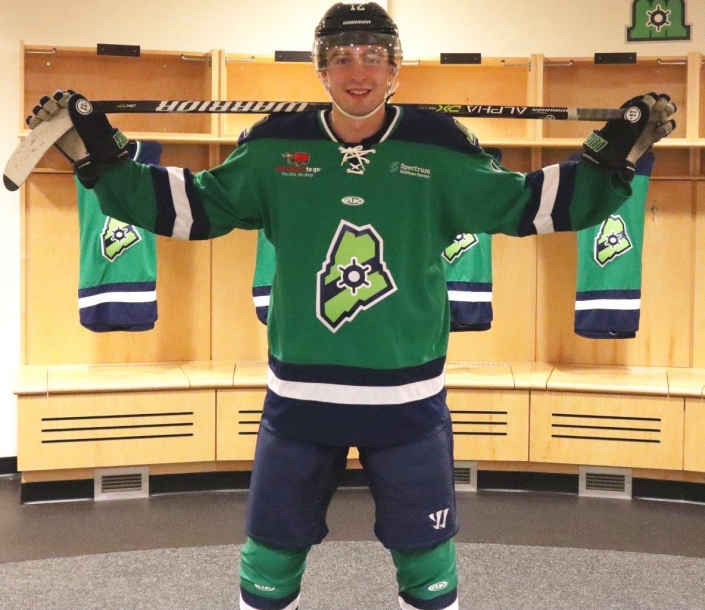 A link to the Mariners’ official release of the jersey can be found here. If you’re looking to catch one of these in-person at a game, the Mariners “…plan on wearing the new uniforms during Sunday afternoon home games at the Cross Insurance Arena,” according to the release.

Keep track of all the signings and movement during the 2020 ECHL offseason by visiting our ECHL Transactions page!

Griffin Germond covers the Maine Mariners for Field Pass Hockey. Follow and interact with him on Twitter @FPHMariners.