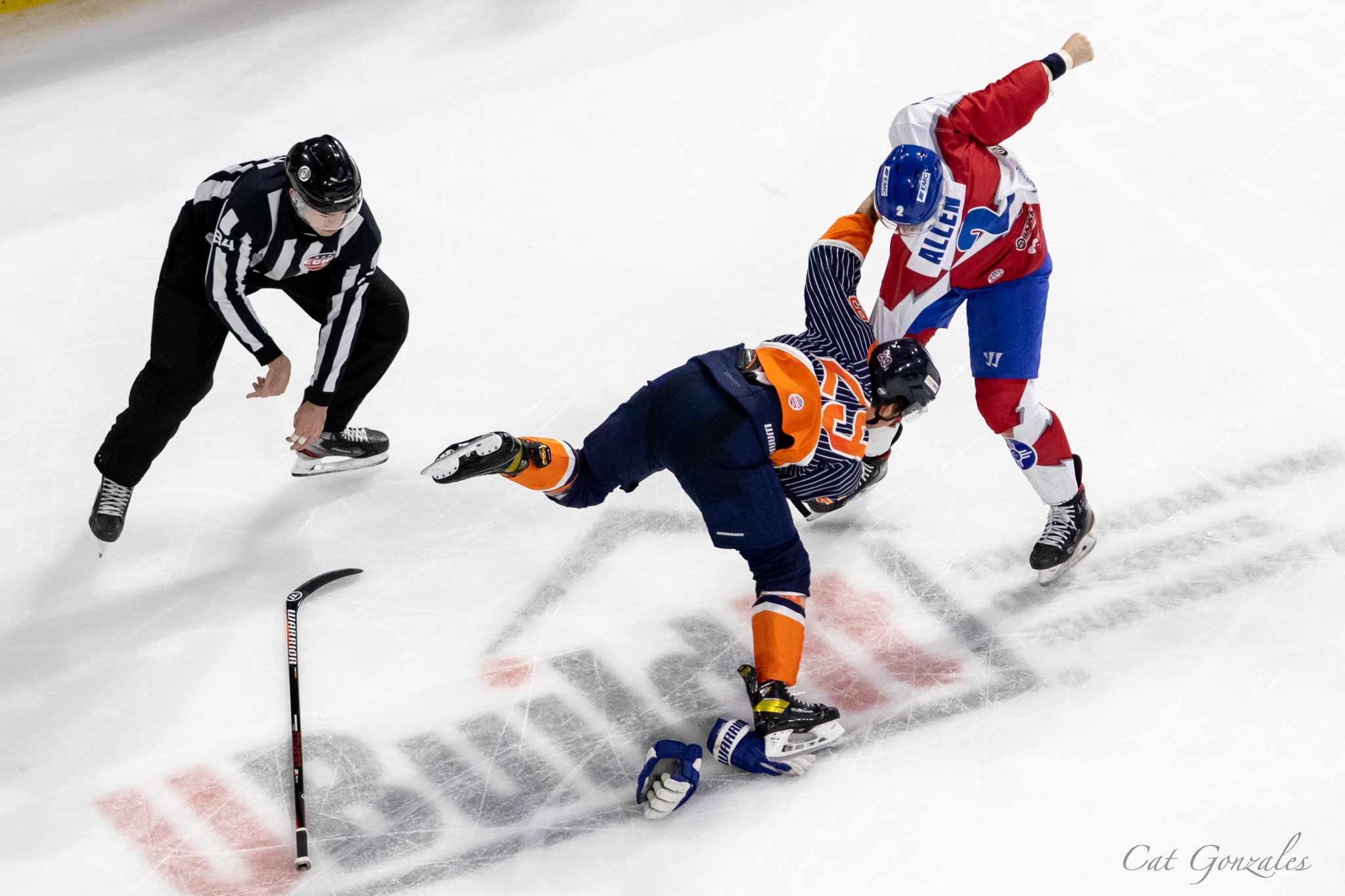 WICHITA, Kan. – To say the Wichita Thunder have struggled against the Tulsa Oilers this season is probably the understatement of the 2020-21 season so far.

Entering the contest Saturday night, the Oilers have won six of eight games against the Thunder. After being shut out Friday night in Tulsa, the Thunder needed to get the sour taste out of their mouths. Entering the contest, Wichita had only scored two goals in the last 180 minutes; it was a case of getting great performances on defense and in net, while not scoring enough.

“There’s nothing that needs to be said to the guys in the room,” Head Coach Bruce Ramsay said of the dearth of goals pregame. “They’re all really smart athletes, they’ll get it figured out.”

They took strides toward that on Saturday night. It also helped that they scored on the power-play, too, something that has been a great struggle for this team over the course of the season.

Wichita controlled the action for much of the opening period and had two power-play chances in the first ten minutes. It was the second opportunity on the man-advantage, with Alex Kromm sitting in the box for charging (and fighting Jacob Graves,) that the Thunder found paydirt. Jay Dickman would pick off a stretch pass and fed it to Stefan Fournier for a close-in chance. Anthony Beauregard put home the rebound for his 17th lamplighter of the year to give Wichita a 1-0 lead.

Roughly two minutes later, Fournier recorded his 17th of the season, as he potted a loose puck and gave Wichita a 2-0 lead.

After the two goals, the game settled into more of what we see from Tulsa & Wichita…a back-and-forth defensive contest. That struggle continued into the early stages of the third period when Tulsa started to make their charge back into the game. An elbowing minor on Sean Allen gave the Oilers an early power-play. Though they weren’t able to convert, the Oilers were able to generate offensive pressure on Thunder netminder Hayden Lavigne, who had to make several tough saves.

The Oilers got on the scoreboard at the 9:32 mark of the period, when Gregg Burmaster netted his second goal of the weekend. Like Wichita, their second goal came about two minutes later, when Ian McNulty scored his fifth of the season. The puck was dumped in by Michael McNicholas, took a bad bounce off the end wall, and found McNulty in the right circle. Lavigne was caught out of the net, which led to the Oilers’ game-tying goal.

Wichita would respond, tilting the ice to their favor in the final minutes of regulation; however, Stephen Johnson would be whistled for tripping with just over a minute left in regulation. During the penalty kill, Beau Starrett had an amazing chance to end it: 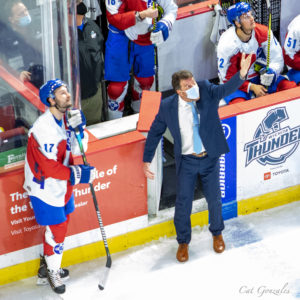 Thunder head coach Bruce Ramsay stands on the ice pleading his case to officials after a call is overturned in overtime. Photo: Cat Gonzales/The Sin Bin

By sending the game to overtime, the Oilers earned a crucial point against the Thunder. Wichita would kill off the carryover penalty from regulation. After the penalty, Beauregard thought he ended the game early in overtime. He took a pass from Dean Stewart in the slot and rifled a shot that caught the crossbar. The Thunder bench thought the puck went off the back bar, but the play was reviewed, and the goal was waved off.

Beauregard made up for it just a minute later as he carried the puck around the Oilers net. He tried to feed a pass to Stewart in the slot, but it redirected off the stick of Charlie Sampair and went past Williams for the game-winner and his 18th of the season.

Wichita snapped a five-game losing streak to the Oilers, notched their 30th win of the season for just the third time in the ECHL era (2014-15, 2017-18), and remained in second place in the Western Conference.

Tulsa and Wichita finish off their three-game set this afternoon at INTRUST Bank Arena. Matthew Will has the pregame show, beginning at 3:25 pm on The Sin Bin App.