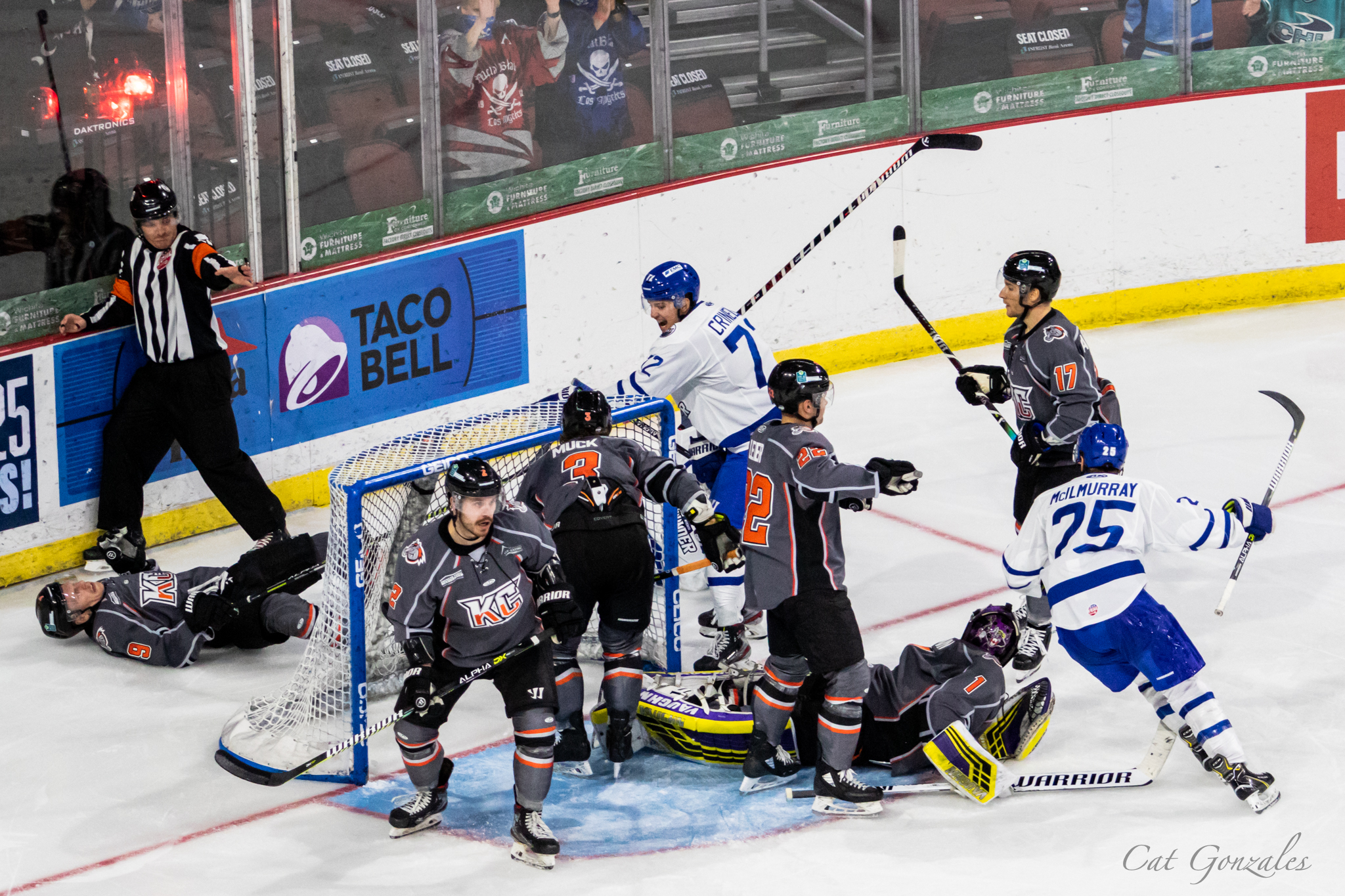 WICHITA, Kan. – It may only be the 40th game of the season, on another Friday night in March, but one injury can change the entire complexion of a team’s season.

That may have happened for the Wichita Thunder Friday night when in warmups, Evan Weninger went down to the butterfly and appeared to tweak something. He pushed off and went to the right faceoff circle, where he was tended to by the training staff and helped off by teammates. The team announced after the game Weninger will be out for a couple of weeks with a lower-body injury. The situation meant that newly-acquired goalie, Evan Buitenhuis, who had just arrived from Florida, would get the start cold.

The goal for the Thunder, initially, just do enough to make Buitenhuis feel comfortable in net. They came out and pressured the Mavs early and were able to solve red-hot netminder Matt Ginn, 3:48 into the game when Garrett Schmitz wired a shot over Ginn’s left shoulder to give Wichita a 1-0 lead.

From that moment, Kansas City stepped up the forecheck and scored the next five goals. At times, the Mavs forecheck was suffocating, not allowing the Thunder to get past their blueline for minutes at a time. In the 24 minute stretch from first to second periods, Nick Pastujov scored twice, Zach Osburn, Boston Leier, and Jared VanWormer all scored to give the Mavs a 5-1 lead at the game’s midway point.

For the third five-minute segment of the second period, Wichita looked shellshocked and lifeless, trying to goat the Mavs into skirmishes, but nothing came of them.

The Thunder’s tenor changed late in the second, when Jay Dickman wired a shot over Ginn’s shoulder as he was trying to get into position, to make the game 5-2. Wichita had a chance to narrow the Kansas City with a power-play that bridged the second and third periods but were unable to do anything with the chance.

The comeback attempt felt like it was on around the six-minute mark of the third when Peter Crinella poked a puck by Ginn during a net-mouth scramble to close the lead to 5-3. About 10 minutes later, Austin McIlmurray wired a shot over Ginn’s shoulder off a beautiful feed from Crinella, to bring the Thunder within one.

But they would get no closer.

Lane Scheidl scored his eighth goal of the year into the empty net with 37 seconds left to give Kansas City the 6-4 decision. 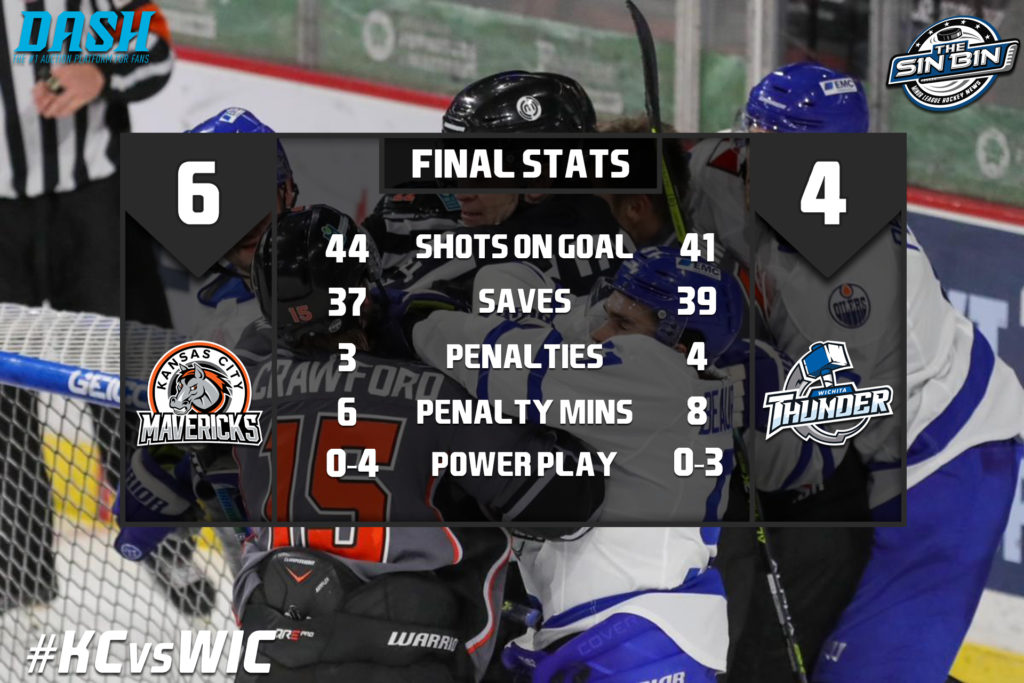 The scene shifts to Kansas City for the next two games, tomorrow and Sunday afternoon.