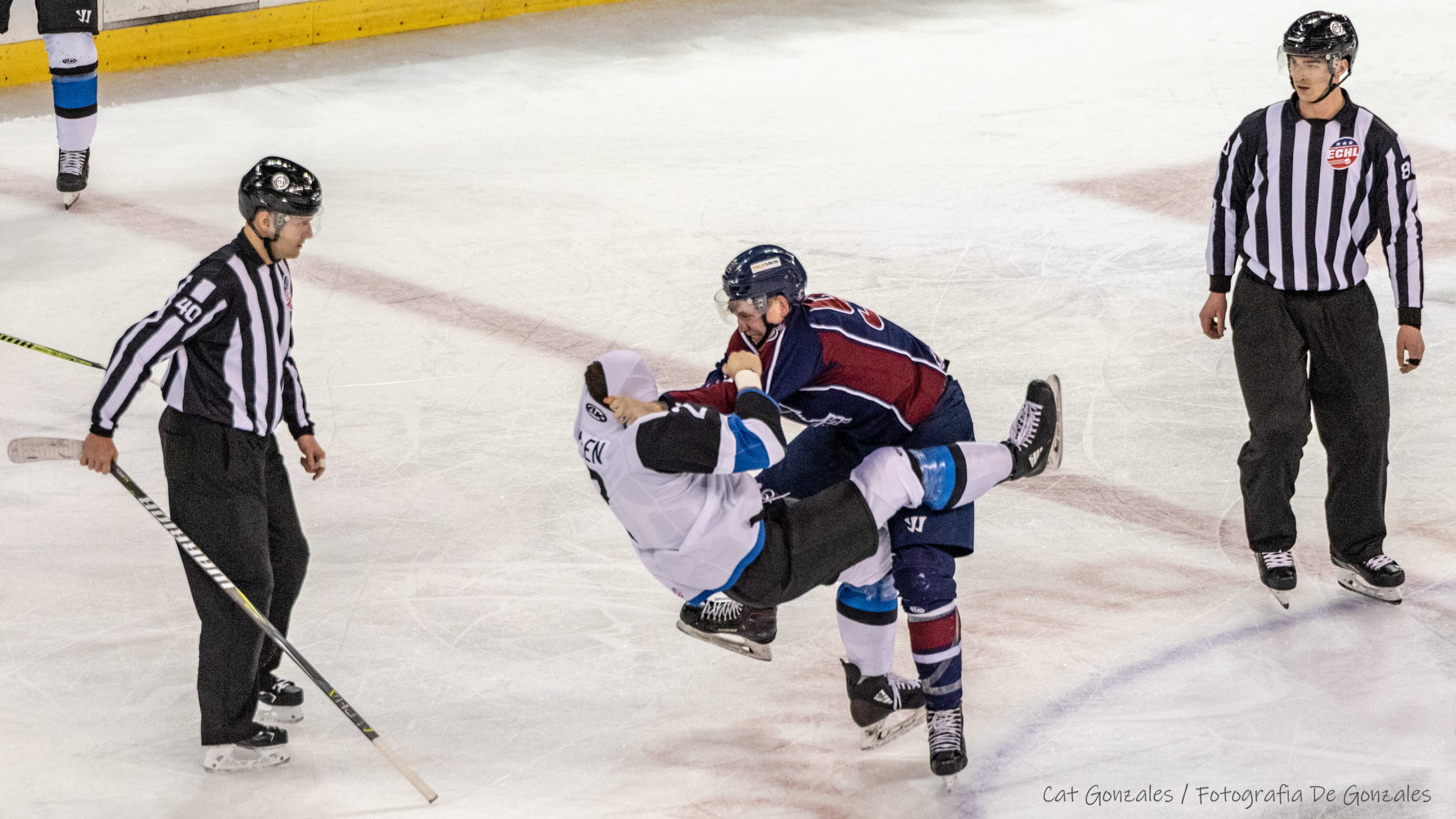 Thunder Get No Love on Valentine's Day

Thunder Get No Love on Valentine's Day

WICHITA, Kan. – Friday may have been Valentine’s Day, but the only column getting love on the scoreboard was the away goals.
Chris Crane didn’t give the Thunder roster any additional love, either, as he left the team for Europe just before the game on Friday night. The end result was a Thunder roster that fielded nine forwards and six defensemen to start.
It didn’t end that way, though.
The Oilers offense jumped all over the Thunder in the first. The onslaught started when Ian McNulty tipped a shot by Mitch Gillam to score his first of three on the night 5:34 into the contest. Tulsa doubled their lead 3:05 later, when Charlie Sampair lit the lamp for his first of two goals on the night. Adam Pleskach would add his first of two on the night with 1:25 left in the period to give Tulsa a 3-0 lead through 20 minutes. To add salt to the wound, stud offensive talent for the Thunder, Peter Crinella, went down with an injury from a hard and questionable hit by Oilers forward Jared Thomas and did not return.

The second period was the chippiest the two teams have played all year against each other. It started seven minutes in when Shaquille Merasty and Jack Nevins tangled up with each other. Between officials, the two threw a couple of punches and both were assessed double-minors for roughing. The nastiness continued minutes later, when Sean Allen and Robby Jackson battled in the slot. The tussle continued to center-ice, where Jack Nevins jumped the bench and fought Allen.
Both sides washed each other out on the scoreboard in that period, scoring one goal apiece. McNulty added his second in the period, while Fabrizio Ricci scored for the Thunder.
With a depleted bench, the Thunder looked out of gas in the final period. Tulsa hung three on Wichita during the final 20, and the Thunder couldn’t muster anything in front of Oilers netminder Devin Williams.
Wichita allowed seven or more goals for the seventh time this season, Gillam has been in net for six of the seven times it has happened this year. 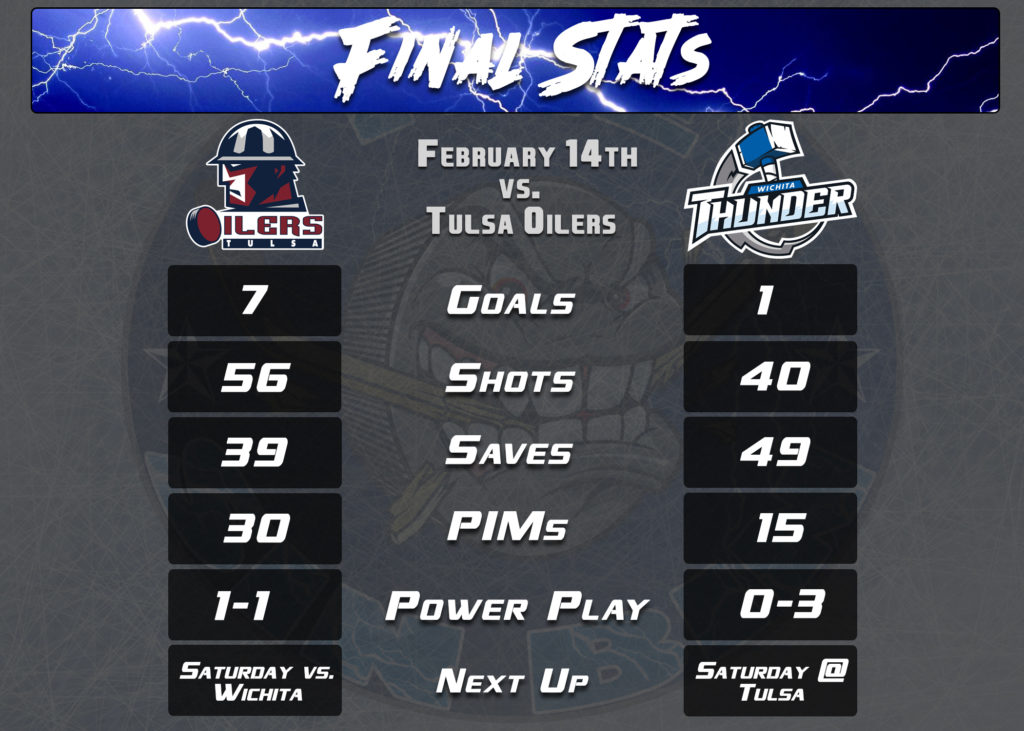 The Thunder and Oilers travel to Tulsa to complete the back-end of the home-and-home series Saturday night at the BOK Center. We’ll have The Sin Bin pregame show at 6:40, with the game broadcast at 7 pm Central time on The Sin Bin app.
Matthew Harding and Matthew Will cover the Wichita Thunder for The Sin Bin. Follow them on Twitter (@SinBinThunder). Don’t forget to also follow The Sin Bin on Twitter and Facebook for all additional AHL, ECHL, and SPHL minor league hockey news and insights!