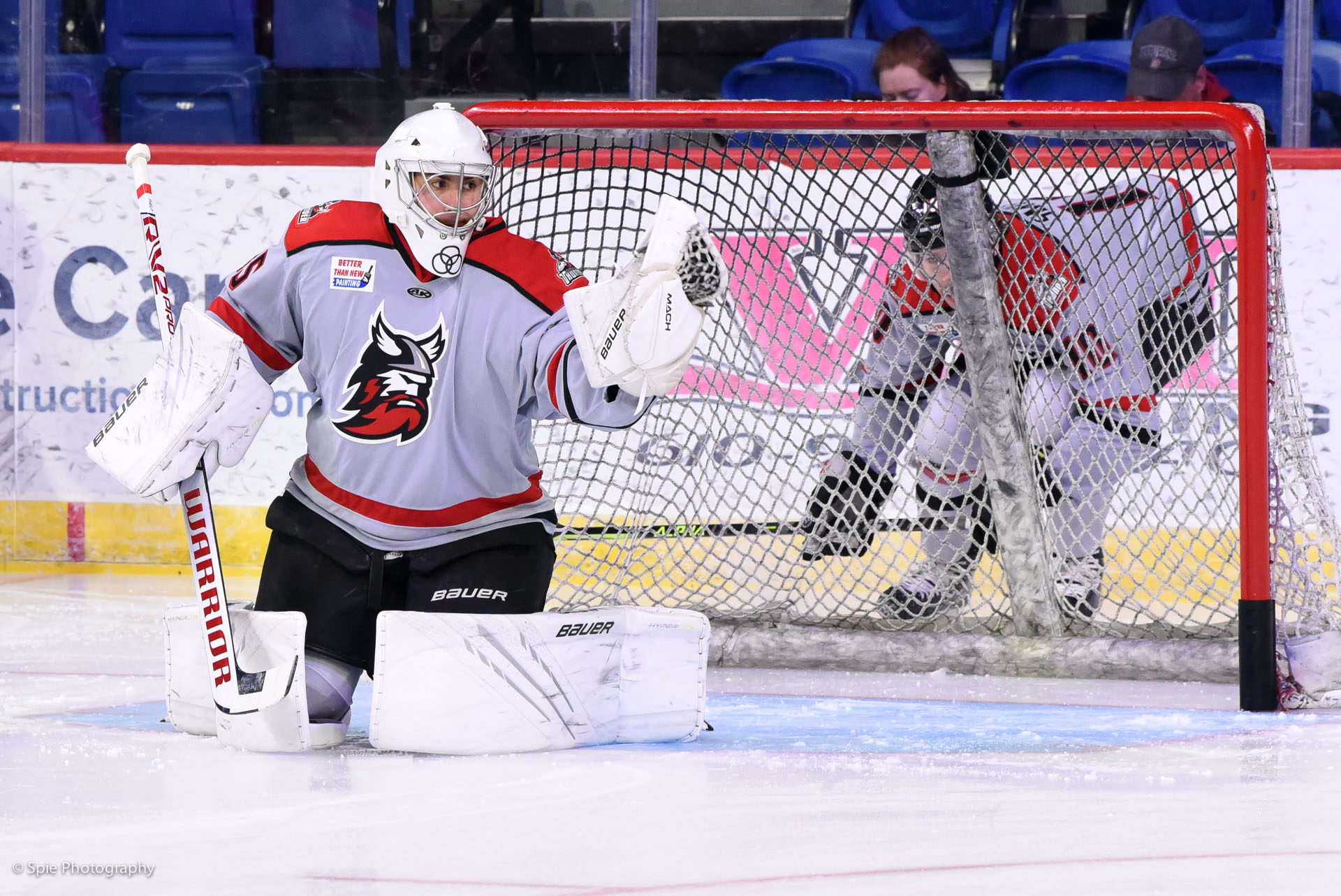 GLENS FALLS, NY – Heading into the weekend, the Adirondack Thunder had a 1-7-0-0 record against the Reading Royals in the preseason, with the one victory coming in overtime.  Reading has had Adirondack’s number in the preseason, and they’re almost expected to win at this point.  But that didn’t happen this weekend.

The teams’ two-game series began Friday night in Glens Falls, and the Thunder looked like the better team from the start.  Adirondack controlled the puck early on and had some quality scoring opportunities as a result.  Meanwhile, the Royals were held to five shots in the opening frame, with the first coming at the 9:34 mark.

The Thunder got on the board first when Noah Corson scored off a faceoff win by linemate Shane Harper late in the first period. 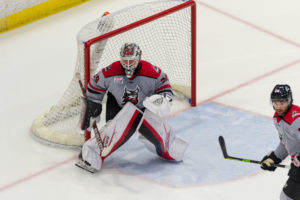 Reading looked stronger in the middle frame, peppering Adirondack goaltender Mareks Mitens before picking up their tying goal 5:38 into the period.  With Thunder forward Nick Rivera in the box for a hooking penalty, Shane Sellar scored on a rebound, tying the score at 1-1.

Despite some prime scoring chances on both sides, neither team was able to break the tie until the third period.

Only 1:37 into the final frame, Adirondack forward Vladislav Mikhalchuk wristed a shot over the shoulder of Reading netminder Justin Kapelmaster for the 2-1 lead.  Mikhalchuk’s goal would prove to be the game-winner.

Forwards Sebastian Vidmar and Ryan Smith added empty-net goals late in the period to extend the Thunder lead to 4-1.

Rookie Isaac Poulter, who replaced Mitens halfway through the game, did not allow a single goal and picked up the victory for the Thunder.

The teams then traveled to Reading, Penn. for their final game of the preseason. 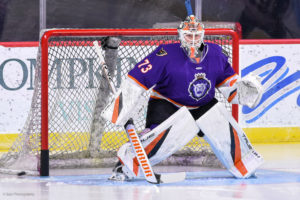 It took a little longer for the scoring to get underway Saturday night.  Both starting netminders were perfect until the 4:59 mark of the second period.  Adirondack’s Jake Theut stole the show in the opening period, making 12 saves, but it was the Nolan Maier show early in the second, as he made five straight saves within the first few minutes.

Poulter again came on in relief halfway through the game.

The Thunder scored on the power play again early in the third to extend their lead to 2-0.  After Mason Millman was sent to the Royals penalty box, Jerry won the ensuing faceoff in the offensive zone.  Matthew Barron picked up the loose puck and passed back to DaSilva, who sent it along the blue line to defensive partner Ivan Chukarov.  Chukarov fired it past Maier for the eventual game-winner.

Just under six minutes later, Millman would redeem himself when he set up Kamerin Nault to get the Royals on the board and cut the Thunder lead in half.  Millman took a shot from the blue line that Poulter stopped, but Nault picked up the rebound and from his knees, was able to beat the Adirondack goalie. 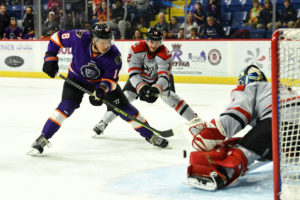 Rookie Isaac Poulter allowed one goal in over 60 minutes of play.
Photo Courtesy of Sarah Pietrowski

Jerry added an empty-netter late in the third to extend the Thunder lead to 3-1.

There were crisp, clean passes and solid defensive plays all weekend, but it was the goaltending that stood out the most for the Thunder.  All three netminders saw action between the two games.  Mitens and Poulter each allowed one goal, and Theut was perfect.

Adirondack Head Coach Pete MacArthur on the trio: “All three of them are great together.  They got out there early every day this week, so it’s not surprising.”

Staying true to the Adirondack-Reading rivalry, both team’s penalty boxes saw plenty of action, with the Thunder picking up 36 penalty minutes and the Royals with 34 between the two games.  The Thunder gave the Royals seven power plays Friday and eight Saturday.  MacArthur wasn’t concerned, however.

“It happens, it’s a preseason game, the guys are excited.  I thought we did a good job on the penalty kill for the most part.”

The penalty kill was near perfect, only allowing one goal in 15 opportunities between the two games.

The Thunder will finish training camp this week, and will then open the regular season against the Worcester Railers Saturday and Sunday in Massachusetts.