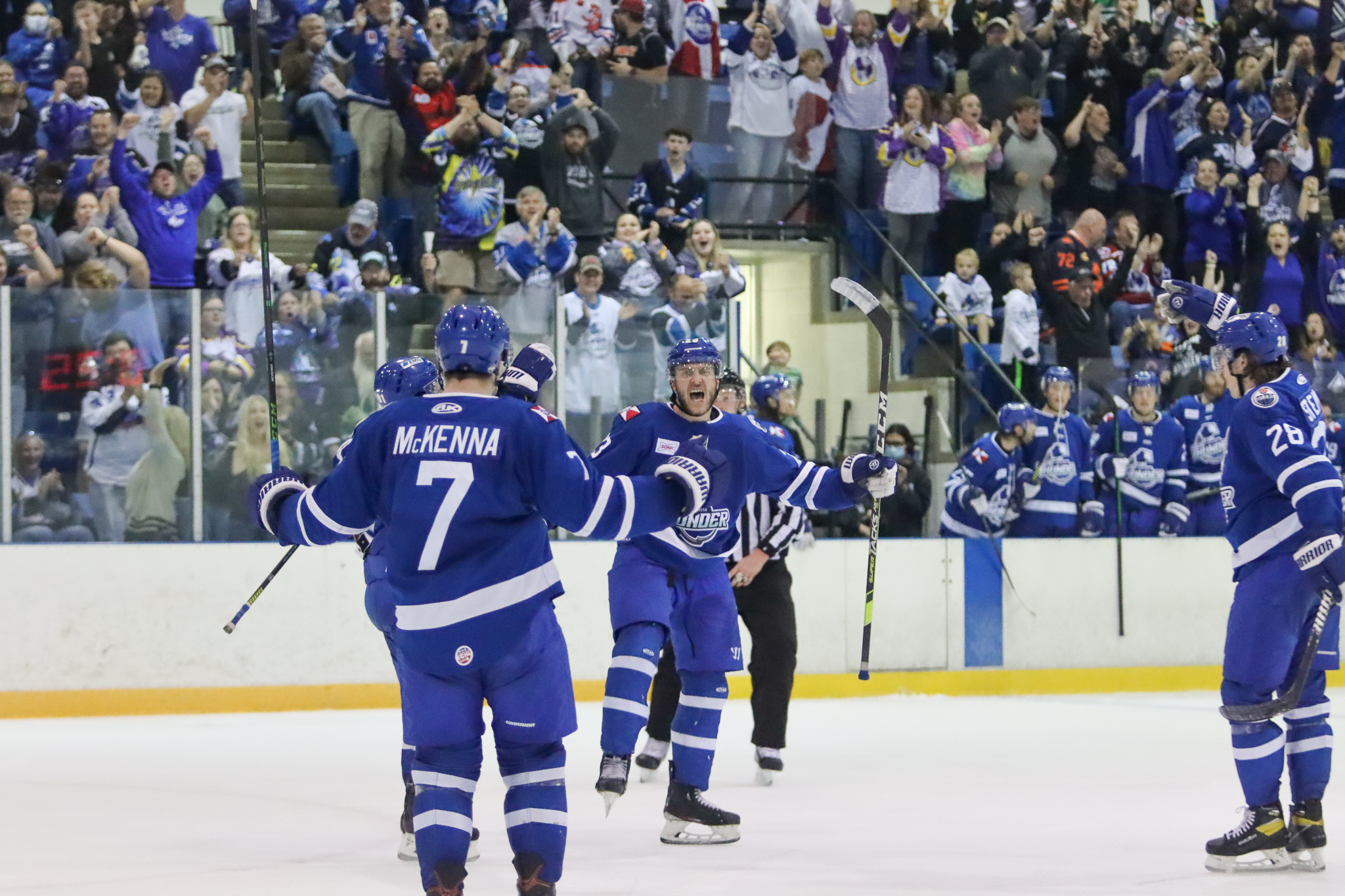 WICHITA, Kan. – After falling short in game one of their Western Conference Semifinal series against Fort Wayne Tuesday night, game two felt like a must-win for the Wichita Thunder.

The scenario could not be any clearer: head to Fort Wayne with the series tied 1-1 and needing to win two of the next three (they did that less than a month ago), or travel 12 hours down 0-2 and one game away from a fairytale season coming to an end.

There were two differences from game one to game two: first, the power-play finally connected; and two, the Thunder’s big guns put an indelible mark on the game.

Anthony Beauregard and Jeremy McKenna led the way with a goal and an assist; while Matteo Gennaro, Noel Hoefenmayer, and Spencer Dorowicz each found the back of the net. Evan Buitenhuis claimed his first pro playoff win, making 29 saves.

Beauregard connected on his first of the postseason at 9:19 of the first. He found a gap in the right circle and rifled a shot past Dylan Ferguson to make it 1-0. Justin Vaive tied the game at one at 11:25 with a beautiful power-play goal and his first of the playoffs.

In the second, Hoefenmayer buried a one-timer on the man advantage at 8:29 to make it a 2-1 contest. McKenna scored a highlight-reel marker at 10:33 to make it 3-1.

Wichita pulled away with two goals in the third period. Gennaro put home a rebound on the power play at 14:45 to make it 4-2. Both teams had two-man advantages down the stretch and the Komets had one with just over two minutes remaining. Dorowicz stole a loose puck in his own zone and found an empty net with Ferguson at the Komets bench, to make the final score 5-2 Thunder.

Hoefenmayer leads the Thunder with three points during the first two games of the playoffs (1g, 2a). Each player that found the scoresheet in the game recorded their first of this year’s postseason.

The series now moves to Fort Wayne for game three tomorrow night at 8:00 pm ET/7:00 pm CT. Join Matthew Will and me for The Sin Bin Pregame show, starting at 6:25 pm CT, exclusively on The Sin Bin app.