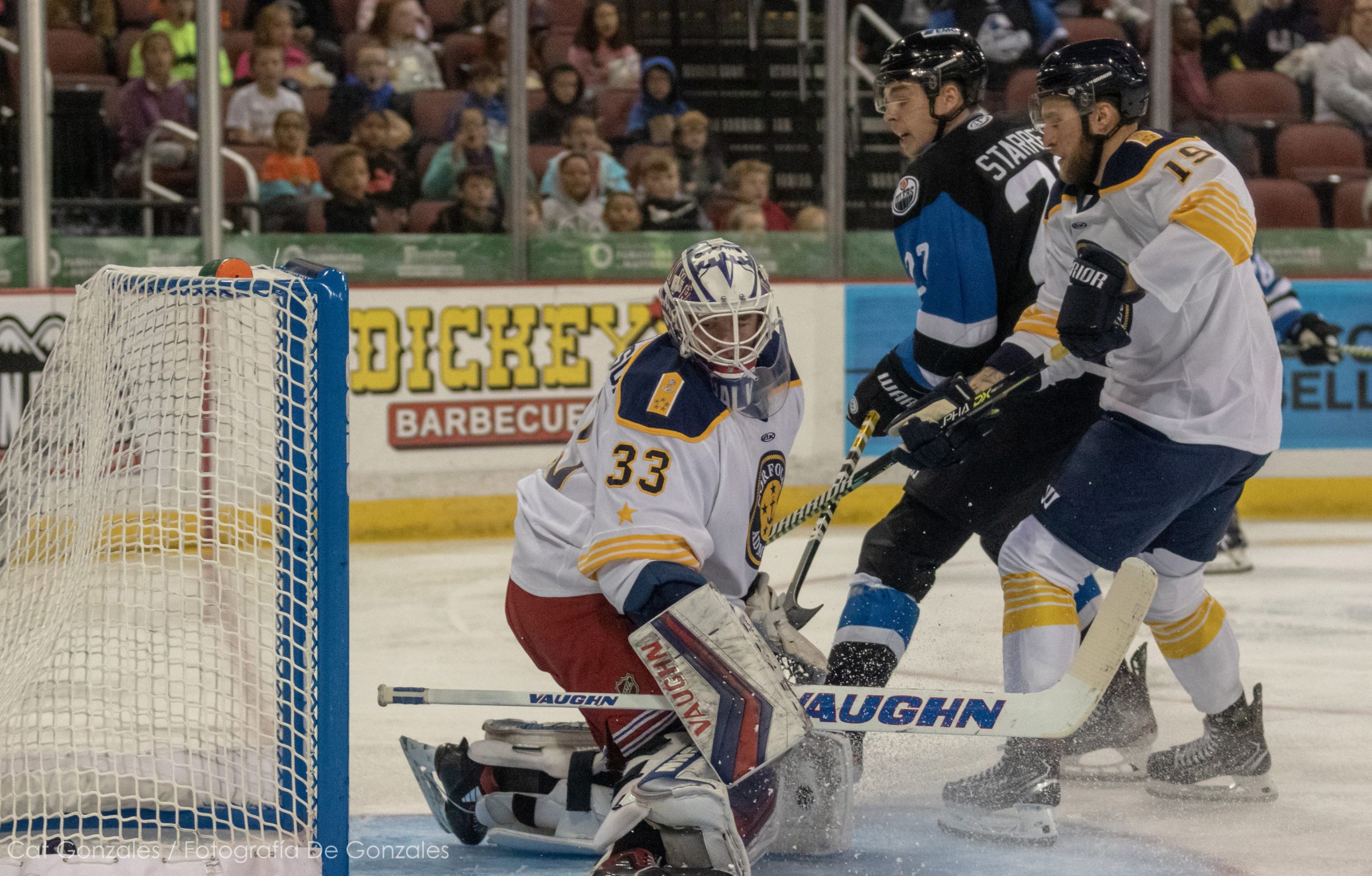 Thunder Sends Admirals Out to Sea in Education Game

The Wichita Thunder hosted 5,000 kids from schools all around south-central Kansas for their second consecutive Education Game at INTRUST Bank Arena Wednesday afternoon.

Thunder Sends Admirals Out to Sea in Education Game

WICHITA, Kan. – The Wichita Thunder hosted 5,000 kids from schools all around south-central Kansas for their second consecutive Education Game at INTRUST Bank Arena Wednesday afternoon.
If any of those kids went home disappointed, it was their own problem, because the Thunder gave them a lot to shout about. On the afternoon, 12 different Thunder players registered at least a point, led by Fabrizio Ricci, who posted a goal and two assists.
The scoring got started just 3:35 into the contest when Beau Starrett scored his second goal of the year when he was crashing the net and re-directed a Patrik Parkkonen feed past Brandon Halverson to give Wichita a 1-0 lead.

The three-goal first period outburst continued when Brenden DeJong scored his first professional goal on a broken play at the 12:23 mark of the first period. Ricci pressured the Admirals defenseman into a turnover and the puck came to DeJong, who fired the puck past Halverson. After a brief review, the goal was upheld.
Peter Crinella scored his first professional goal minutes later, at 15:08 of the first period, after cutting through three Norfolk players to go bardown on Halverson and give Wichita a 3-0 lead.

Through the first 20 minutes of play, the Thunder had nine different players on the score sheet and two first-time goal scorers.
Norfolk carried much of the play in the second period, outshooting the Thunder 12-7 in the period. The Thunder looked sloppy through much of the period, making turnovers and poor decisions with the puck.

“We just have to learn how to manage the puck better. At the bluelines, especially when we have the lead, you don’t want to feed them…you want to make them starve and not have them get anything,” said Thunder head coach Bruce Ramsay.

Still, despite the poor play defensively, the Thunder were able to tack on to their lead when, during a four-on-four, Chris Crane put a puck past Halverson to extend the Thunder lead to 4-1. The play was set up by Jack Combs, who put a sharp-angle shot onto Halverson and Crane stuffed the rebound by.
Norfolk was able to get back into the game late in the second and early in the third period, thanks to goals by River Rymsha and Brayden Sherbinin, but it wasn’t enough. From there, the Thunder pulled away, capped off by a highlight reel goal from Spencer Dorowicz.

“Overall, I’m really excited,” Ramsay said. “This is a big win for us. I wanted to make sure we got this one before we see Tulsa for the next two games. We want to keep this thing rollin.”

The Thunder have are now unbeaten in regulation over their last five straight contests (4-0-1-0). They finish the first ten games of the season with a 5-2-3-0 record and will host Tulsa for two games starting Friday night at INTRUST Bank Arena.
Matthew Will and I set the table with The Sin Bin pregame show starting at 6:30, followed by the game broadcast with Jason Mals and Zach Courter at 7:05 pm.
For the very latest news on the Wichita Thunder follow us on Twitter @SinBinThunder. And for the latest news on the SPHL, ECHL, and AHL, follow @SinBinNews.