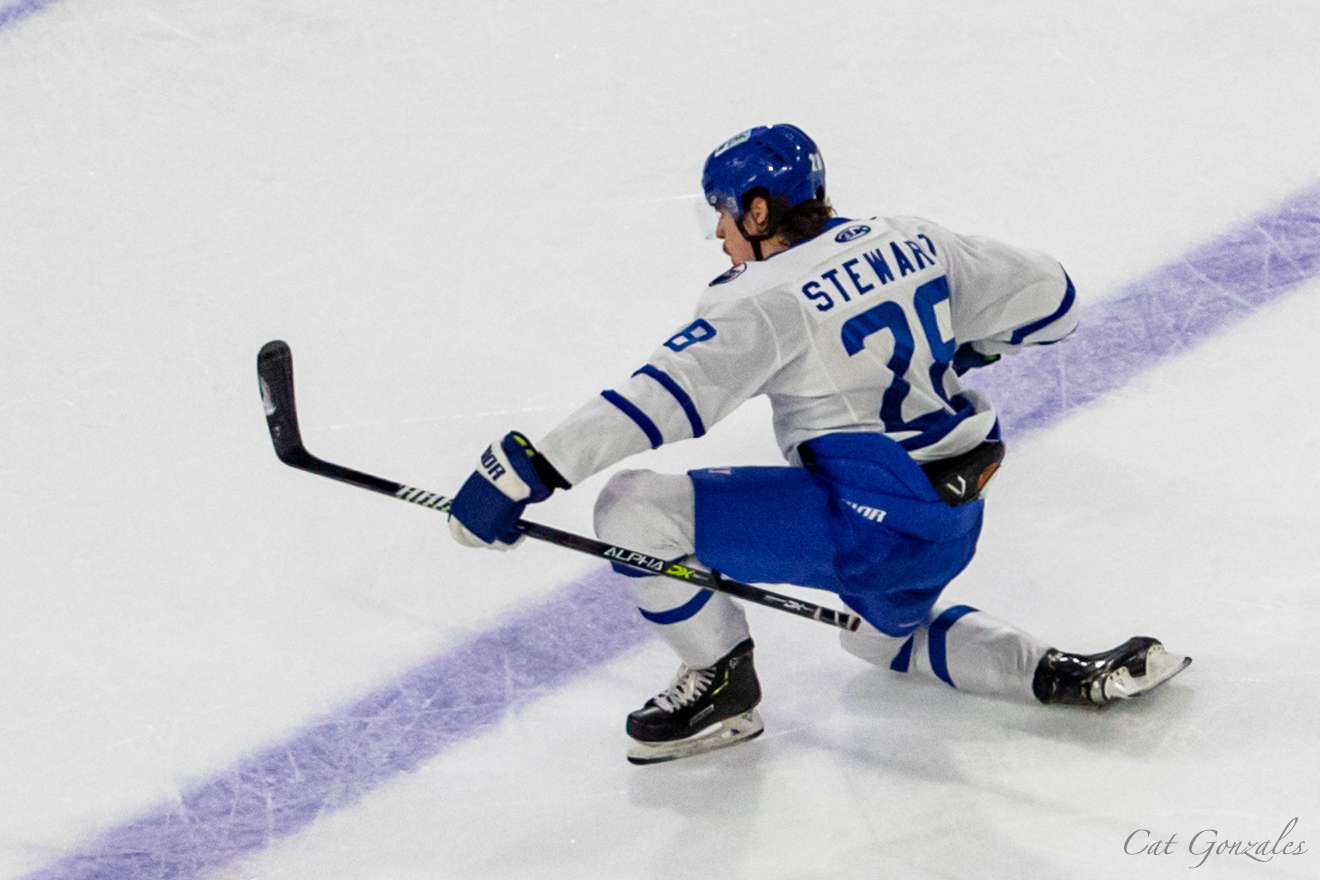 WICHITA, Kan. – After 27 games of the 2021 Wichita Thunder season, two things are becoming plainly obvious: One, the Thunder continue to earn points in games where they have no business earning them. And two, they are never out of games. Tuesday night was another example of both.

For the second week in a row, the Thunder needed extra time, and Patrik Parkkonen played the hero, netting his second game-winning goal of the season as the Thunder completed their first four-goal comeback since the move to the ECHL.

In the final game of their four-game set with the Rush, the Thunder came out with decent energy but made some costly miscues in the game’s first thirty minutes. The Rush’s first goal came when Eric Israel forced a Thunder turnover and fed a headman pass to Peter Quenneville, who put it by Evan Weninger to give the Rush a 1-0 lead.

The Thunder used a power-play and some offensive-zone pressure to control the play after Rapid City’s first goal, but it would be another turnover that cost the Thunder. Stephen Baylis scored his fourth of the year at 13:19 of the first period to give Rapid City a 2-0 lead.

Wichita finished the period putting pressure on the Rush, but netminder Gordon Defiel would be up to the task.

The miscues continued for Wichita early in the second period. With a delayed penalty coming to the Thunder, Hunter Garlent squeaked by Jacob Graves and fired a shot that got by Weninger to make it 3-0 Rush, 86 seconds into the middle period. The lowest point of the night for Thunder fans came three minutes later when pugilist Garrett Klotz collected a stretch pass from Quenneville, turned Dean Stewart inside-out, and scored on Weninger to make it 4-0 Rush. For Klotz, it was his first goal of the season, and it would end the night for Weninger, who allowed four goals on 11 shots faced.

Rapid City had the game locked down and made it difficult for the Thunder to generate much offensive zone time at all. But the switch appeared to flip on for Wichita during a media timeout near the midway point of the second period. Spencer Dorowicz fired a shot that looked to be going wide but deflected off a Rush skate and leaked by Defiel to narrow the Rush lead.

The Thunder have life! Goal awarded to Dorowicz but looked like it went off a Rapid skate.

The two sides would trade power-play chances to end the period, but Wichita continued to own the offensive zone in the back half of the second period. Despite that, the Thunder trailed 4-1 through 40 minutes of play.

This is probably a good time to tell you that entering Tuesday’s game, the Thunder were winless at home when leading after two and had one win all year when trailing after 40. That win? Well, it came last week against the Mavericks.

With Rapid City in a “prevent” defensive posture, Wichita dictated the third period, outshooting the Rush 18-8. Wichita’s second goal came after forcing a Rush turnover just inside the blueline and turning it into a 3-on-2 opportunity. Jay Dickman fired a shot onto Defiel, and the rebound came to Anthony Beauregard, who potted his 10th lamplighter of the year to narrow the lead to two:

Wichita is within two as a rebound finds Beauregard's stick.

Thunder head coach Bruce Ramsay pulled Alex Sakarellopoulous with two minutes left, and with 81 seconds left in regulation, Stewart made amends for his mistake on the fourth Rush goal, firing a shot that got just enough of Dickman’s stick to deflect past Defiel and bring the Thunder within one:

Stewart with a rocket from the point. Wichita within one.

Forty-seven seconds later, almost from the same spot as the third goal, Stewart leveled the game at 4-4:

Both sides traded chances in the seven-minute overtime, but with 21 seconds left, the two defensemen, Stewart and Parkkonen, collaborated on a game-ending two-on-one:

The Thunder finished the game with a season-high 48 shots on goal. Stewart (1G, 2A), Beauregard (1G, 2A), and Matteo Gennaro (3A) led the way with three points each. Dickman and Parkkonen both had a goal and an assist.

Last night’s win for Wichita moved them to 18-6-3-0 on the season (.722 points percentage) and was the first four-goal comeback in at least 15 years.

Wichita continues their 10-game homestand Friday night when they host the Utah Grizzlies for the first of a two-game set.