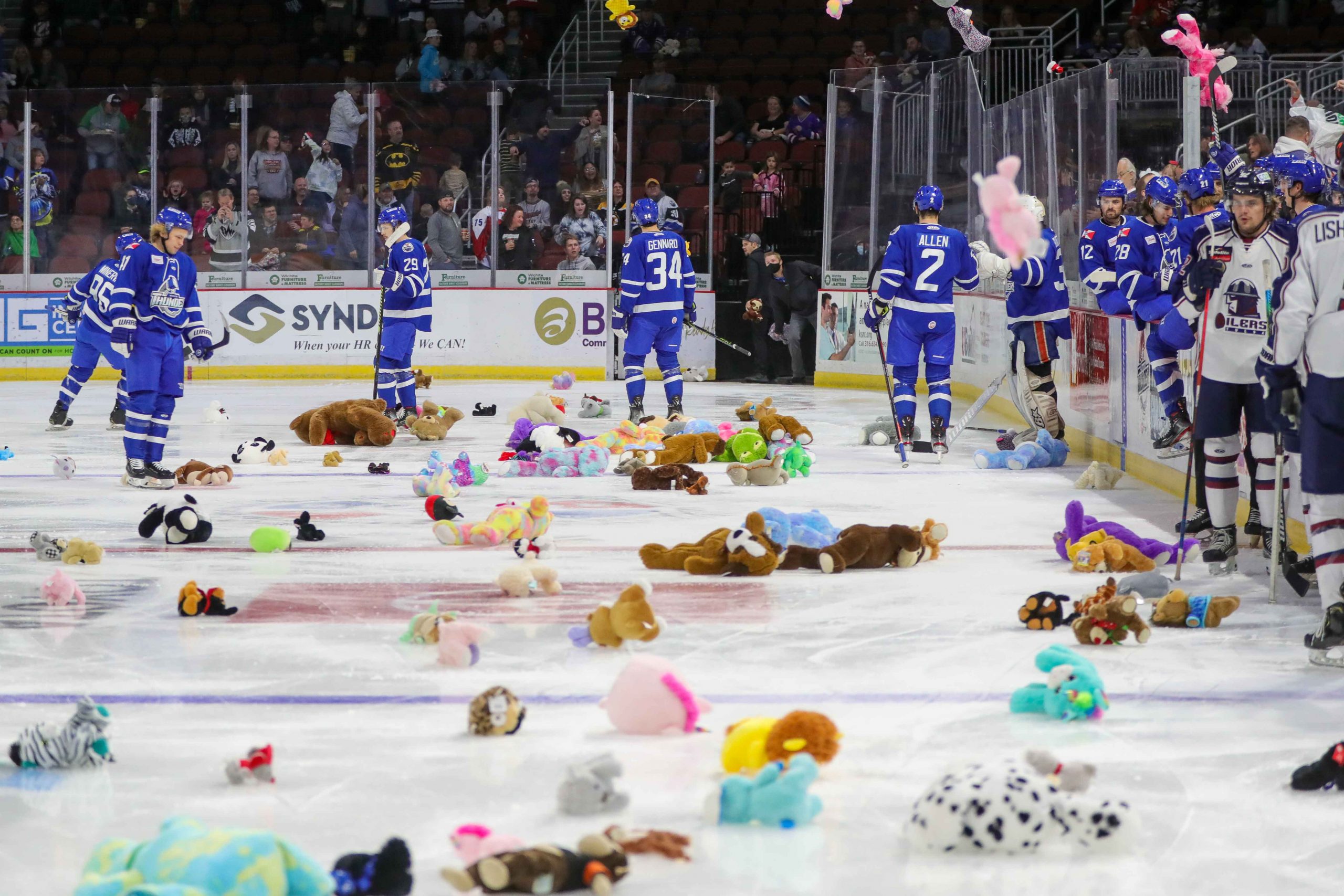 Thunder Strike in Each Period to Stay Hot

For the third time in four games, the Wichita Thunder and Tulsa Oilers hooked up Friday night at INTRUST Bank Arena

Thunder Strike in Each Period to Stay Hot

WICHITA, Kan. – For the third time in four games, the Wichita Thunder and Tulsa Oilers hooked up Friday night at INTRUST Bank Arena. After winning seven of the 11 contests over Wichita last season, the Oilers came into the contest looking for their first win of the season over Wichita, while the Thunder were looking to keep the good times going and extend their point streak to seven games.

Game in a Paragraph

Looking to avenge their overtime loss Wednesday night, the Thunder got off to a good start Friday night. It was a Tim Soderlund goal 1:43 into the contest that sent more than 12-hundred bears of all shapes, colors, and sizes to the ice of INTRUST Bank Arena.

#TULvsWIC | The flight of the teddy bear! Courtesy of Tim Soderlund! 1-0 Wichita. pic.twitter.com/JpRa9xjwby

After a six-minute delay to clean the ice, the momentum seemed to switch to the Oilers’ side, as they controlled the action for a majority of the period, thanks to three Wichita penalties, all of which the Thunder killed off. The Oilers’ inability to score on the man-advantage was a huge early boost for the Thunder, who escaped the opening period with a 1-0 lead. About six minutes into the second, Dean Stewart was left all alone in front of the Oilers’ net, where he beat Daniel Mannella and scored his second goal of the year to double the Thunder lead. Toward the end of the period, the Oilers would get into some penalty trouble and on the ensuing power play early in the third period, Matteo Gennaro scored his second power-play goal in as many games against the Oilers to expand the Thunder lead to 3-0. Wichita continued to press for the fourth goal, but the Oilers defense, penalty kill, and goaltending stood tall. The momentum led to the Oilers getting a late goal by Dylan Sadowy with about five minutes left, but the Oilers would get no closer, losing 3-1. 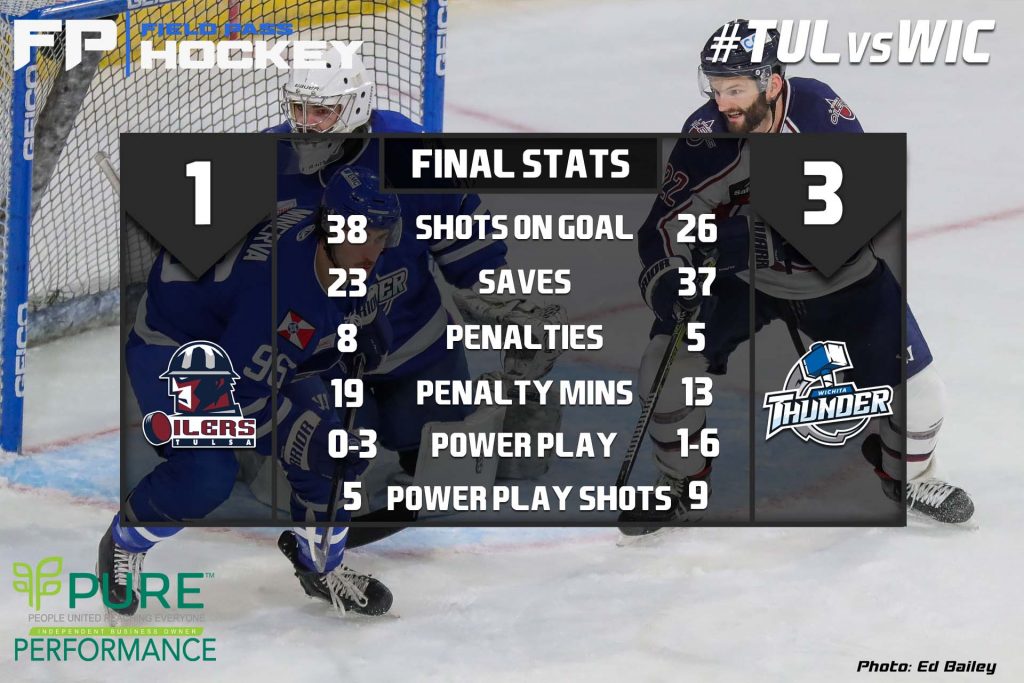