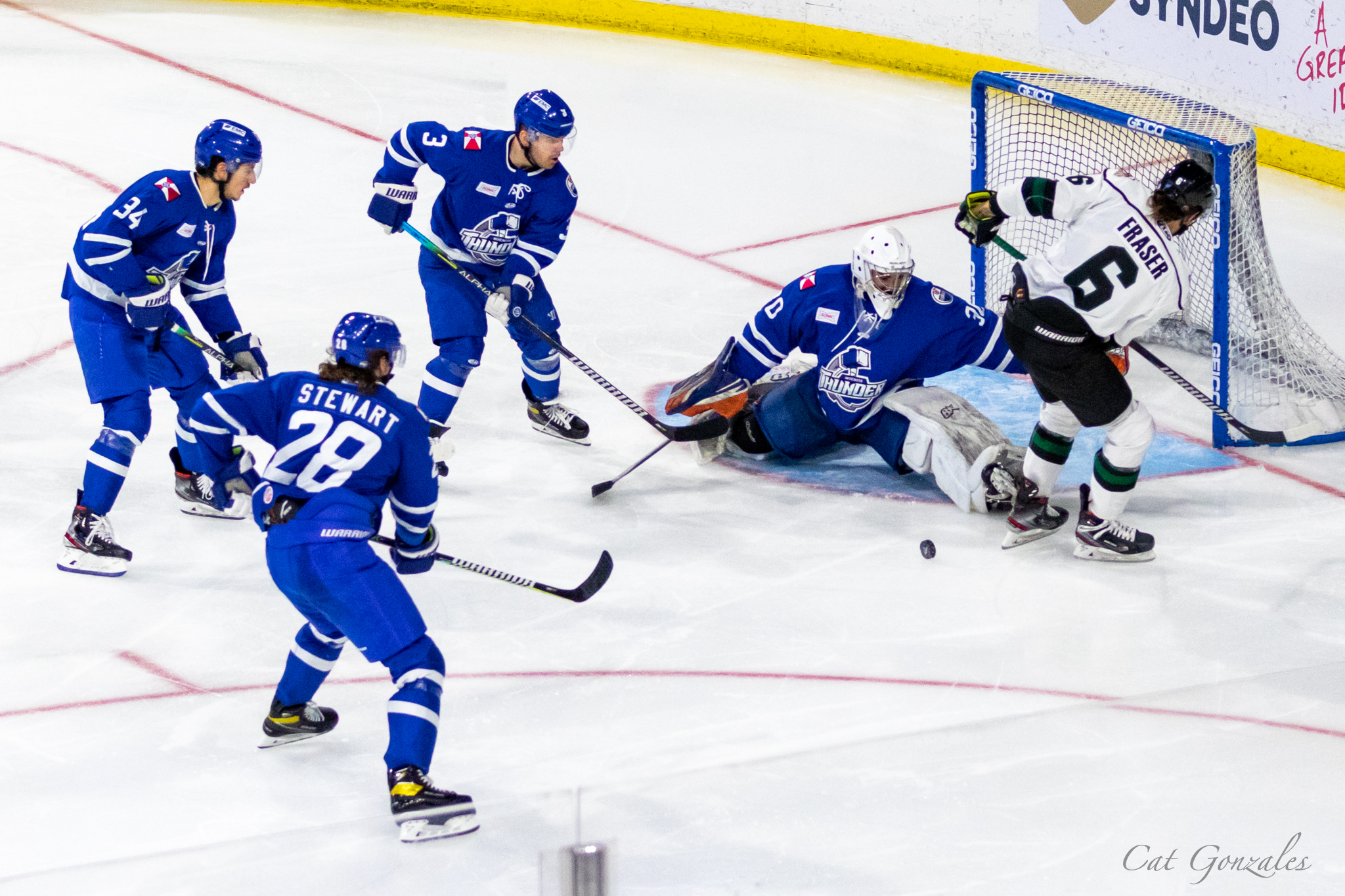 WICHITA, Kan. – Just one day after losing their player/assistant coach, Stefan Fournier, to a team in Europe, the Wichita Thunder added another piece of last year’s team to the fold for the coming season.

Evan Buitenhuis, the team’s stalwart goaltender from last season’s playoff team, comes back to Wichita for his first full season. He was acquired in a trade from Florida on March 24 and quickly asserted himself as the team’s number one goaltender. In 21 starts for the Thunder in the regular season, he went 15-5-0-1 with a 2.19 goals against average, a .937 save percentage, and three shutouts.

For the regular season as a whole, Buitenhuis played for two other teams before joining the Thunder. His journey started in Utah, where he went 1-0-0-3 in five appearances, then on to Florida, where he lost his only appearance prior to being traded. Overall, he went 16-6-0-4 with a 2.88 goals against average, a .906 save percentage, and three shutouts. The body of work in the season was good enough to make Buitenhuis runner-up in the ECHL’s Goalie of the Year honors, and earn him a spot on the All-ECHL second team.

Additionally, the 28-year-old netminder made his first playoff appearance last season, playing in all five games of the Thunder’s conference semifinal series against Fort Wayne. He went 2-2-1 with a 2.79 goals against average, and a .908 save percentage in just over 300 minutes of playoff action.

Looking ahead to this season, Buitenhuis will anchor the crease for Wichita. It seems increasingly likely that the Thunder’s AHL affiliate, Bakersfield Condors, will send down a netminding prospect, either Olivier Rodrigue or Ilya Konovalov. Should such a scenario play out, the Thunder could be really good between the pipes.