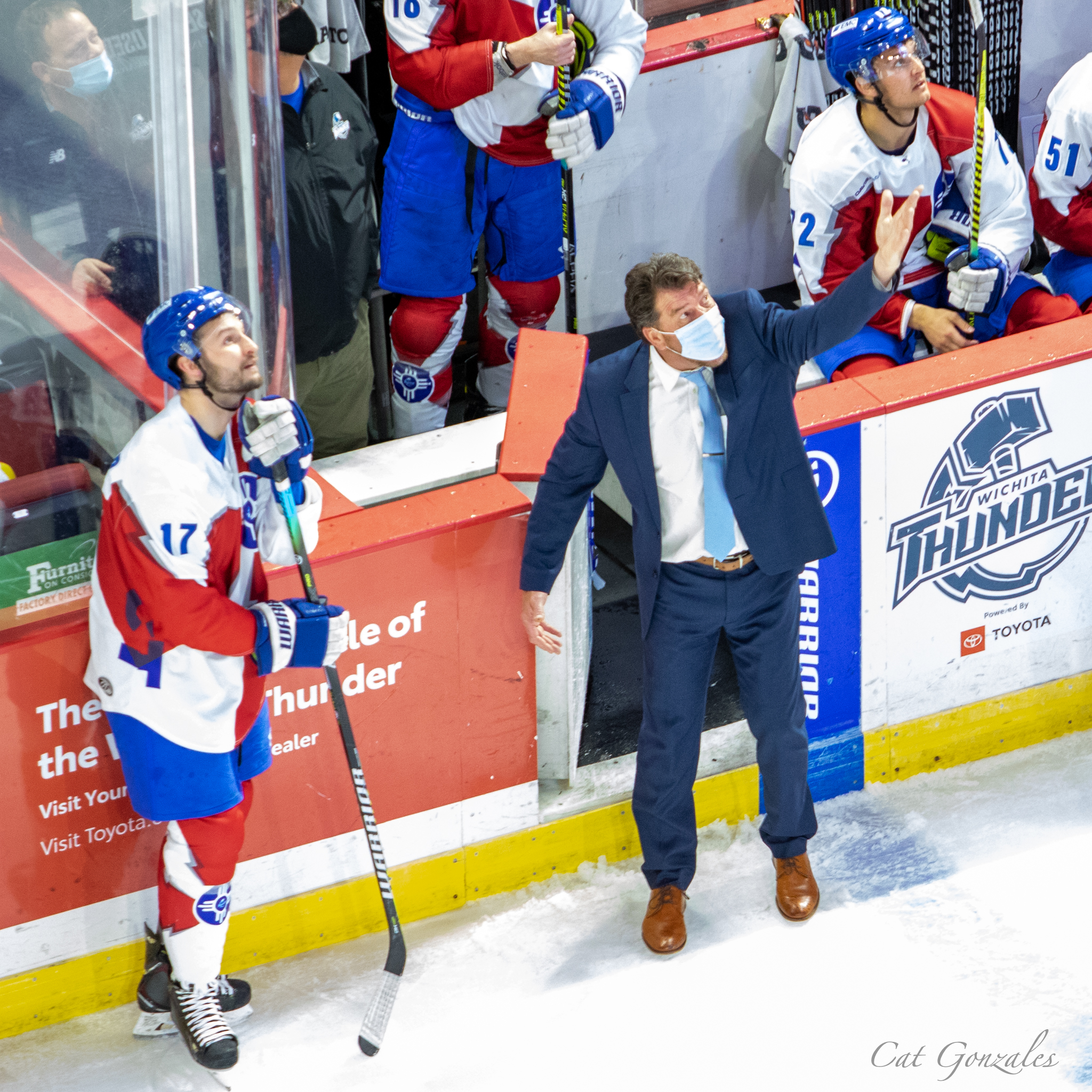 WICHITA, Kan. – Nearing the end of a season that could end with him winning the league’s Coach of the Year award and possibly more, the Wichita Thunder have inked head coach Bruce Ramsay to a contract extension.

This season, Ramsay has led the Thunder to their fifth 40-win season in franchise history, second Kelly Cup Playoff berth, and most road wins in team history (22 and counting).

“I’m thrilled that Bruce will be remaining with the Thunder”, said General Manager Joel T. Lomurno. “Not only has he done a remarkable job this season, but he is well-liked and respected by his players, the Thunder staff and fans, as well as his ECHL peers. We look forward to building on the success of this season well into the future.”

Ramsay was hired by the club on May 18, 2019, returning to the ECHL after a three-year stint as an assistant coach of the Grand Rapids Griffins, where he won a Calder Cup championship.

With just one returning player on the roster from the 2018-19 squad, Stefan Fournier, Ramsay quickly went to work to begin laying the foundation for a core of players last season, signing Peter Crinella, Spencer Dorowicz, Beau Starrett, and Mitch Gillam, as well as acquiring players such as Jacob Graves. While the squad didn’t have a lot of success on the ice, going 24-30-8-0, it did give Ramsay the ability to re-sign those players, while adding to the group, getting key additions such as likely ECHL MVP Anthony Beauregard, Mathieu Gagnon, Matteo Gennaro, and Dean Stewart.

“I’m very excited to be staying in Wichita,” commented Ramsay. “I’d like to thank the Steven Brothers, Joel and the Wichita Thunder family for all the support that I’ve received throughout the year. It’s been a fantastic season and I look forward to what we can continue to do here in the future.”

After his playing career ended in 2005, he was named the Head Coach of the ACHL’s St. Pete/Winston-Salem Patriots. His head coaching career spans 11 seasons, including stints with the Beacons (2002-04), Muskegon Fury (2004-08), International Hockey League’s Muskegon Lumberjacks, and the Oilers. Ramsay has consistently led his teams to the postseason, making the playoffs eight out of 12 years. He is eight games shy of coaching in 900 career games behind the bench.