Head Coach Tim Army is entering his second season with the Iowa Wild and has the Calder Cup Trophy in the team’s sights.

DES MOINES, Iowa – Poet Felicity Luckey once wrote, “Your hockey goals should be out of reach but never out of sight.” That could very well have been the mantra of the Iowa Wild through their first five seasons, but not anymore.
This team spent their first five years in the Hawkeye state on the outside of the playoff picture but, after a successful run which led to the second round of the Calder Cup playoffs, the Wild are driven to keep that championship goal in plain sight. A goal that seemed far-fetched two seasons ago, but could very well become reality under second-year Head Coach Tim Army.

A Resume Few Can Match

To say that Army came with an impressive set of credentials is like saying January can be a little chilly in Des Moines. He had coached at every level of the sport, including being a head coach at his alma mater, Providence University, and an assistant coach with the Anaheim Mighty Ducks, Washington Capitals, and Colorado Avalanche. Army even had three years of experience as a head coach in the AHL, leading the Portland Pirates to a combined record of 99-89-26 and two playoff appearances. 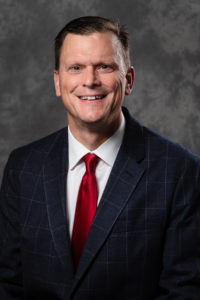 In 2017-18, Army was an assistant with the Wilkes-Barre/Scranton Penguins after serving six years as an assistant with the Avalanche. That is when the Iowa Wild came calling.
The head coach had always enjoyed the challenge of being the top guy behind the bench, and found that coaching in the AHL offered him some unique opportunities.

“We’re trying to develop players for the National Hockey League. We want to win, to have success, but you also understand that the big club wants you to develop guys. So, you have to build the right balance of winning and developing,” Army said.

Some may find that these two forces would be in direct opposition to one another, but not to the coach. He wants his players to understand that achieving and overcoming in Iowa often means doing so in Minnesota as well.

“You’ve got to win games, you want to make the playoffs, you want to make a run in the playoffs. It’s very important that guys learn to play in that environment. These players all hope one day they will play in the National League and, so, they have to learn how to win at the American League level. They have to learn what it takes to have success at the American League level.”

If a team is going to have success, there has to be a strong relationship between players and their head coach. Long gone are the days of “When I say jump, you say how high” coaching. This is especially true at the AHL level, where a coach is also a teacher, even a father figure to many. This is one aspect of his job that he fully embraces.

“It’s just like raising kids. There’s no off days, there’s no off time. You’re constantly raising your children, and this is like that here in a variety of ways,” Army said. “It’s a constant process where you’re working towards getting to know them. Getting to know them as deeply as you can so that you can act on a deeper, deeper, deeper avenue so you can help them grow as players. I think when you really get to know them as people, it allows you to educate them.”

Some would say that would be a challenge for a 56-year-old man trying to relate to 20, 21, 22 year-olds. After all, Tim Army was drafted by the Colorado Rockies when they were an NHL team (1981). That is not even a concern for the Coach. It has simply meant that he has had some growing to do as well. 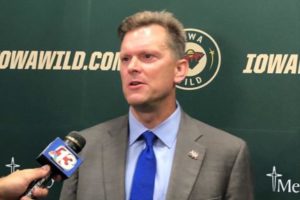 “Today’s world has changed. It used to be when a coach told you to do something, you just did it. Now, kids have more information. They are more engaged in their own development. As a coach, they need to see me involved in their development. There needs to be a deeper level of connection, where I am working to help that player to continue their progress. That only comes by building a deeper connection.”

The Proof is in the Pudding

Clearly, Army is proving that his own growth creates success on the ice. Just look at the results.
In his first three seasons as the head coach at Providence, the team made the Hockey East quarterfinals in each season. As an assistant with the Washington Capitals in 1997-98, the team made the Stanley Cup Final for the first time in franchise history. In two of his three seasons in Portland, the Pirates made the playoffs. In 2013-14, as an assistant, he helped the Avalanche reach the playoffs for the first time three years, winning their first division title in 12 seasons.
The Wild head coach gets results. Not by demanding obedience or through authoritarian rule, but by genuinely caring about the development of his players. That is how he was able to lead the Iowa Wild to their best season since moving to the Hawkeye state. Not only did they make the playoffs for the first time, but they also recorded 37 wins and 87 points, both records since leaving the Lone Star state.
Now that the team has had success, there will be greater expectations for this season. “We should be very proud of it, and we want to take that experience and build from it. Now it’s time to reset. We can’t come into this season assuming it’s automatic.”
That is the one message he’s been delivering most to his players. Through his own experiences as an assistant in Colorado, Army saw how a team can read their own pub and believe they are destined for greatness. He wants his team to remember games are won on the ice…not in the newspaper.

“In 2013-14, we surprised everyone, won the Central Division, had 112 points. In 2014 at training camp, we were not in the right place and our guys weren’t in the right place. They just assumed we were going to get back. We were talking about how we were the team that was ready to dethrone Chicago. We forgot about the process,” Army said.
“So, now, we hit the reset button. We get back ready to go earn it again. Everybody says that, but sometimes it is just lip service. We have to be committed to it. We have to get back to the things that make us a good team. We have to be truly committed and prepared to earn it.”

There is no doubt that Tim Army will have the Iowa Wild focused on earning every win. They will be fighting hard for every puck, outworking every opponent in the corner, and playing aggressively to dominant opponents each and every night.

While reaching the playoffs for the first time was a nice feat, the expectations are going to be much higher this season. Making it to the second round is no longer considered a big achievement. This is a team with Calder Cup aspirations, and they will need to have that kind of tenacity to earn a trip to the finals.
That is not going to be easy. Several key members of last year’s team have moved on, including leading scorer Cal O’Reilly and No. 1 goalie Andrew Hammond. However, the Coach isn’t focused on the losses. Instead, he’s looking at the new opportunities.
“It’s going to be a little different,” he explained. “We needed to get a little bit bigger, but we didn’t want to give up our speed. I think we’ve added speed and we’ve added some physicality. We’ve added some leadership in Cody McLeod and others. We should be able to build off the base of what we accomplished last year.”
This looks to be a team that is ready to take their game to the next level, but the elephant in the room is what is going to happen in St. Paul. Many look at the age of the Minnesota Wild, the competitiveness of the Central Division, and the unlikelihood that the team will make the playoffs and wonder why Minnesota hasn’t already started rebuilding.
That could be the case by January, which would have a dramatic impact on their AHL team. Coach Army is ready, if and when that occurs.

“You’re always anticipating that. It’s going to be a very, very dynamic year. You understand that’s going to happen, that your lineup is going to be ever-evolving. That’s why we have a lot of veteran guys here, guys who played a lot of hockey. We’re going to create an environment for these young prospects to develop, continue to build a winning environment, and get these guys ready to help the big Wild,” he said.

As the 2019-20 AHL season gets set to get underway, Army has his team ready to march toward a Calder Cup title. The Coach has been to the Stanley Cup Final, but has never hoisted a championship cup of his own. That could change this year as the Wild want to make Iowa the State of Hockey.
That would be quite an achievement, but that’s not what drives him. To him, these are his sons. The men he wants to drive and help to become stars in the greatest hockey league on the planet.

As the United States SEALs say, “The only easy day was yesterday.” The changes in Minnesota could make that a reality in Iowa as well, but no worries Wild fans. Head Coach Tim Army will have this team near the top of the Central Division come season’s end. Now, not only is the Calder Cup championship insight, it could very well be within reach.