CINCINNATI – With a heavy burden of expectations riding on their shoulders, it was gut-check time for the Toledo Walleye. Adversity, or the lack thereof, in the regular season can break a team in the playoffs. However, Toledo rose to the challenge, coming out flying in the first period, and never looked back. With a decisive 4-1 victory over the Cincinnati Cyclones, the Toledo Walleye have evened the 2022 Kelly Cup Playoff Central Division Semifinals at two games apiece.

Toledo didn’t waste any time getting a tight grip on this game. Right off the bat, Walleye forward Cole Fraser skated up the right half-wall and found an open lane. The puck wobbled in the air, but Brett Boeing got his stick blade on enough of the puck to deflect it past Cyclones goaltender, Michael Houser. At just 1:47 into the game, Toledo found themselves ahead 1-0.

That set off a series of headaches and frustration for the Cyclones. Toledo took both the score and shot advantage early, rallying against the adversity before them.

For what it’s worth, Cincinnati stayed in the fight, tallying several prime scoring chances early. Most notably, Luc Brown and Louie Caporusso had an odd-man breakout and multiple opportunities, but the puck either went wide, or goaltender Billy Christopoulos was able to make the save.

Also leading the counterattack for Cincinnati was Lukas Craggs, who contributed both offensively with a couple of grade-A chances from down low, but also made plays away from the puck to give his team more offensive zone time. 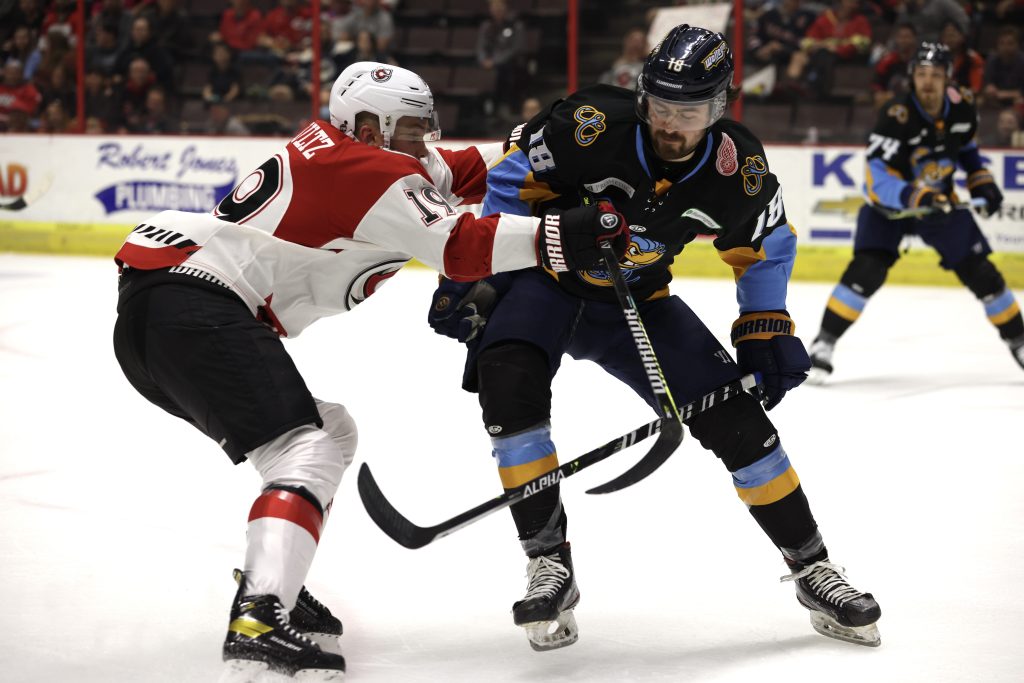 Headlining the first period were two separate penalty shots, both awarded to Toledo. This put Houser center stage as he stared down and then denied the likes of Boeing and Patrick Curry.

Overall, Toledo looked much more composed and ready on Wednesday night. In game three, they struggled to keep Cincinnati away from Christopolous and had issues finishing their chances. However, this night was a completely different story.

As the first period came to a close, the Cyclones looked more settled but faced a 1-0 deficit despite a shot count locked at 10 for each team.

Cincinnati found some life to start the second, courtesy of their captain Justin Vaive. Though he had taken an interference penalty at 19:13 of the first, he instantly made up for it in the best way possible:

By making the play that got his team on the scoreboard and tying the game only 1:23 into the period.

As the penalty expired, Justin Vaive raced to an unchallenged puck. Billy Christopoulos didn't see him and left his crease. Not far behind was Zack Andrusiak, who corralled the puck and scored the tying goal.

It was quite the head-scratcher of a play. It’s unknown if Christopoulos just didn’t see Vaive bearing down on him as he traveled miles out of his crease to corral the puck. Vaive raced in directly from the box and gained control. Streaking in from the neutral zone was Zack Andrusiak, who ended up one-timing the puck for the goal. 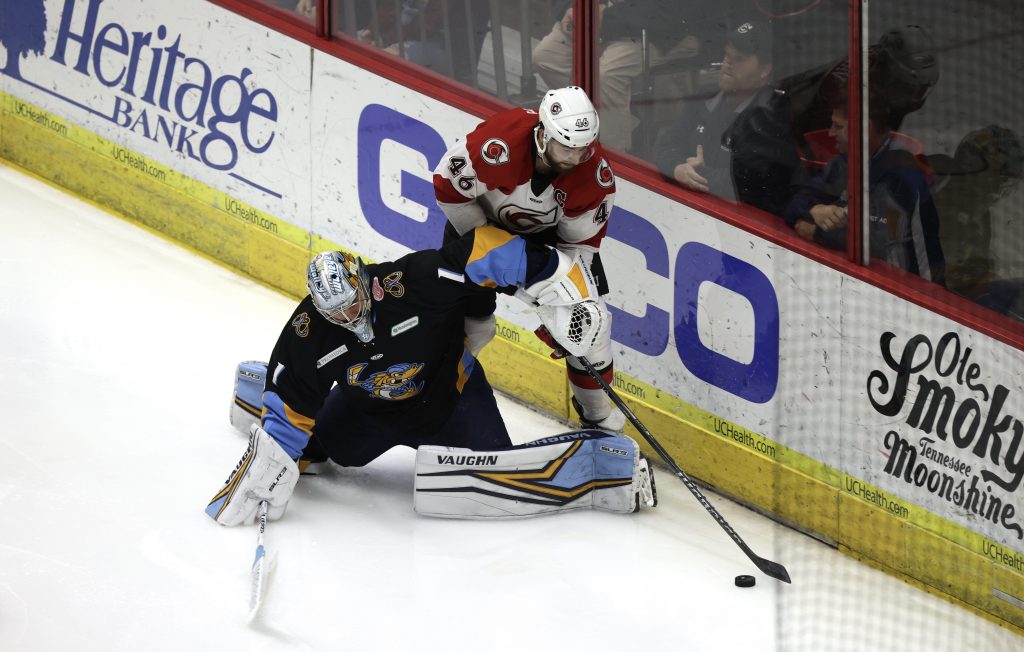 That goal lit a fire under the Cyclones as they just ate up possession time, seemingly with fire under their skate blades. But, that drive and effort would be short-lived after Houser was given a holding penalty. He expressed his frustration with the officials, gesturing and obviously worked up.

TJ Hensick has been one of the best players for the Walleye all season long.

He's adding more evidence to that claim with a power-play goal from the slot.

This sent the Cyclones flying, but they couldn’t solve Christopoulos, who looked the most dialed-in he has thus far. However, more chances would come their way, mainly coming from Wyatt Ege, Lincoln Griffin, and Caparusso.

Despite that, Toledo would end the period with another even-strength tally. It took 13 periods, but Toledo was the first to claim the first multi-goal lead of the series. Ryan Lowney found Brandon Hawkins on a long pass. Hawkins then made a crisp pass to Curry for the 3-1 tally.

Despite the multi-goal lead, the Walleye were relentless throughout the third. They were in a goal-first mentality when they could have just easily run down the clock and played keep-away with the puck. It was a clear message being sent. “We are here to compete and won’t back down.”

Cincinnati threw everything they had at Christopoulos, whether it was prolonged possession, quick flurries of shots, or odd-man rushes. The netminder turned them all away.

Cincinnati really putting on the pressure trying desperately to make this a one-goal game. The latest coming from Zack Andrusiak.

The crowd at the Heritage Bank Center was in fine voice, urging their hometown Cyclones to find their way back into the game. However, it was all for naught as the Walleye ended up with the empty-net tally from Hawkins at 18:09.

At the end of the game, the crowd saluted their team, which was reciprocated in kind from the ice.

After the game, Andrusiak met with the media. When asked about their scoring difficulties and Christopoulos’ performance, he had this to say:

“We had a quite a few chances we couldn’t bury. Sometimes it goes that way. We obviously had a good night last game. Tonight, we had a tough time burying them. We just got to keep going and stick with it and keep getting pucks to the net, bodies to the net. Hopefully they’ll go in.”

“I thought his performance was unbelieveable. His job is just to keep us in there the best he can. Unfortunately, I felt as a team we let him down tonight. We took ridiculously foolish penalties and two penalty shots, but he battled for us all night and we’ll be sure to come out better tomorrow night.”

“It’s all about doing things right, the little things that we weren’t doing the last couple of games: blocking shots, getting pucks out, and moving pucks through the neutral zone. Just all the things we try to preach and teach, we ended up doing tonight, and it paid off for us.”

Both teams will meet up again at the Heritage Bank Center on April 28th at 7:35 pm. After that, the series will return to Toledo until a winner is decided.