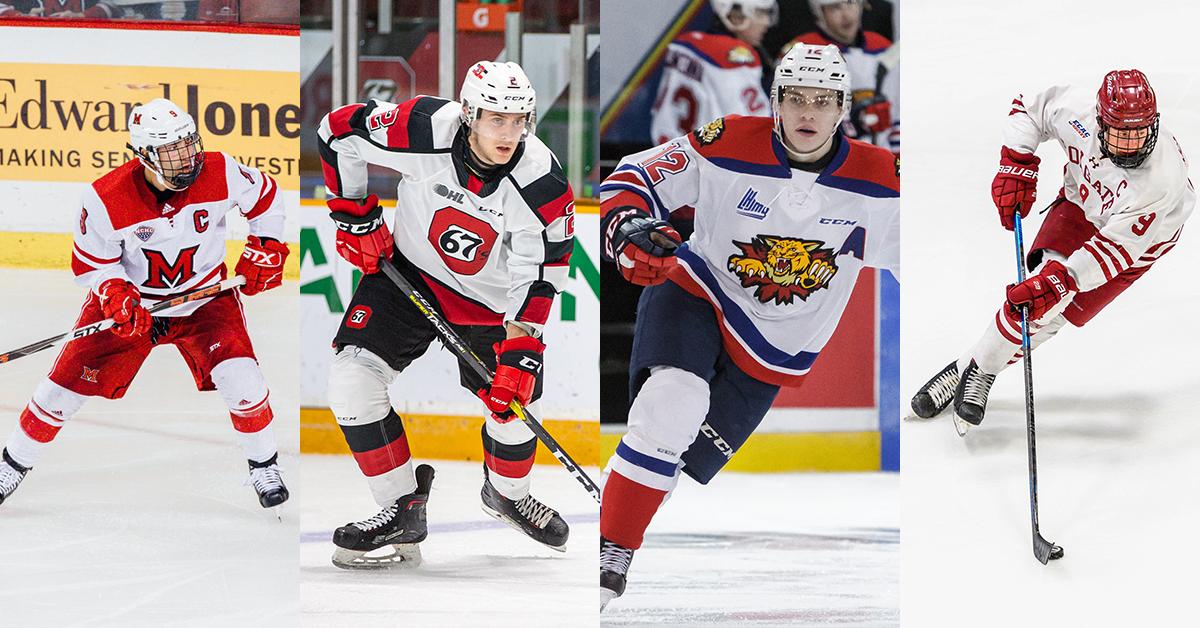 WICHITA, Kan. – The wait for NHL/AHL contracted players for Wichita Thunder fans is over. Tuesday, the American Hockey League’s Toronto Marlies sent four players, all rookies, down to the Thunder.

Wichita Thunder head coach Bruce Ramsay confirmed the Thunder will work with the Toronto Marlies this year, a deal that was built by general manager Joel Lomurno.

“It is great to work with Toronto because they have so much depth in their organization,” Ramsay said. “It’s great to receive players you know you’ll have in your lineup for a solid portion of the year. We are excited to see these players on the ice.”

“We’re tremendously excited to work with Toronto in helping them develop their players this season. The success the Maple Leafs have had in Newfoundland helped us move in this direction,” Lomurno said. “It’s a big help to us while each of the other teams have varying degree of players assigned to them, it creates a level playing field.”

The Thunder’s primary player development partner remains the Edmonton Oilers, but ECHL rules do allow for a primary and a player assignment agreement.

Lomurno said the plan is to get some players down from Edmonton once they get into the new year.

The three forwards sent down; Gordie Green, Jeremy McKenna, and Bobby McMann, are all coming off impressive collegiate and junior hockey careers.

Green, 23, enters his first season as a pro. The Ann Arbor, Michigan native recently completed a four-year career at Miami University. He’s coming off of his best year with the Redhawks, notching career-highs in points (36) and assists (22) while also being named as team captain. The 5-foot-8, 172-pound forward finished with 115 points (48g, 67a) in 145 career games and was named to the NCHC Second All-Star Team.

Kyle Cushman, with Recruit Scouting, says Green is a fascinating player with upside for both the Marlies and Thunder: “Small winger that consistently produced in a tough conference with Miami-Ohio, if he can adapt to the pro game I think he could be a sneaky good pickup.”

McKenna, 21, turns pro after a successful junior career with the Quebec Major Junior Hockey League’s Moncton Wildcats. A native of Canmore, Alberta, the 5-foot-10, 174-pound forward led Moncton last season with 40 goals and was third in the league in that category. He recorded at least 70 points in three-straight seasons, notching a career-high 82 last year (40g, 42a). Overall, he piled up 282 points (137g, 145a) in 259 career games. McKenna served as an alternate captain for three-straight years as well.

According to Cushman: “McKenna was going to make his pro debut last year but returned to the QMJHL despite signing with Stockton after the 2018/19 season. He’s a big goal-scoring threat off the right wing with 36, 45, and 40 goals the last three seasons.”

McMann, 24, is coming off a terrific senior campaign at Colgate University. The Wainwright, Alberta native served as team captain and was nominated for the Hobey Baker Award last season. He recorded a team-high 20 points (10g, 10a) in 34 games. He finished his career with 92 points (37g, 55a) in 145 games for the Raiders. In 2018-19, he was named to the ECAC Third All-Star Team.

On the blueline, the Thunder were also assigned defenseman Noel Hoefenmayer.

Hoefenmayer, 21, also turns pro this season. A native of North York, Ontario, the 6-foot, 192-pound defenseman was a fourth-round draft pick (#108 overall) of the Arizona Coyotes in the 2017 NHL Entry Draft. He had an outstanding career with the Ontario Hockey League’s Ottawa 67’s where he was named the 2019-20’s CHL (Canadian Hockey League) Defenseman of the Year, OHL First All-Star Team, OHL Most Outstanding Defenseman (Max Kaminsky Trophy), and OHL Most Points by a Defenseman. Hoefenmayer racked up 82 points (26g, 56a) in 58 games. He served as an alternate captain for the past two seasons. Overall, he tallied 222 points (65g, 157a) in 298 games, finished with a plus-59 (was a plus-97 in his final two OHL seasons), and also recorded 33 points (12g, 21a) in 33 playoff games.

Cushman feels Hoefenmayer can be a top-four defenseman right away: “He’s coming off of a dominant OHL season in which he probably could’ve got an NHL contract as the top CHL defencemen. I would expect him to be a big minute player in the ECHL from day one.”

The Thunder return to action on Saturday, December 26, when they play the Kansas City Mavericks. You can listen to every Wichita Thunder game exclusively on The Sin Bin app!

Matthew Harding and Matthew Will cover the Wichita Thunder for The Sin Bin. Follow and interact with them on Twitter @SinBinThunder.