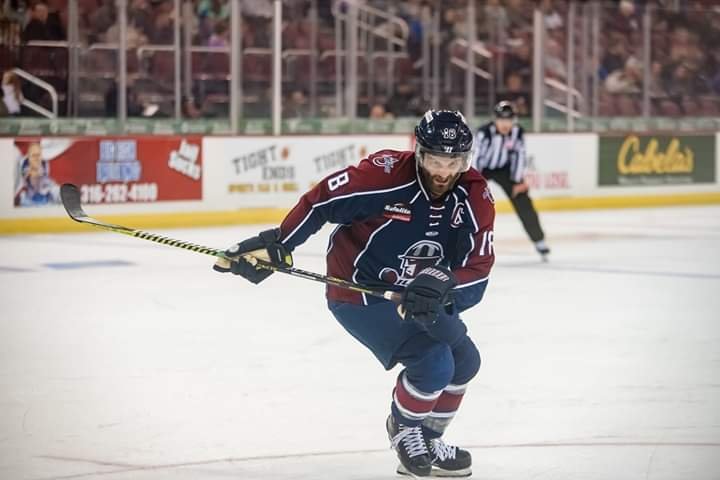 TULSA, Okla. – The Tulsa Oilers came into the campaign as defending Mountain Division and fresh off a trip to game seven of the conference finals.  Expectations were high with the core of the team returning including Head Coach Rob Murray, who had signed a two-year extension over the summer.  Visions of a second-straight division title and another deep playoff run were dancing through the heads of Oilers fans as the calendar turned to October.   There was a different script in store once the puck dropped, however, as Tulsa was shocked back to earth by a sloth-like start to the season.
Final Record: 29-26-7-1 (4th in Mountain, 7th in West)
Leading Scorer: J.J. Piccinich (54 points) 12 goals, 42 assists
Best Netminder: Devin Williams 17-12-2 .905 Save Percentage 2.72 Goals Against Average

High Point: Yet to come.  The Oilers were playing their best hockey of the season when play was halted and there is no reason to believe they had fully peaked.  Tulsa was 7-2-2-0 in its final 11 games and was 14-5-5-0 going back to the middle of January. The Oilers had just caught the Rapid City Rush for fourth in the Mountain and seemed likely to secure the last playoff spot despite having three fewer games remaining than the Rush.
Low Point: Squandering a home-loaded opening of the year.  Tulsa was given a chance to get off to a great start to the season with six of the first seven contests coming inside the BOK Center.  The Oilers won just two of the seven. Sandwiched between two wins against an overmatched Kansas City Mavericks squad was an ugly five-game skid in which Tulsa allowed 24 goals.  The Oilers surrendered five tallies in each of the first four losses, but the defense tightened and held the Rush to four in a 4-1 defeat. Tulsa would spend the next three months fighting just to return to .500.
Highlight of Season: Adam Pleskach passing Doug Lawrence for most games ever played for Tulsa.  Pleskach pulled on a Tulsa sweater for the 429th time on December 21st in Wichita, passing the 428 career total of Lawrence.  The bearded smile of number 18 has become a fixture in Green Country over the last seven years and without question is the face of the franchise.  Tulsa’s captain played in every game for a third year running and finished the campaign with the count at 461 after the suddenly shortened 63-game season schedule.

Miles Liberati – Liberati came to Tulsa from the South Carolina Stingrays over the summer and made an immediate impact from the blueline.  Liberati annihilated his previous career-high of 15 points set in 2016-17 by posting a whopping 46 points for the Oilers in 2019-20.  The 24-year-old defenseman from Pennsylvania scored 11 goals while assisting on 35 others as he helped guide Tulsa back from the rough start.
J.J. Piccinich – The Oilers signed Piccinich fresh of his 2019 Kelly Cup Championship with the newly founded Newfoundland Growlers.  He seemed at home from the get-go in Tulsa and was the most consistent Oiler throughout the season. He finished 12 goals and a career-high 42 assists as he lead Tulsa with 54 points on the campaign.  He was also selected to represent Tulsa in the 2020 ECHL All-Star Classic in Wichita, where he showed his blistering speed as he captured the title of fastest skater during the skills portion of the competition.
Jared Thomas –  Thomas suffered from a sophomore slump during his second season wearing navy and maroon, dropping from 21 goals and 65 points in his rookie campaign to just seven goals and 31 points this year.  He struggled to find his groove all season and was never able to be the contributing force he was a year ago. Thomas was nearly dealt to the Florida Everblades during the year but returned upon finding an injury during the physical for Florida.  His play was on the upswing when the season was canceled, but his lack of early production was a small but significant factor in the slow start for the team.
Ryan Tesink – Tesink was another returning Oiler who failed to live up to expectations, albeit partially due to injury.  The third-year Tulsan was only able to post five goals and 12 assists this season after setting career highs in both a season ago with 25 and 34 respectively.  Tesink played in just 29 games as his 2019-20 campaign was derailed by the injury bug.

If the season continued…how would it have played out?

The Oilers were trending up while the Rush were trending down and would have qualified for the postseason with the fourth and final spot in the Mountain.  Tulsa had overtaken Rapid City thanks to a 14-5-5-0 record in its last 24 games, outscoring opponents 81-64 over the stretch. Both Rapid and Tulsa had five games left against the bottom of the division (Wichita, Kansas City), while the South Dakotans had an extra three games to play against the top squads (Allen, Idaho, Utah).  The teams also met one more time in Tulsa. The Oilers would have held the slim lead they had when play stopped despite the Rush having three games in hand.
Once Tulsa made the playoffs, they would then have had a massive hill to climb facing the Allen Americans in round one.  The Oilers would be a good test for the loaded Americans and are the last type of team a division champ wants to see in round one.  Tulsa had recent playoff experience to lean on while the new group in Allen hadn’t seen a postseason together despite the club’s lofty history.  The games between the two had been tight down the stretch, with Tulsa going 2-0-2-0 in the last four meetings between the squads. There are no more consolation points in the do-or-die postseason, however. The series would be tightly contested and low scoring throughout but when all was said and done the talent of Allen would have prevailed in a six or seven-game series.

Tulsa needs to add more depth defensively in the off-season, as well as securing the return of as many core guys as possible.  The Oilers also need to learn from the slow start and come into next season with a hard-hat mentality from the go. Murray’s teams are best playing smart, hard-working hockey and especially when protecting a lead.  Tulsa had very few leads to work with in 2019-20 and need to be stronger out of the gates in 2020-21. Bringing back players such as Pleskach, Mike McKee, Cory Ward, and Jack Nevins will give the Oilers a tough foundation to build from.
Overall, it was a crazy, frustrating, exciting, unprecedented, and unforgettable season of Tulsa Oilers hockey.  The team showed great heart and seemed to be peaking at the right time after recovering from the rocky start. The world will never know what would have happened had the season continued, but Tulsa fans can sleep well knowing their team was playing its best hockey at the right time.  Oh, and that the Oilers are still defending Mountain Division Champs going into 2020-21.

How do you think the Tulsa Oilers did this season? Vote in our poll!

Could not load the poll.
You can keep up with the Oilers during the extended off-season by following us on Twitter.  Follow @SinBinOilers for our Tulsa take, and @SinBinNews for updates on the AHL, ECHL, and SPHL.