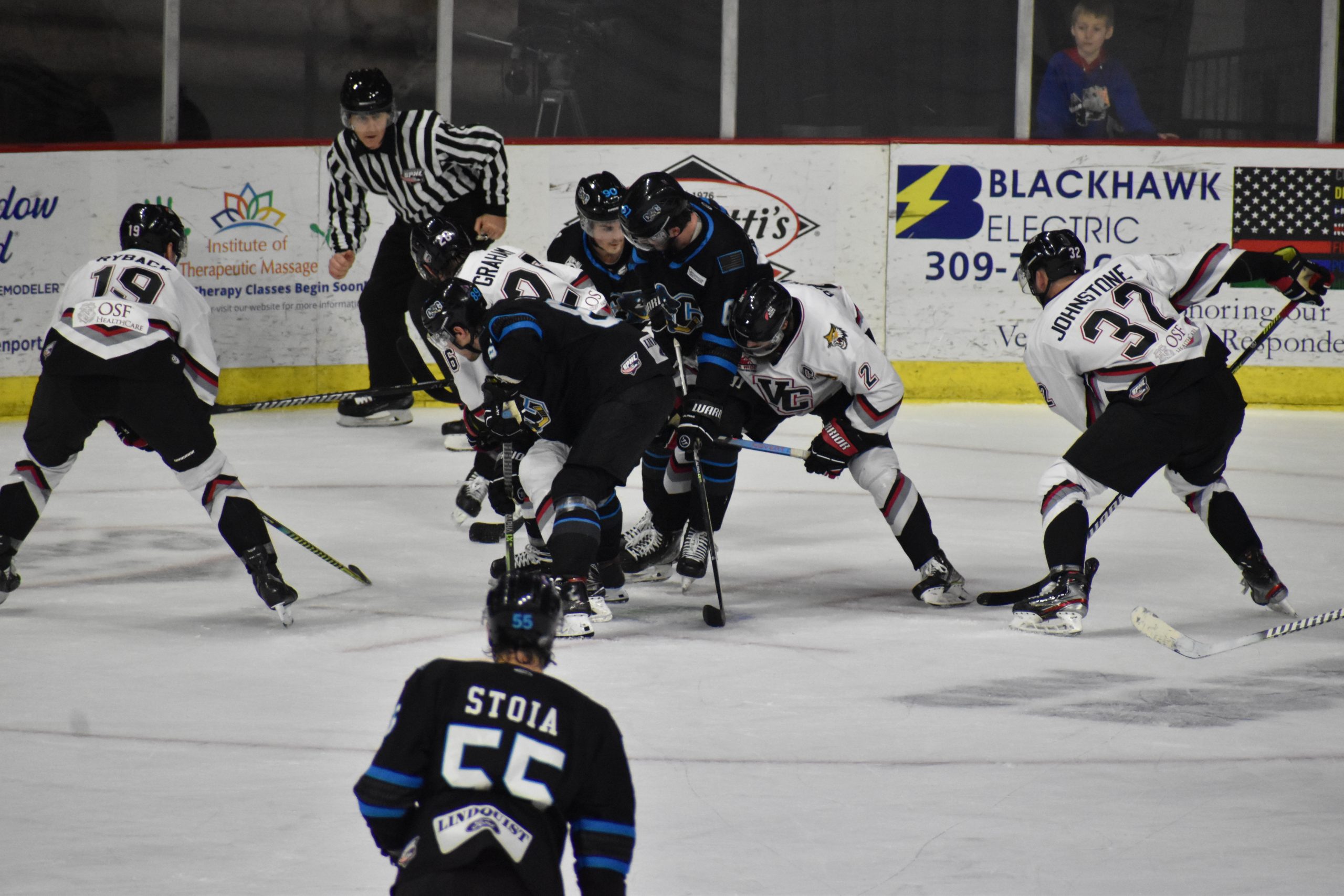 The Vermillion County Bobcats traveled to the Quad City Saturday night in a thriller of a game.

MOLINE, Ill. – The Vermillion County Bobcats traveled to the Quad City Saturday night in a thriller of a game.

Vermillion lit the lamp first with a goal by  Aaron Ryback in the first period. Five more goals had the game tied 3-3 at the end of regulation, so overtime was needed. The Storm’s Carter Shinkurak scored the game winner in the 4-3 victory. This was his first game back on home ice, after a long stint in the ECHL with the Iowa Heartlanders.

Field Pass Hockey’s Emi Anderson was there for all the action!

Emi Marie covers the Quad City Storm for Field Pass Hockey. Follow and interact with her on Twitter @emimariephotography.