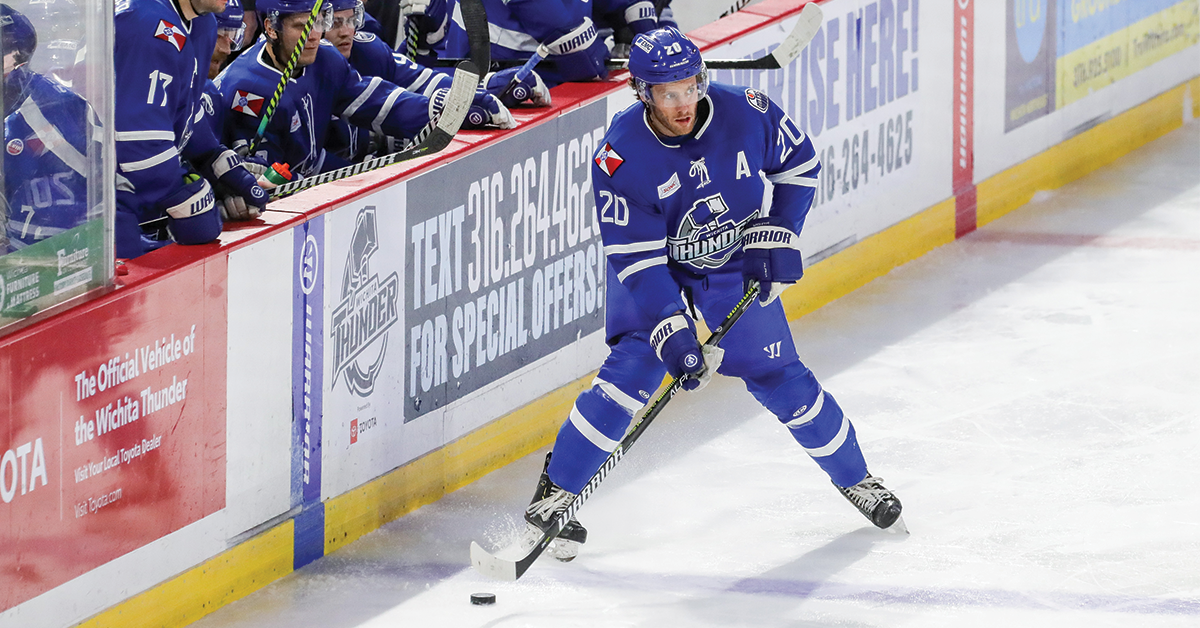 Mired in the middle of a 13-game winless streak, the Wichita Thunder added a significant piece to their defense on Tuesday

WICHITA, Kan. – Mired in the middle of a 13-game winless streak, the team’s longest since the move to the ECHL, the Wichita Thunder added a significant piece to their defense on Tuesday.

Defenseman Jacob Graves returns to the Thunder for a third season of patrolling the blueline. Acquired in a trade with the Reading Royals during the 2019-20 season, the 26-year-old blueliner has played in 92 regular-season games in a Thunder uniform and five Kelly Cup Playoff games last season. He served as one of the team’s alternate captains last season.

“Jacob Graves is a stalwart defenseman who epitomizes what a stay-at-home D brings to the table,” said Thunder head coach Bruce Ramsay. “He is a leader, tough, hates losing, and will hold players accountable.”

Immediately, Graves will help steady a defense that has been shaky during the winless skid. It allows Ramsay and assistant coach John Gurskis the opportunity to reunite Graves with fellow defenseman Sean Allen, who have combined to be one of the toughest D-pairs in the league to play against. Provided Cam Clarke and Dean Stewart return to the lineup soon, this defense could look very different when the team returns home to play Rapid City in a three-game set next weekend.

He turned pro in 2016-17, playing in 42 games with the American Hockey League’s Cleveland Monsters and 188 games at the ECHL level with seven different teams (230 games total).

Before turning pro, Graves played five seasons in the Ontario Hockey League with Mississauga, Kingston, Oshawa, and London. In 2015-16, he won a Memorial Cup with the London Knights. Overall, he saw action in 281 junior games, potting 42 points (3G, 39A) and racked up 452 penalty minutes.

There are additional, significant transactions to be announced by the team in the next couple of days.