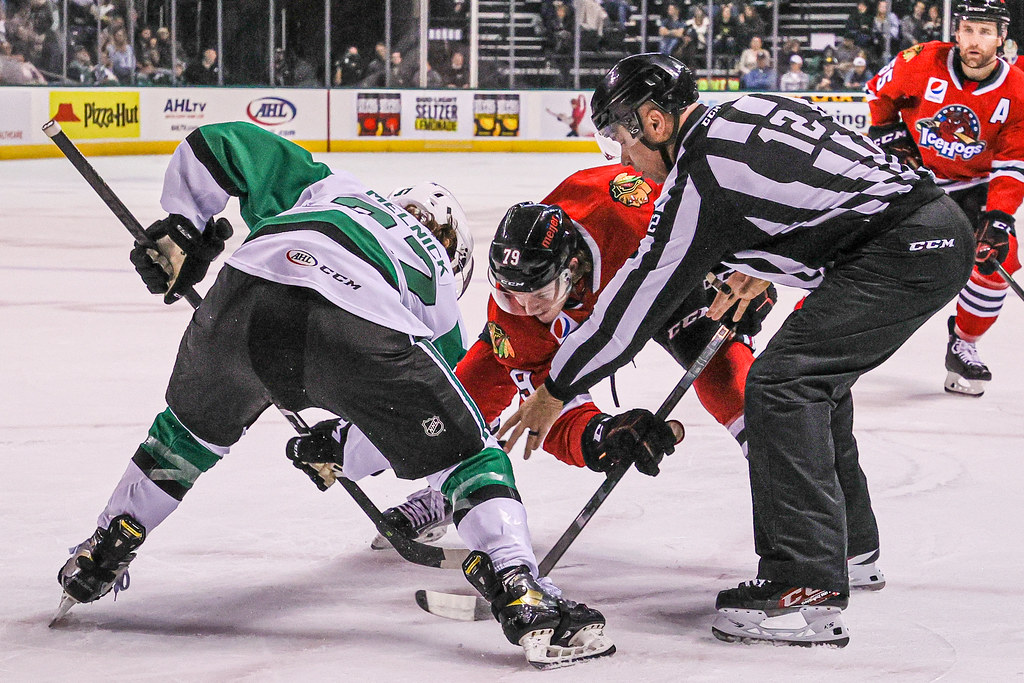 The Rockford IceHogs continue their January homestand tonight and tomorrow night against the Texas Stars.

The Hogs (14-13-1-1) sit in fourth place in the AHL’s Central Division, while Texas currently lounges in the division basement, having won just two of its past ten. The Stars were in Milwaukee Wednesday, dropping a 4-3 overtime decision to the Admirals.

The IceHogs received several players from the Blackhawks this week. Forwards Mike Hardman and Josiah Slavin were assigned to Rockford Monday, along with defenseman Jakub Galvas. Goalie Cale Morris was recalled to Chicago on Wednesday.

Texas In A Nutshell

The Stars are led in scoring by captain Curtis McKenzie (9 G, 11 A) and former IceHogs forward Anthony Louis (9 G, 10 A). McKenzie paces Texas with two goals and three assists in the four games against Rockford. Defenseman Ben Gleason (4 G, 13 A) has a goal and three helpers in three games against the IceHogs this season.

Texas is giving up nearly four goals a contest. This is in part to a very inexperienced goalie tandem heading into the weekend. Due to callups, the Stars have two rookie goalies in net. Matt Jurusik (3.34 goals against average, .894 save percentage) has three games with Texas after starting the season in Wilkes-Barre/Scranton. Adam Scheel (4.13, .868) has struggled; in his last start on January 15, he gave up five goals in 15:10 against Charlotte.

The action on Friday gets underway at 7 p.m. CDT. The puck drop for Saturday is set for 6 p.m.