Officially, this weekend was centered around the alumni of the South Carolina Stingrays and the franchise’s newest hall of fame members, Jeff Jakaitis and Patrick Gaul. 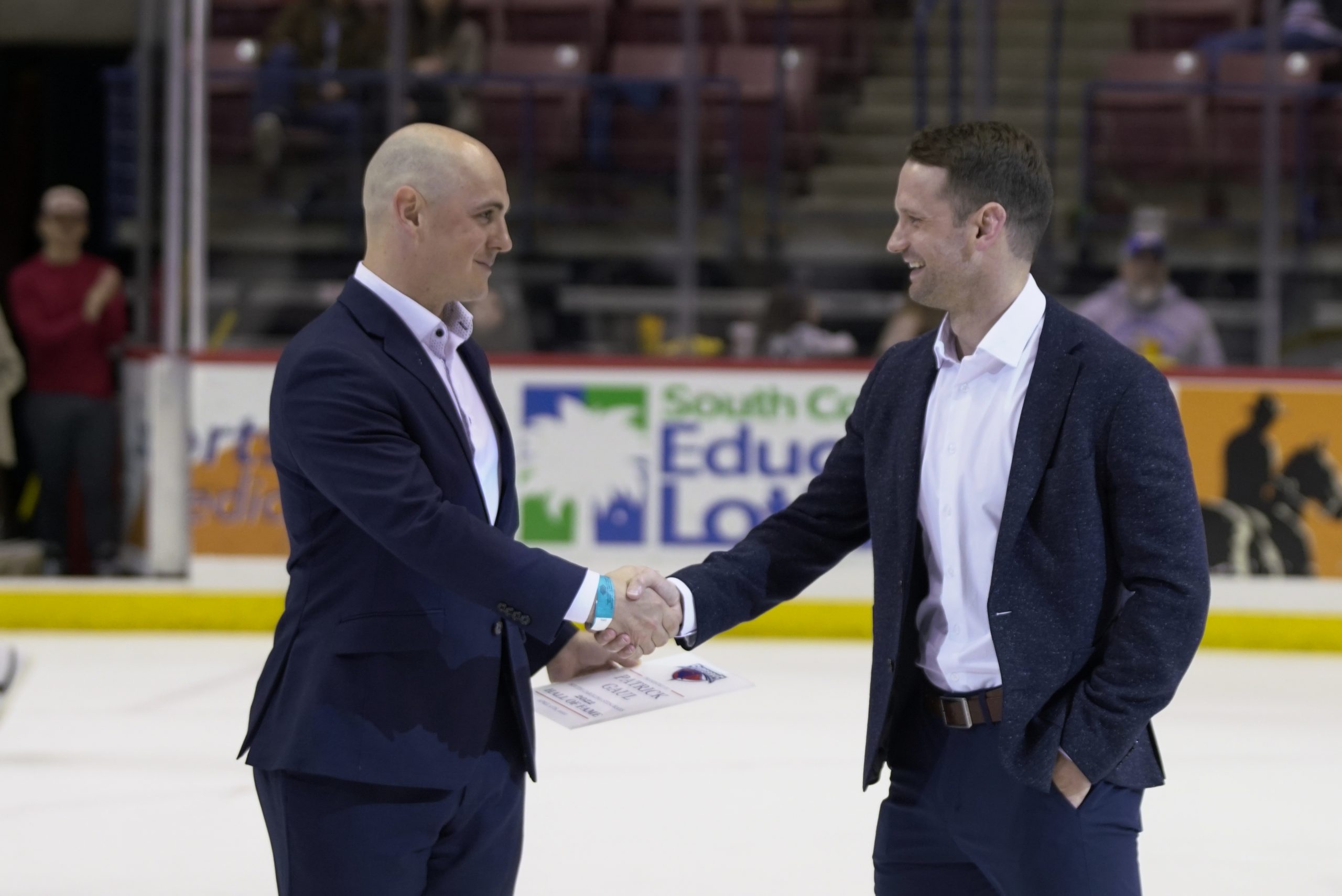 NORTH CHARLESTON, SC – Officially, this weekend was centered around the alumni of the South Carolina Stingrays and the franchise’s newest hall of fame members, Jeff Jakaitis and Patrick Gaul.

In truth, the festivities inside and near the North Charleston Coliseum could have easily been a homecoming weekend, welcoming old and recent faces back to the place which has had special meaning for fans and players alike.

Mike Jickling, whose pro hockey career included 2002 to 2006 with the Stingrays as a center, was among them.

“It’s great to see some guys that I haven’t seen in a long time. In the past, they’ve done some alumni weekends and I really enjoyed it,” Jickling said. “With COVID, there’s been some changes, of course. I’m glad that (Stingrays President Rob Concannon) has gotten this back going again, he’s big on alumni and it’s nice to see.”

Jickling was one of the multiple players on hand Saturday whose hockey journey may have begun elsewhere but put them on a path to the South Carolina low country, a place where they now come home.

For starters, two of the alumni present Saturday were Gaul and Johann Kroll, both of whom now are part of a  financial planning and advisory firm in the Charleston area.  As for Jickling, a native of Edmonton, Alberta, his hockey home became home in other ways over time as well, making Saturday more special.

“The people here in Charleston remind me a lot of home,” Jickling said. “When you meet someone and shake their hand, they become a friend for life.”

While the apex of the weekend’s festivities took place in the first intermission with Gaul and Jakaitis officially being inducted into the team’s hall of fame, the welcoming home began about two hours before face off during an alumni meet & greet at a restaurant nearby to the arena, The Grit Counter.

There, former players greeted one another as well as fans, some of whom welcomed players with hugs in addition to posing for photos and signing autographs.

Becky Gustafson was among them. She and the two others in her group each professed to being long-time fans of the Stingrays.

“It’s great to be able to share their experience and see them being inducted,” she said. “I’ve seen a lot of players come and go here through the years. We love the Stingrays.”

As for Saturday’s game, the Stingrays put forth an effort in front of more than 25 former players and their families that sent a frenzied crowd home happy in a 6-3 win. It all bookended the first-intermission in-ice ceremony that inducted Gaul and Jakaitis, as their names are now added to the hall of fame banners in the coliseum’s rafters. Gaul and Jakaitis also took part in the pre-game ceremonial puck drop.

They’ll be officially inducted into the @SCStingrays Hall of Fame tonight. But before that, Patrick Gaul and Jeff Jakaitis took part in tonight’s ceremonial puck drop! pic.twitter.com/GhB82kTUhc

Over time, there are bound to be fond memories for anyone associated with a franchise such as the Stingrays. Having been a franchise since 1993, the team’s history includes three Kelly Cups. And all the wins, records, titles, and streaks no doubt mean a lot of the many that were part of those moments. But sometimes, some of the fondest memories are of intangible value, as Jickling points out.

“The group of guys we had every year,” Jickling says of his fondest memory. “It was fun to come to the rink. It’s a job, per se, but when you’re having fun, it doesn’t feel like a job.”

And it all happened at a place that has become home for many, drawing them back to celebrate a place and franchise that they deem special.